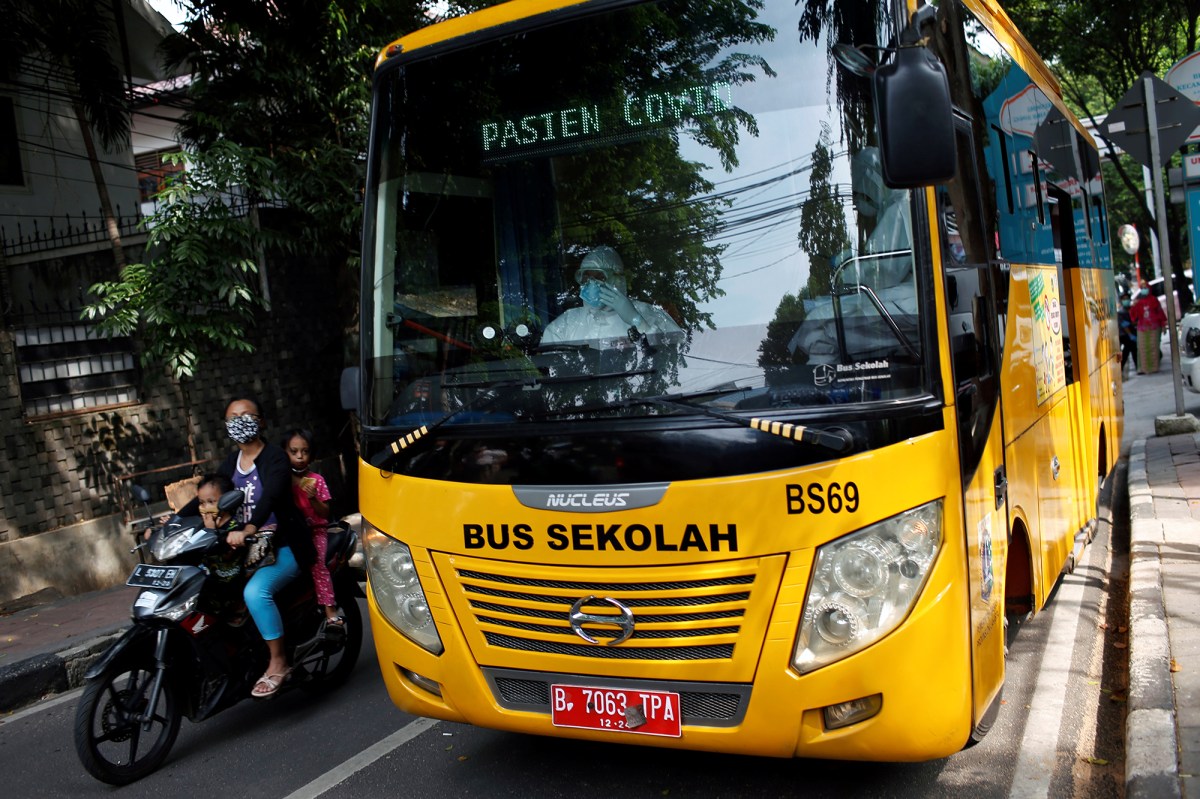 JAKARTA – For the past decade, Yusuf Iswahyu has ferried Indonesian children in his yellow bus to and from their schools.

But with many shut due to COVID-19, the 29-year-old has now signed up alongside other drivers to take patients infected with the virus to an emergency hospital in Jakarta.

Yusuf’s bus has a screen to shield him and he wears protective equipment, but that does not stop him feeling apprehensive – especially after contracting the disease during an earlier stint transporting healthcare workers.

“Of course I am scared… but I never thought of quitting as what I do is not only about work but for humanity,” said Yusuf, who has stayed away from his hometown of Cirebon on Java island since the pandemic began to cut the risk of infecting his family.

Indonesia reported on Friday its biggest daily rise of coronavirus cases for a third consecutive day, and the capital is the epicentre of the new outbreak.

The hospital where Yusuf ferries his charges was converted from the athletes’ village built for the 2018 Asian Games, and it is where he himself became a patient in May.

It is one of several state-appointed facilities where Jakarta governor Anies Baswedan has ordered those infected to be isolated, even if they do not have acute symptoms, in a bid to contain the virus’s spread.

The world’s fourth most populous country has for months struggled to stem a rise in transmission, with 266,845 confirmed cases and a death toll of 10,218, one of the highest in Asia.