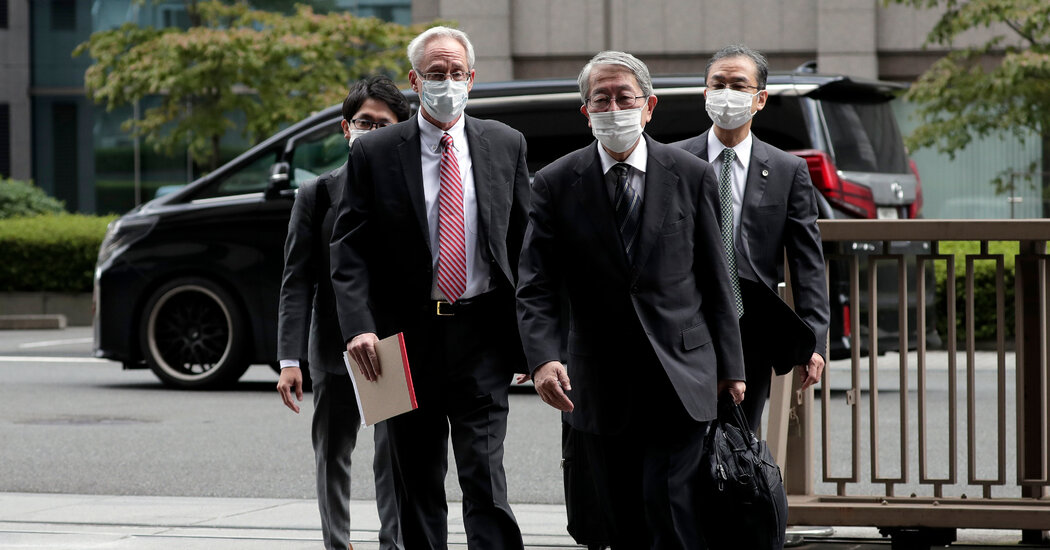 TOKYO — The Japanese government has accused Greg Kelly of helping his former boss at Nissan, Carlos Ghosn, hide tens of millions of dollars of pay from regulators.

But when Mr. Kelly appeared in court on the opening day of his trial in Tokyo on Tuesday, nearly two years after the American citizen was lured to Japan and arrested, he faced charges alone. And proving his innocence in the Japanese court system will be no easy task.

Mr. Ghosn escaped Japan to Lebanon late last year, fleeing what he described as a rigged justice system that would have never given him a fair hearing. Mr. Kelly — who celebrated his 64th birthday in court on Tuesday — is now fighting that same system by himself. Prosecutors in Japan enjoy a conviction rate of more than 99 percent. Mr. Kelly’s lawyers say he has not even seen all the evidence yet.

The stakes are high for the Japanese justice system as well. Prosecutors have faced strong criticism from politicians and businesspeople abroad and legal reformers at home over the treatment of Mr. Ghosn and Mr. Kelly following their arrest in November 2018 on suspicion of aiding a scheme to hide the true level of Mr. Ghosn’s compensation from Japanese regulators.

Mr. Kelly’s trial could be the prosecutors’ best chance to show that the charges are legitimate. A failure to do so could have substantial consequences for the country’s international reputation.

Mr. Ghosn was thousands of miles away when the trial began, but his presence loomed large. The executive famously turned around Nissan, a famous Japanese auto brand bleeding red ink, and built an alliance with Renault of France and Mitsubishi of Japan that became the world’s largest car empire. His arrest shook corporate Japan and the global automotive industry alike.

Already a household name in Japan when he was arrested, he added to his notoriety by hiring private security contractors to lead a daring escape in late December from his home in Tokyo to Lebanon, where he is a citizen and safe from extradition.

While Mr. Kelly’s story lacks some of the drama of his former boss’s international escapade, his attorney, James Wareham, says it too illuminates the inherent difficulty of beating Japan’s justice system at its own game.

In the months leading up to his trial, Mr. Kelly has spent most of his waking hours poring over around a dozen boxes of documents related to the prosecution’s case against him, according to Mr. Wareham. Even as his trial began, prosecutors had yet to hand over more than 70 other boxes, he added. The sheer quantity of documents, amounting to more than a billion pages, has already overwhelmed the team of lawyers hired to examine them on Mr. Kelly’s behalf.

He spoke by phone from the United States. Because of the coronavirus, Japan has placed strict entry restrictions on foreigners, effectively stopping Mr. Wareham from attending Mr. Kelly’s trial. Mr. Kelly is also represented by a team of Japanese attorneys who will present his case at trial.

The prosecutors’ office declined to comment on Mr. Kelly’s case.

Japan’s ministry of justice has disputed statements by Mr. Ghosn and Mr. Kelly that the system is unfair, arguing that its design ensures “basic individual human rights” and that the men have been treated as well as they would have been in any other wealthy, democratic nation.

Nevertheless, in March, three Republican senators from Mississippi and Tennessee, where Mr. Kelly worked for Nissan, wrote an op-ed expressing concerns about the prosecutors’ treatment of the former executive. They said it had raised “serious questions about whether non-Japanese executives can comfortably work in Japan under its legal system.” Mr. Kelly spent $220,000 this year lobbying American lawmakers about his case.

Mr. Kelly began working at Nissan in 1988. By the time of his arrest, he was a director at the company and a trusted adviser to Mr. Ghosn.

Mr. Kelly’s troubles started in mid-November 2018, when he was summoned to Japan by Nissan executives to attend a meeting of the company’s board of directors. He initially wanted to skip the meeting because he had planned to undergo spinal surgery two weeks later, but he got on a flight after he was assured he would be back in time for Thanksgiving. When the plane landed, Japanese prosecutors were waiting for him.

They detained him for over 30 days, interrogating him for hours without a lawyer present. He stayed in jail until Christmas Day, when he was released on bail. He is now living in a Tokyo apartment with his wife, Dee Kelly. Ms. Kelly was unable to get a spouse visa to join him. Instead, she enrolled in a Japanese language school and came to the country on a student visa.

Mr. Kelly pleaded not guilty at the trial’s opening in Tokyo on Tuesday, according to Japanese media. He intends to argue that the discussions about Mr. Ghosn’s compensation never resulted in an actual payment or even a commitment to pay him, Mr. Wareham, his attorney, said. In other words, the reason nothing was reported to regulators was there was nothing to report.

Mr. Ghosn, who was also indicted on three separate charges, has repeatedly said that he is innocent. He has alleged that his arrest was the result of a corporate coup engineered by executives at Nissan determined to prevent a merger between the automaker and its French partner Renault. Nissan, which has also been charged but is cooperating with prosecutors, has denied that claim, saying that the investigation was solely motivated by concerns about executive wrongdoing.

“The case has nothing to do with guilt or innocence,” Mr. Wareham said. “It has everything to do with a corporate coup and efforts to allow Japanese citizens to lie and to entrap, all for the benefit of keeping Nissan Japanese. That’s what the whole case is about.”

Two of the Nissan employees Mr. Ghosn and Mr. Kelly believe were at the heart of that coup received cooperation agreements from prosecutors in exchange for providing evidence against the men and testifying at trial. They continue to work at Nissan, where one of them served as head of the legal department until October.

In response to questions about the case, Nissan said that it “does not comment on pending litigation.”

As the trial opened Tuesday morning, prosecutors presented their opening statement, and Mr. Kelly, too, made remarks to the tribunal of judges who will decide the case’s outcome, according to NHK, the Japanese public broadcaster. Jury trials are the exception, not the rule, in Japan.

It was the first day of a proceeding that was expected to take at least ten months, assuming no further delays from the pandemic or other unforeseen circumstances. The court plans to hold four hearings in September.

“It’s finally starting after 21 months,” Mr. Kelly’s son, Kevin, said in a phone call from his home in the U.S. “I think he’d rather just be heading home, but at least it’s going.”

GameStop short seller says he’s being threatened by its investors