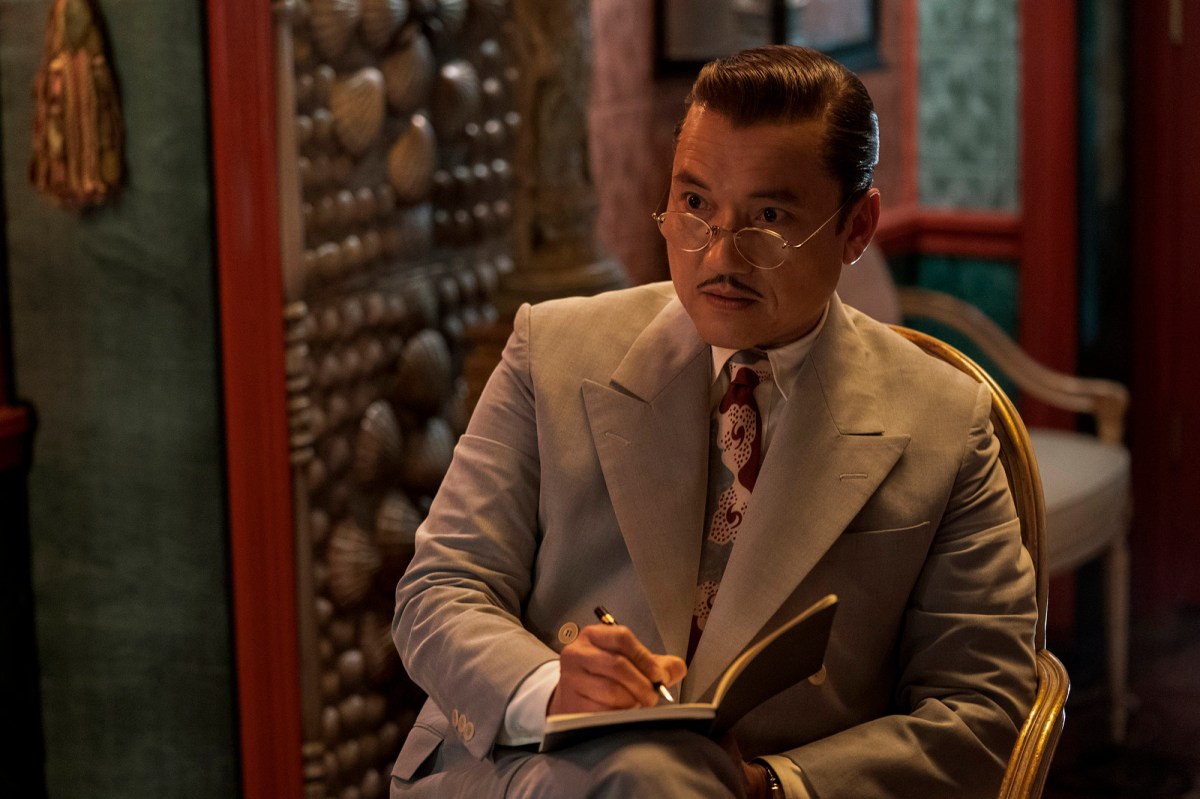 The eight-episode drama starts in 1947, as the evil Ratched (Sarah Paulson) wheedles her way into a job at a California psychiatric hospital run by Dr. Richard Hanover (Briones) — who, like Ratched, is hiding horrific secrets of his own.

Briones, born in the Philippines, appeared in two previous Murphy series on FX: as Ariel Augustus in “American Horror Story” and as Modesto Cunanan, the father of serial killer Andrew Cunanan, in “American Crime Story.” His long TV resume includes roles on “Monk,” “All Rise,” “Designated Survivor” and  “Better Things.”

Briones, 55, spoke to The Post about his “Ratched” role as Hanover.

Were you given a nutshell description of Hanover going into the project?

Before we started shooting, I was sent the first three episodes. Ryan [Murphy] e-mailed me asking if I wanted to talk about my character and I said, “Yes, please,” but it never happened. I don’t know if that was by design, if he didn’t want me to know too much. I remember at the Emmys afterparty for “The Assassination of Gianni Versace” Ryan said to me, “You’re going to be very happy with the role you’re playing in ‘Ratched.’ I wrote you a wonderful character, a brilliant doctor.”  When I was reading the scripts, my wife was reading them as well — she loves to read all my scripts and is a good gauge — and when I heard her in the silence go “Oh my God!” I knew it was good because it’s so hard to shock her.

So you had no idea where Hanover was headed beyond the first three scripts?

No. First of all it was curious that my [character’s] name is [a very American-sounding] Richard Hanover. I thought, “OK, we’re going that way.” There’s a line in the first episode when Mildred says to me, “Excuse me, doctor, are you of Filipino descent?” so they were acknowledging my culture in this character. That grounded me a little. If Ryan didn’t want to talk about it, I made the decision to trust it and see where it took me. Then there’s that scene with Lenore [Sharon Stone] and Wainwright [Corey Stoll] when it’s mentioned that Hanover is Filipino, so I thought, “OK, you’re here now, this isn’t the time to ask questions — piece everything together and do your best.” You have to trust Ryan; his vision is so planned. I didn’t want to shake the tree.

Hanover performs two different types of gory lobotomies on his patients. Did you do any research on that?

Yes, and thank god for YouTube. It’s amazing what you can find there. The thing is, no matter how barbaric lobotomies were, they were used widely during the 1940s. You can see the desperation of health workers to try to find something drastic, since the treatment of mental health was becoming a really big problem.

Describe Hanover for me.

There’s something tragic about him. He’s a brilliant doctor, but his ego gets in the way. I see him as having a God complex, like, “Now I can cure everyone.” He’s a good person, in my opinion, and for him to be all those things to all people, in this world in the 1940s, he basically has chip on his shoulder. He’s trying to make it in a world where people like him are designed to fail. Everything is stacked against him and he made one very big mistake — and it’s a downhill journey from there. He’s a mess.

My very first scene on “American Horror Story” — I joined them in Episode 3 or 4 — was a head-on collision with Sarah’s character. That was an amazing day. She’s wonderful and knows her s–t. She very prepared and very professional. She sets the pace on the set. She’s so much fun and a very generous human being.