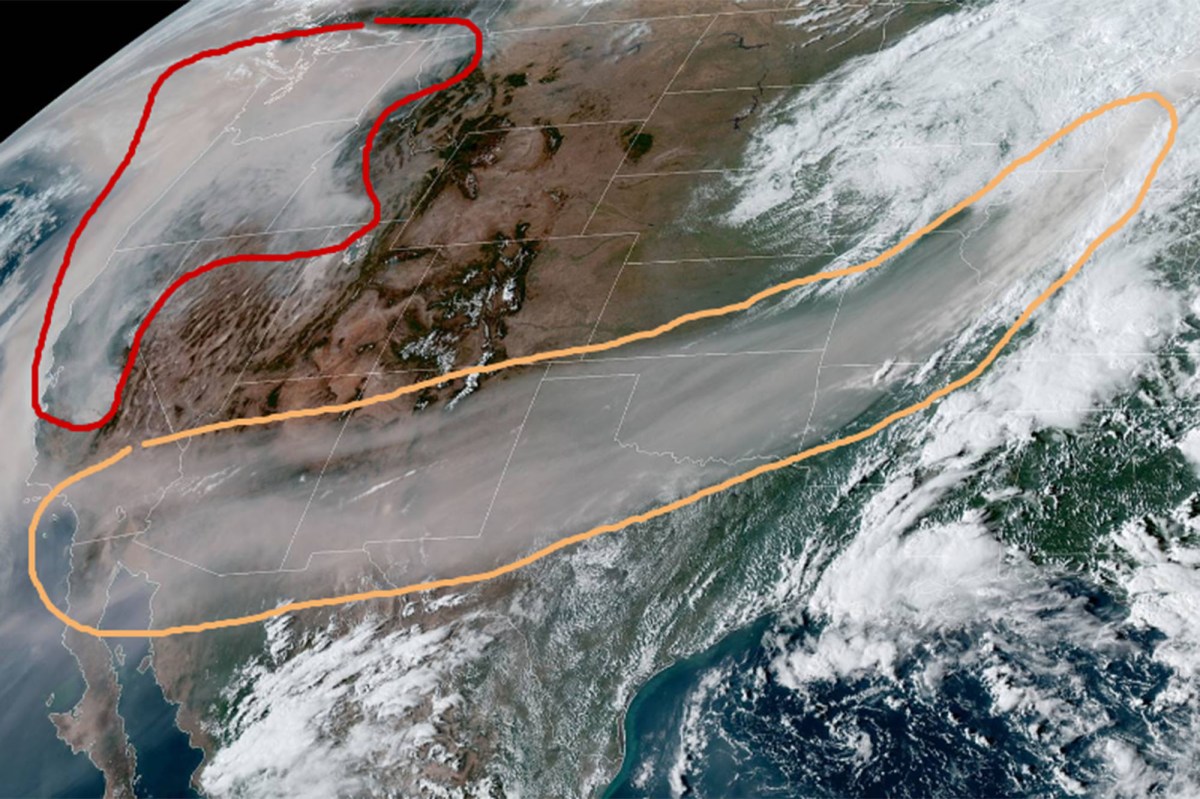 A vast pall of smoke from the West Coast wildfires has been captured in a remarkable satellite image.

The image, tweeted by the National Weather Service Weather Prediction Center, shows smoke stretching as far east as Michigan. The fires have been ravaging California and Oregon.

“Here is a visible satellite image valid at 2 pm PDT showing the vast extent of the wildfire smoke,” the Weather Prediction Center tweeted Saturday. “The area in the orange contour is smoke in the mid-upper levels of the atmosphere that has reached as far east as Michigan! The red contour is the dense smoke near the West Coast.”

Other satellite images have also shown the incredible scale of the wildfires.

The death toll has topped 30 and could increase sharply, with Oregon officials saying they are preparing for a possible “mass casualty event” if more bodies are found in the ash.

California has borne the brunt of the death toll so far, as more than two dozen active major fires have burned thousands of square miles. President Donald Trump plans to visit the state Monday for a briefing.

No, Joe Biden did not have a maskless birthday party last week.

Sony CEO on PlayStation 5: ‘Absolutely everything is sold’