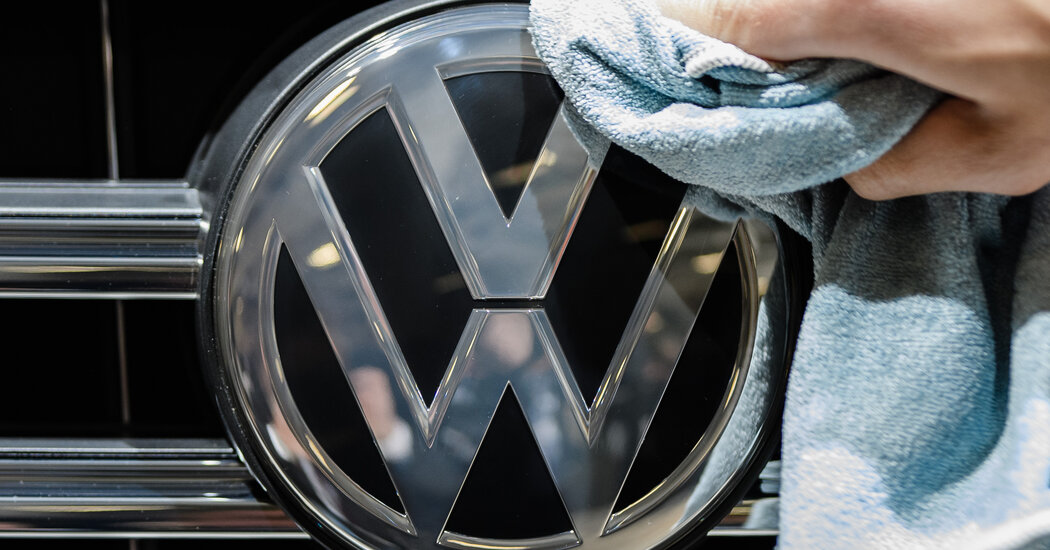 Volkswagen completed the corporate equivalent of probation after a court-appointed monitor said Monday that the carmaker had fulfilled the conditions of a 2017 plea bargain stemming from its use of illegal software to evade emissions regulations.

The final report by Larry Thompson, a former United States prosecutor appointed to enforce Volkswagen’s promise to reform its corporate culture, noted that the German automaker had adopted measures like making it easier for employees to report wrongdoing. It is a major milestone for the company as it tries to recover from one of the biggest scandals in automotive history, one that has cost it well over $30 billion and severely damaged its reputation.

Volkswagen, the world’s largest carmaker, pleaded guilty in 2017 to conspiring to defraud the U.S. government and violate the Clean Air Act. The company had rigged its diesel-powered cars to meet air-quality standards while being tested, but they exceeded those standards in regular driving.

As part of the plea agreement with the U.S. Justice Department, Volkswagen agreed to cooperate with a court-appointed monitor whose job was to ensure that the company reformed its compliance systems and corporate culture so that similar wrongdoing would not happen again.

“Volkswagen is a better organization today than it was three years ago,” Mr. Thompson said in a statement, though he added that keeping the company on an ethical path “will require continued vigilance.”

Volkswagen’s chief executive, Herbert Diess, said in a statement that “Mr. Thompson and his team have helped us make Volkswagen a stronger, more transparent company, but the end of the monitorship is not the end of our journey.”

By court order, Mr. Thompson operated largely in secret, supervising dozens of lawyers and specialists based at Volkswagen’s headquarters in Wolfsburg, Germany, who oversaw attempts by the company to reform its sprawling organization. Volkswagen employs more than 670,000 people; it produced nearly 11 million vehicles last year.

Volkswagen’s unforgiving, win-at-all-costs culture was seen as the underlying cause of the emissions scandal. In 2006, when engineers developing a new diesel engine discovered that they could not meet United States emissions standards, they devised engine software designed to deceive regulators. To admit failure would probably have meant the end of their careers at Volkswagen.

Among other reforms, Volkswagen has created a whistle blower system so that employees can report possible wrongdoing without fear of reprisal. Volkswagen also delegated more responsibility to lower-level managers in an effort to become less hierarchical.

Court documents indicate that some Volkswagen engineers were uneasy about the illegal software, but none approached authorities until shortly before the cheating came to light in September 2015.

During official emissions tests, the software activated pollution controls so that the car appeared to be clean. During everyday driving, those controls were scaled back to protect the engine. As a result, Volkswagen diesel passenger cars spewed more harmful nitrogen oxides than a long-haul truck.

Over the past several years there were signs of friction at times between Mr. Thompson and the executives at Volkswagen, a German icon not used to being told what to do by American lawyers. Early in his tenure, Mr. Thompson pressured the company to dismiss managers who were under criminal investigation but continued to hold high-ranking positions. Volkswagen had argued that it could not fire the managers if they had not been convicted of crimes, but eventually relented.

Mr. Thompson’s final report frees Volkswagen managers in Wolfsburg from intense oversight as the company tries to transition to electric cars and meet increasingly tough competition from Tesla, which is building a factory near Berlin. The ID. 3, Volkswagen’s first car designed to run on batteries, is seen as a make-or-break vehicle for the company. It went on sale in Europe this month.

But the legal aftermath of the scandal continues to unfold. On Sept. 9, a court in Braunschweig, Germany, ruled that there was enough evidence to bring Martin Winterkorn, the former Volkswagen chief executive, to trial on charges related to the emissions cheating.

At the end of this month, a court in Munich will begin hearing evidence in the trial of Rupert Stadler, the former chief executive of Volkswagen’s Audi luxury car unit. Mr. Stadler is accused of continuing to sell cars with illegal software even after regulators in California and Washington uncovered the wrongdoing. He and several former Audi managers and engineers will be the first defendants to go on trial in Germany.

Volkswagen continues to fight numerous legal battles stemming from the scandal. It has reached a settlement with most diesel owners in Germany, but some continue to pursue legal claims. The company also faces civil suits in Britain and other countries, as well as a civil complaint by the Securities and Exchange Commission in the United States.

The S.E.C. accuses Volkswagen of concealing the risks it was taking when it sold corporate debt to American investors even as it was manufacturing cars with illegal software. In August, Volkswagen won a significant legal victory in that case when a federal judge in California ruled that a large share of the claims were covered by an earlier settlement with the Department of Justice.

As Winter Arrives, Heaters Become a Survival Tool for Businesses