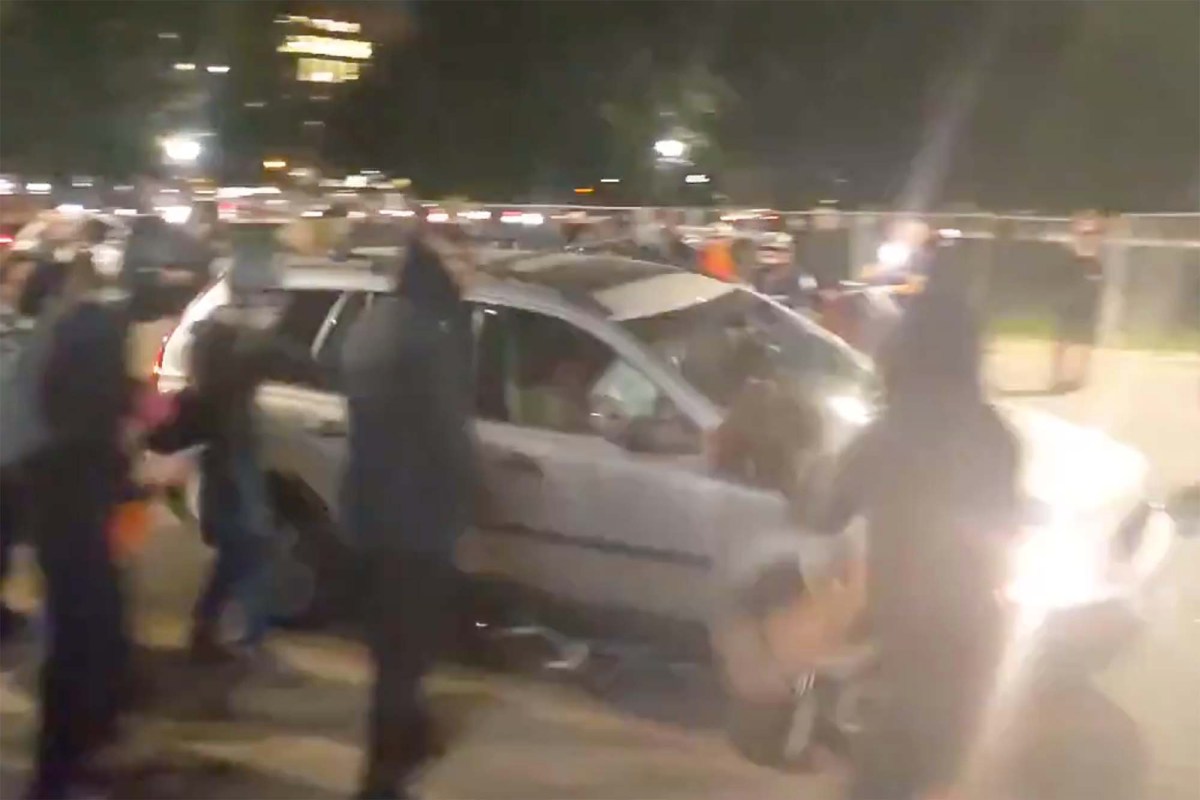 A driver in Denver was caught on video footage driving into a group of Black Lives Matter protesters outside the Colorado State Capitol Wednesday night.

Video from the scene shows several protesters approach the silver SUV, asking the man driving to turn around as it approached a larger demonstration. As the driver refused, more protesters surrounded the vehicle, blocking its path.

Eventually, the driver hits the gas, going through the crowd and sending one woman hurtling toward the ground.

The woman told a Denver Post reporter at the scene that she wasn’t seriously injured and suffered a scrapped wrist.

Denver police detained the suspected driver seconds after the incident, the local ABC affiliate reported. It’s unclear if he will face any charges.

The protest was one among many across the country that had gathered in protest of Kentucky grand jury decision that cleared current and former Louisville police officers in the shooting death of Breonna Taylor — indicting one ex-cop for brazenly firing shots into another apartment the night she died.

Taylor, a 26-year-old EMT, was sleeping in her apartment on March 13 when cops burst in while executing a “no-knock” warrant.

The officers exchanging gunfire with Taylor’s boyfriend, Kenneth Walker, who believed the couple was being burglarized. Taylor was struck six times and died in her hallway.