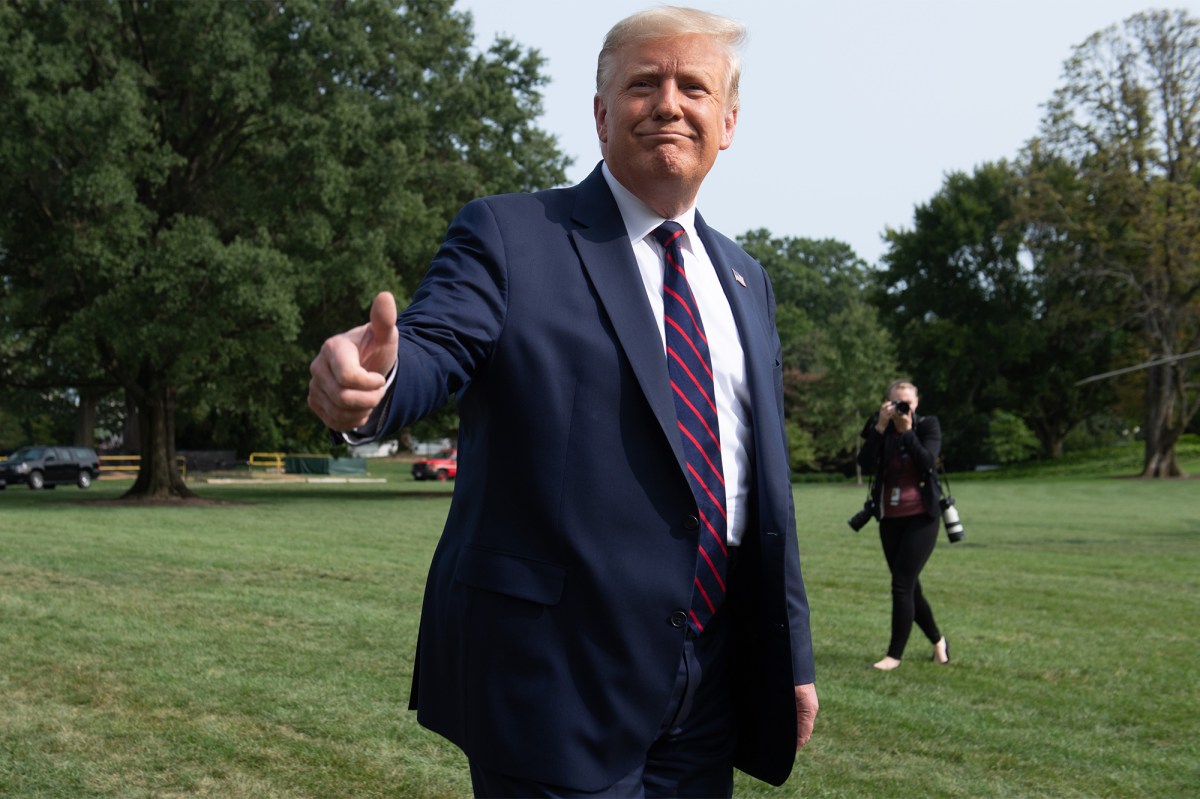 President Trump plans to announce a Supreme Court nominee in the coming week — and his pick will “most likely” be a woman, he says.

“I think we’ll have a very popular choice, whoever that may be,” Trump told reporters Saturday in his first detailed comments on replacing Justice Ruth Bader Ginsburg, who died Friday night.

He hinted that the nominee will be drawn from the lists of potential candidates he has publicly released — to conservative acclaim — most recently on Sept. 9.

“From a constitutional standpoint, I think it’s the greatest list ever assembled,” he boasted.

“I think it’s going to go very quickly, actually,” he said of the Senate confirmation process — despite the fire he has already drawn from Democrats and some Republicans on pushing ahead with a nomination weeks ahead of a presidential election.

He dismissed the objections of Sen. Susan Collins (R-Maine), who said Saturday said that the Senate should hold off on a confirmation vote until after Election Day.

“I totally disagree with her,” Trump said. “We won.”