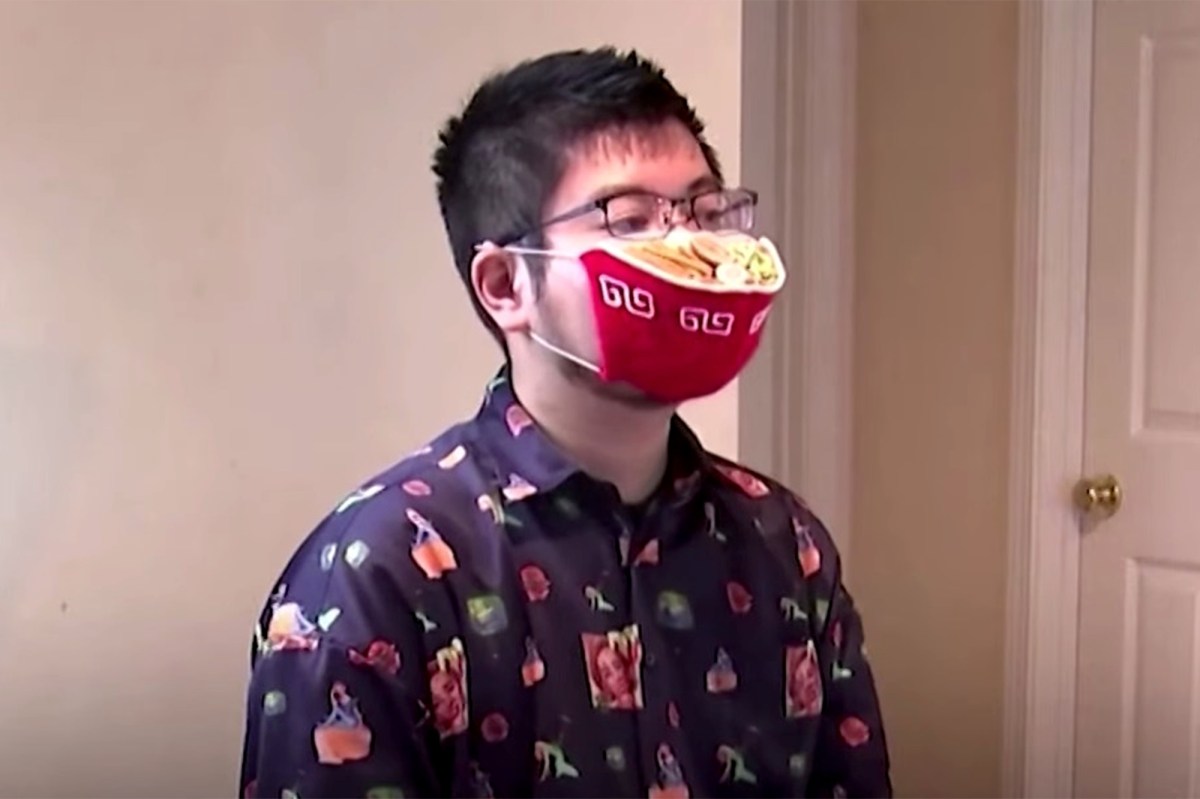 SYDNEY — Japanese artist Takahiro Shibata’s glasses are fogging up because of his face mask — a problem familiar to many spectacles wearers during the coronavirus pandemic.

But Shibata has turned the annoying side effect into a one-of-a-kind piece of art. The more his glasses fog up, the hotter and steamier the noodle soup on his “ramen mask” appears to be.

Shibata, an animator and artist, initially set out to solve the problem bugging many a spectacles wearer who dons a mask to protect themselves from COVID-19.

But once he discovered that was impossible, he decided to have some fun instead.

The 3-D ramen mask, made from felt and clay, has everything you’d want in a real bowl of the noodle soup. Shibata’s nose disappears into chashu braised pork, green onions, bamboo shoots, and a slice of fish cake.

Shibata, who said he wanted “to cheer people up a little bit,” has no plans to sell the mask along with his other artwork. Although he may not be wearing it much either.

“The ‘bowl’ is filled with cotton and it weighs almost as heavy as a stuffed toy,” he said. “So it doesn’t feel comfortable when I put it on.”