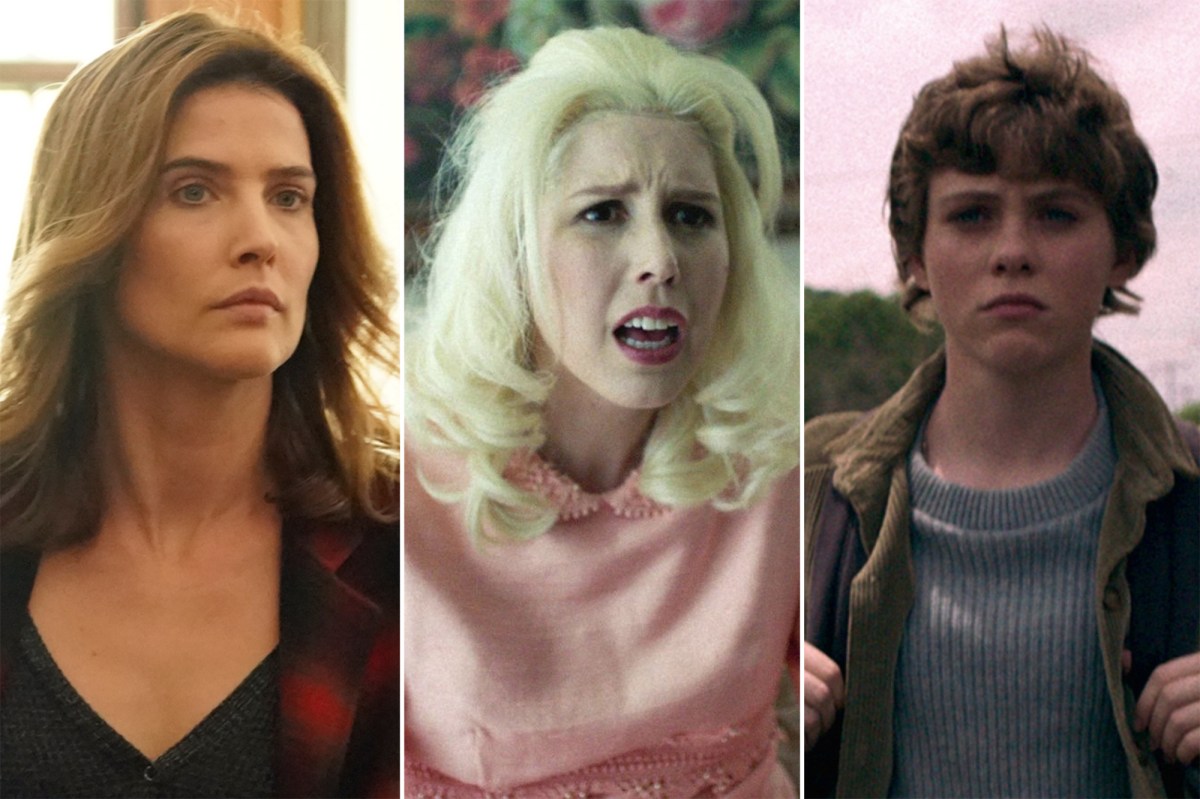 And that’s a wrap.

The pandemic has created a TV landscape in which no series is safe — even those shows renewed for the new season.

Sure, viewers are binge-watching more than ever, but most of those shows and movies were filmed before the industry-wide shut down in March. While the networks pushed their returning shows’ launch dates to later this fall, or even next year, they filled the void with shows from other networks, including “Transplant” on NBC and  “Tell Me A Story” on The CW).

Several shows without proven track records weren’t so lucky, and were canceled even though they were expected to air this TV season. Here’s a look at those reversals of fortune — and where they stand going forward.

This critically acclaimed drama stars Cobie Smulders (“How I Met Your Mother”) as Dex, a military vet based in Portland, OR, who becomes a private investigator, and Jake Johnson (“New Girl”) as her ex-con pal Grey McConnell. After its premiere in Sept. 2019, it averaged a solid 6 million viewers. In May 2020, it was renewed for a Season 2. Four months later, that decision was reversed due to COVID-related production delays that failed to meet ABC’s desired air schedule.

Status: It’s reportedly being shopped around, so there’s a chance it could live on via a different platform.

This Emmy-nominated show followed an inebriated narrator recounting various historical events each episode, with famous guest stars such as Jack Black and Bob Odenkirk joining in the fun. It was renewed for a seventh season in August 2019. One year later, just after production on Season 7 was halted due to the quarantine, the plug was pulled — making Season 6 its last hurrah.

Status: Dead. There’s no word on the show being shopped elsewhere.

Helmed by creator Christopher Keyser (“Party of Five”) and starring Kathryn Newton (“Big Little Lies,”) this drama follows teens who rule their own community after the adults mysteriously vanish. It was renewed for a Season 2 in July 2019. One year later, it was axed due to budget and production difficulties (and steeper costs) in the wake of lockdowns.

Status: Mostly dead. It’s not currently being shopped around, but Keyser has said he wants to find a way for it to continue.

This critically acclaimed sitcom, which premiered in 2017, follows comedy writer Andrea Warren (“Veep’s” Andrea Savage, also its creator) as she dealt with balancing her career, her marriage to Mike (Tom Everett Scott, “13 Reasons Why”), and motherhood in L.A. In June of 2019, a third season was greenlit. In August 2020, that decision was revoked.

“I am Not Okay With This,” Netflix

This teen drama starring Sophia Lillis (“Sharp Objects”) follows Sydney (Lillis), a girl who discovers that she has telekinetic powers. While Season 2 was not officially announced, it was reportedly greenlit behind the scenes and moved into production. Last month, Netflix announced that it was not moving forward. “We’re disappointed to have to make these decisions due to circumstances created by COVID,” the streamer told Deadline.

The pop-culture commentary show hosted by comedian Daniel Tosh has aired since 2009, and in January it was renewed for a whopping four more seasons — a major vote of confidence that’s nearly unparalleled. (A comparable renewal is NBC medical drama “New Amsterdam,” which was renewed for three more seasons last January.) But, in August, the plug was pulled on “Tosh.0.” Now, the show will end with Season 12 this fall (airing Tuesdays at 10 p.m.) instead of with Season 16 in 2024. Despite the cancelation, after 11 years, it will still be the longest-running live-action show in Comedy Central’s history.

Status: it’s reportedly being shopped around, so it might not be dead for long.