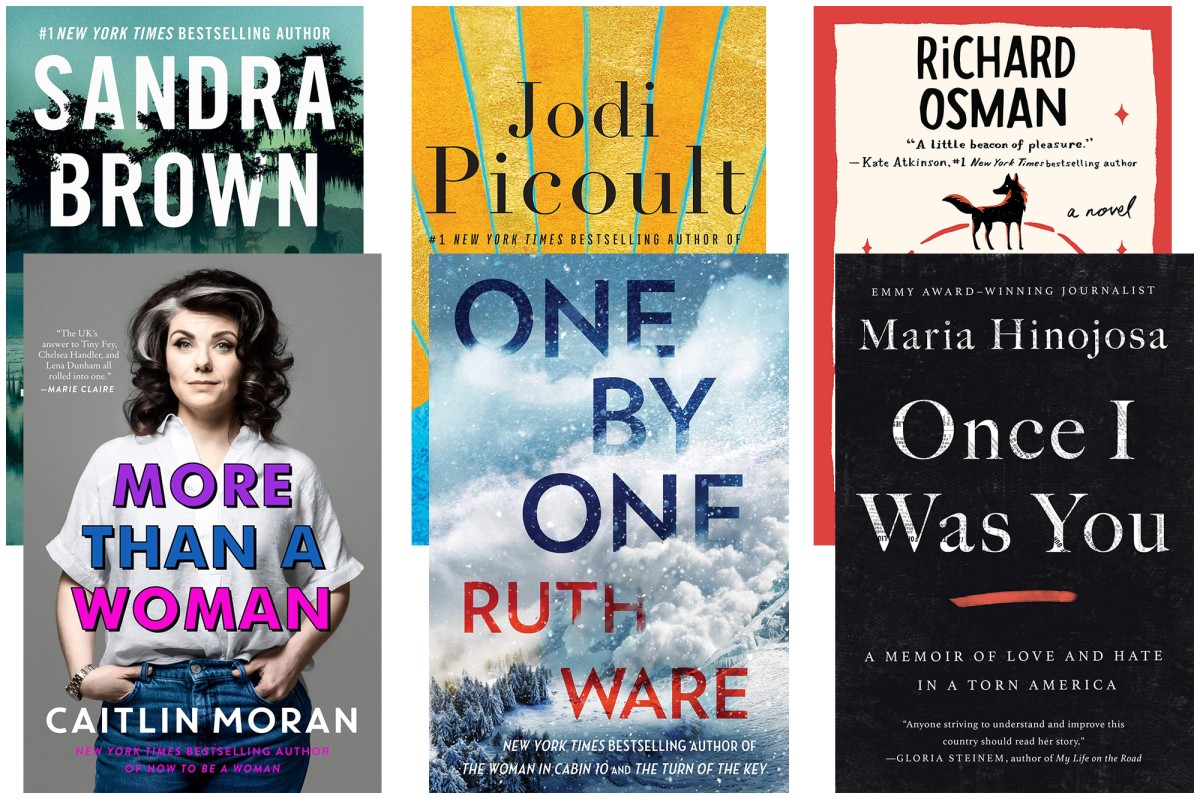 Thick as Thieves
Sandra Brown (fiction, Grand Central Publishing)
Twenty years ago, the ultimate group heist went up in flames as one member landed in the hospital, one in jail, one was dead, and the other got away with it. Now the daughter of the man who got away is back in town, looking for answers — but two of her dad’s co-conspirators are keeping a close eye on her.

The Book of Two Ways
Jodi Picoult (fiction, Ballantine Books)
Dawn is on a plane when the flight attendant makes the announcement no one ever wants to hear: Prepare for a crash landing. Her life flashes past in an instant, yet her thoughts are not of her husband — but of a man she last saw 15 years ago. Miraculously, Dawn survives the crash, but everything has changed in a split second and she wonders if fate is offering her a second path.

The Thursday Murder Club
Richard Osman (fiction, Pamela Dorman Books)
Four septuagenarians meet every week in their retirement village to discuss unsolved crimes. When a local developer turns up dead with a photograph left next to the body, it seems the club has their first case.

More Than a Woman
Caitlin Moran (Essays, Harper Perennial)
Why isn’t there such a thing as “Mum Bod?” Is it feminist to get Botox? These are just a few of the issues keeping Caitlin Moran up at night and she expounds on these and more in this newest collection of sharp, hilarious essays on middle age.

One By One
Ruth Ware (fiction, Gallery/Scout Press)
Eight co-workers at a London-based tech start-up are snowed in at a luxurious ski resort in the French Alps. It would be a delightful scenario, if not for the fact that several of them are feuding, one of them doesn’t belong at all, the power has shut down, and people keep turning up dead.

Once I Was You
Maria Hinojosa (memoir, Atria Books)
The Emmy award-winning journalist traces the story of immigration in America through her own family’s history in this fascinating memoir.