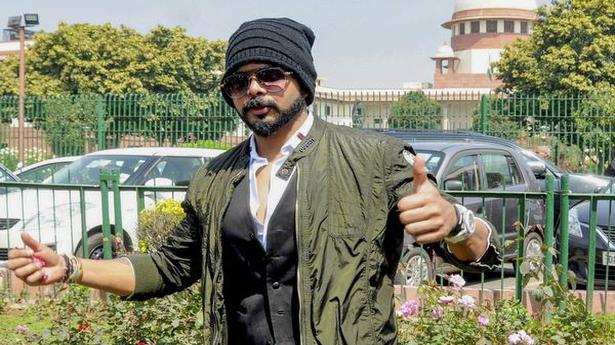 On September 10, 2020, S. Sreesanth expressed his hopes about a comeback to cricket through his Twitter handle.

It was on September 13, 2013, that he was banned for life by the BCCI in the wake of the IPL spot-fixing scandal.

The ban was reduced to seven years by the BCCI ombudsman last year.

If September 13, 2020, is taken as the day that marks the end of the seven-year-ban, Sreesanth, who was part of two World Cup-winning Indian teams, has reasons to celebrate.

But the Kerala Cricket Association (KCA) has not received any communication about the end of the ban from the BCCI thus far.

“We hope the communication would come soon and that Sreesanth could play for Kerala this season, though there is no clarity yet on domestic competitions as of now,” a source in the KCA said. “We have had discussions with Sreesanth about his training and fitness and we found he is very keen to play.”

With pace spearhead Sandeep Warrier moving to Tamil Nadu, chances are indeed high for Sreesanth, who has 87 wickets from 27 Tests, to play for Kerala in the Ranji Trophy.