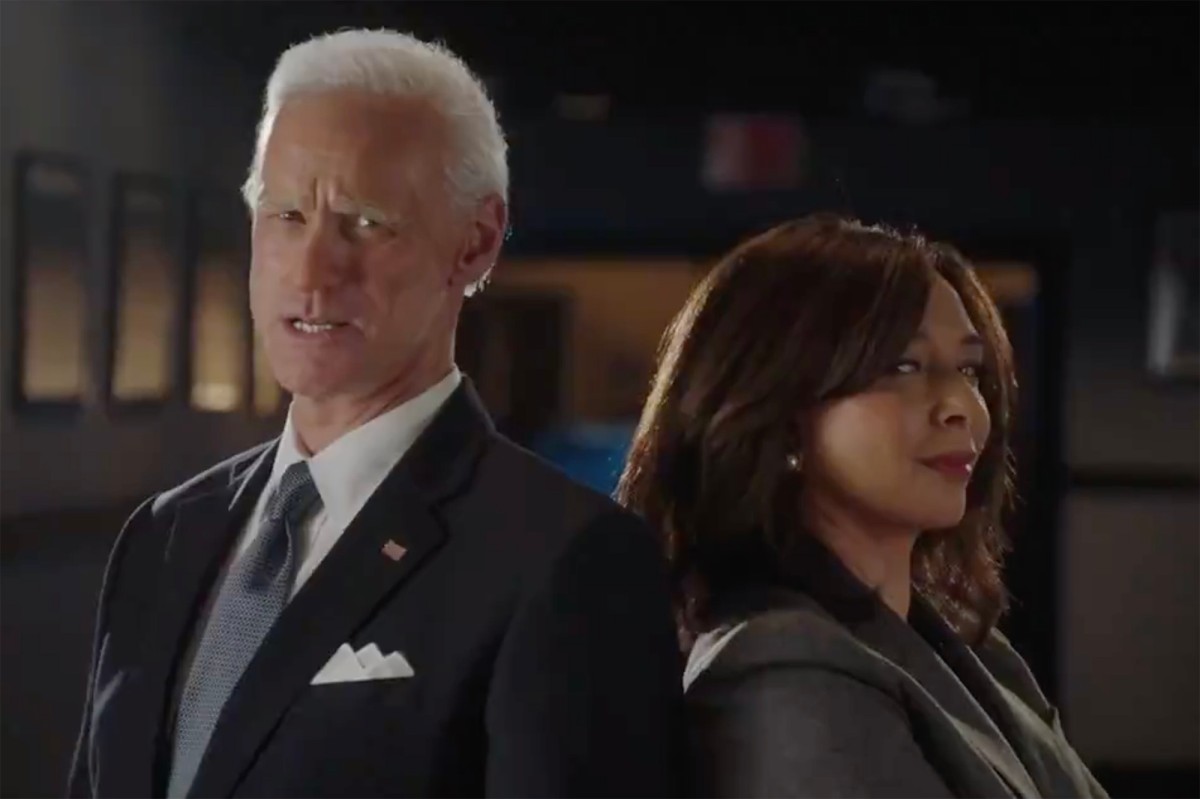 Live from New York, it’s the Jim and Maya show.

The official “Saturday Night Live” Twitter account shared a sneak peek of Jim Carrey as Democratic presidential nominee Joe Biden and Maya Rudolph as running mate Kamala Harris ahead of Saturday’s premiere. The short teaser video gives a behind-the-scenes look at the makeup and wardrobe needed for 58-year-old Carrey to transform into Biden, 77.

In September, the live sketch show announced the “Ace Ventura” star would be taking on the role, which was partly his own suggestion.

“There was some interest on his part,” Lorne Michaels, who helms “SNL,” told Vulture. “And then we responded, obviously, positively. But it came down to discussions about what the take was. He and Colin Jost had a bunch of talks. He and I as well. He will give the part energy and strength . . . Hopefully it’s funny.”

When Harris was announced as Biden’s choice for VP in August, Rudolph, who has portrayed the California senator before on the show, had a very candid reaction.

The actress later said she received a “cryptic” text from the “SNL” boss about once again portraying Harris, who has spoken highly of Rudolph’s impressions in the past.

“That girl being played by @MayaRudolph on @nbcsnl? That girl was me,” Harris, 55, wrote last September in a viral tweet.

“SNL” will be hosted by Chris Rock Saturday when the show makes its return to Studio H8 for the 46th season. He will be joined by musical guest Megan Thee Stallion and a live studio audience, who will be required to be tested for COVID-19.

Deepika Padukone, Siddhant Chaturvedi and Ananya Panday nail their casual look, as they get papped post shoot – Times of India

‘Coolie No 1’ trailer launch: Varun Dhawan, Sara Ali Khan, and Paresh Rawal share their memories and experiences of shooting for the film –...