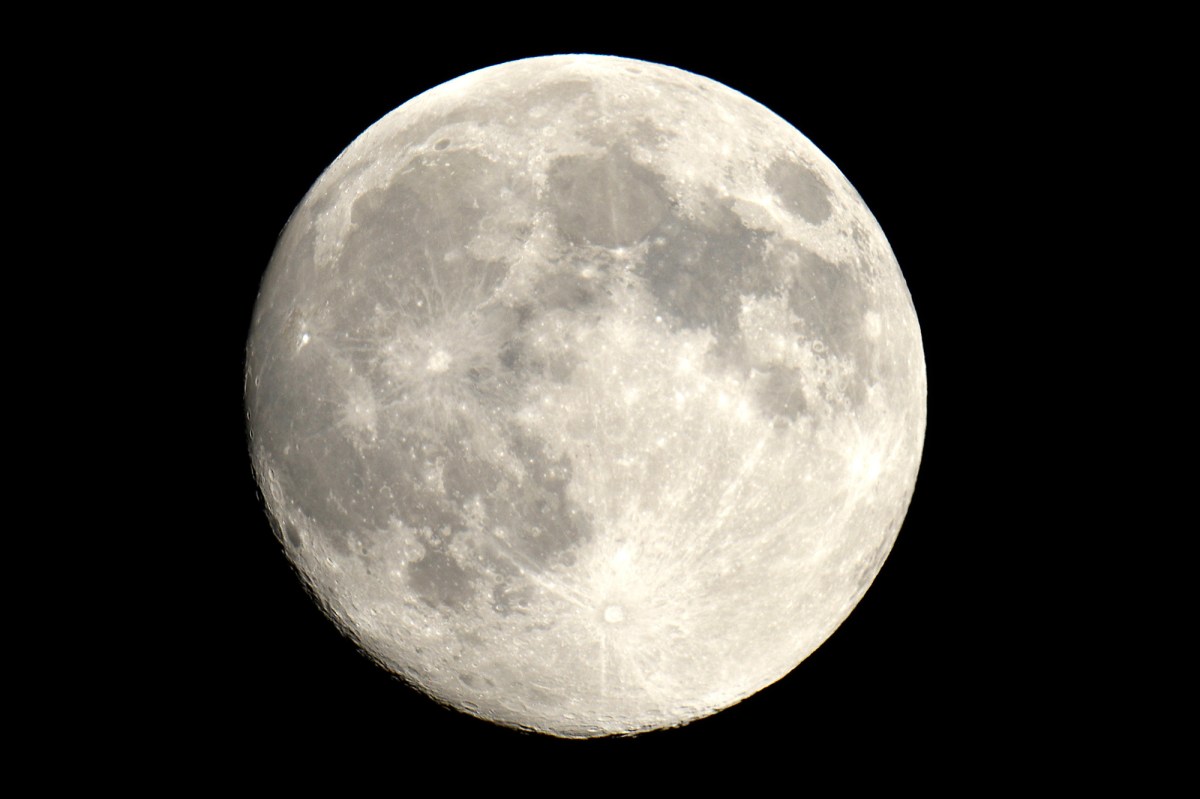 A newly published study notes that the moon is “rusting,” leaving experts perplexed by the discovery.

The research, published in Science Advances, notes that the rust may be a result of water discovered on the moon, but it’s still shocking, given the lack of oxygen and dearth of water on Earth’s celestial satellite.

“It’s very puzzling,” the study’s lead author, Shuai Li of the University of Hawaii, said in a statement. “The moon is a terrible environment for hematite to form in.”

Li was looking at data from the JPL Moon Mineralogy Mapper when the researcher realized the instrument detected “spectra – or light reflected off surfaces – that revealed the moon’s poles had a very different composition than the rest of it,” the statement added.

The polar surfaces showed spectra that matched the mineral hematite (Fe2O3), according to the study’s abstract.

“Although oxidizing processes have been speculated to operate on the lunar surface and form ferric iron–bearing minerals, unambiguous detections of ferric minerals forming under highly reducing conditions on the moon have remained elusive,” the researchers wrote in the study’s abstract. “Our analyses of the Moon Mineralogy Mapper data show that hematite, a ferric mineral, is present at high latitudes on the moon, mostly associated with east- and equator-facing sides of topographic highs and is more prevalent on the nearside than the farside.”

Rust, which is also known as iron oxide, gives Mars its reddish color.

“At first, I totally didn’t believe it. It shouldn’t exist based on the conditions present on the moon,” study co-author, NASA JPL planetary geoscientist Abigail Fraeman, added. “But since we discovered water on the moon, people have been speculating that there could be a greater variety of minerals than we realize if that water had reacted with rocks.”

With no atmosphere providing oxygen on the moon and the sun’s solar wind delivering hydrogen — which should act as a “reducer” to prevent oxidation — scientists are baffled where the rust is coming from. However, they believe it could stem from Earth, given the moon does have “trace amounts of oxygen” thanks to Earth’s magnetic field.

The hematite that was discovered is not near any of the water ice that has been discovered so far on the moon, adding another layer of complexity to the findings. The scientists suggested that the dust particles hitting the moon could free up water molecules to interact with the hematite, but further research is needed to see if that’s correct.

“It could be that little bits of water and the impact of dust particles are allowing iron in these bodies to rust,” Fraeman explained.

“This discovery will reshape our knowledge about the moon’s polar regions,” Li added in another statement. “Earth may have played an important role on the evolution of the moon’s surface.”

The moon has been a source of fascination for humanity for eons and since the Apollo space missions of the mid-20th-century, humanity’s knowledge about our celestial satellite has increased significantly.

Scientists recently learned that the moon loses water when meteoroids smack its surface, according to a study published in March 2019.

NASA’s ARTEMIS mission also revealed that solar winds greatly impact the lunar surface and expose it to radiation from the sun, leaving scars on the surface, akin to a “sunburn,” due to the moon’s weak magnetic field.

A separate study published in August 2019 suggested the moon was 100 million years older than previously believed, basing their findings on analyzing the lunar rocks taken by the Apollo astronauts.

A study published in January 2019 suggested that a 4.1-billion-year-old chunk of Earth may have been found and dug up on the moon by Apollo astronauts.