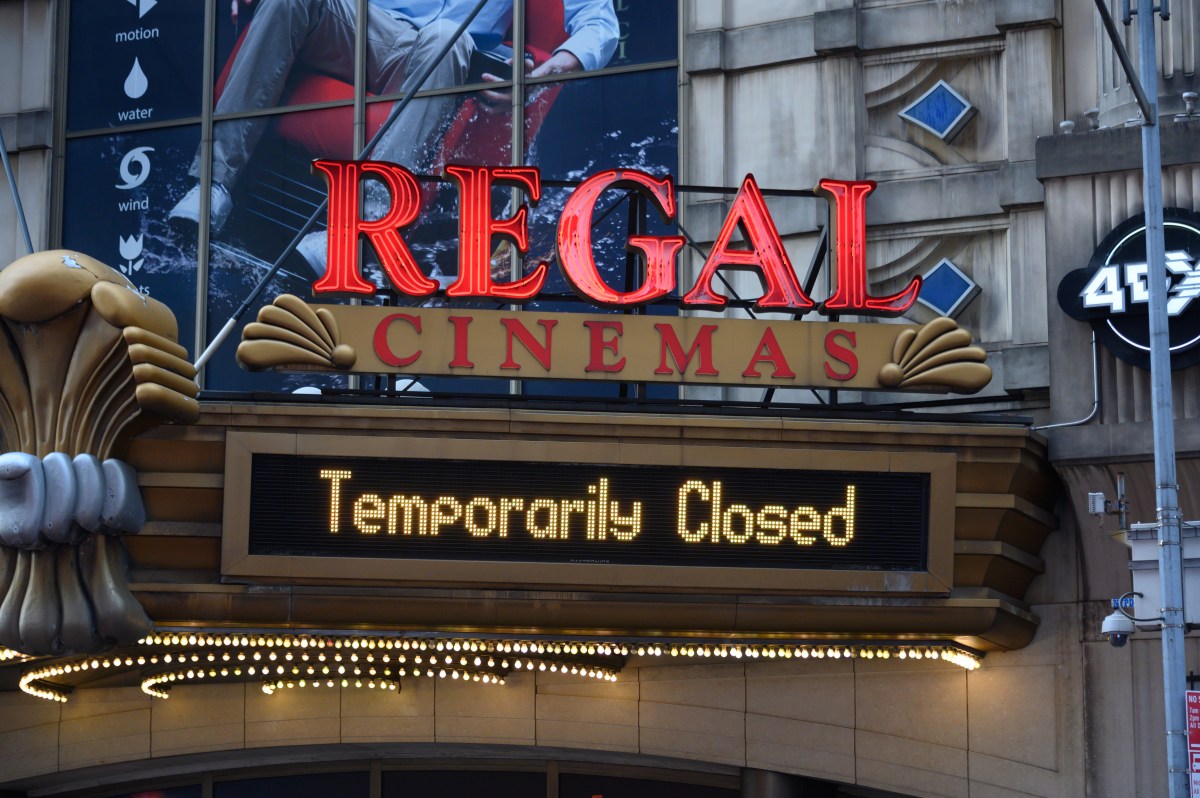 Movie theater giant and Regal owner Cineworld Group said it swung to a loss for the first half of the year as revenue plummeted amid the coronavirus pandemic, which led to global cinema closures.

The UK-based theater chain also warned that there was “no certainty” about the impact of the pandemic in the future, sending shares down over 11 percent in early-morning trading Thursday.

During the six month period ended June 30, the company registered pre-tax loss of $1.64 billion compared with a year-ago profit of $139.7 million. Adjusted earnings totaled $53 million versus $758.6 million, a year earlier.

Revenue fell 66.9 percent to $712.4 million from $2.15 a year earlier. During the six months, movies like “Bad Boys for Life,” starring Will Smith, “1917” directed by Sam Mendes and action-adventure, flick “Sonic the Hedgehog” were top performers, grossing $504.1 million for the chain.

Cineworld, which closed all 778 of its theaters between mid-March and late June due to the coronavirus, has reopened 561 sites and has seen positive moment as audiences have slowly returned.

Chief executive Mooky Greidinger called out “Tenet,” Christopher Nolan’s spy thriller, as driving the company’s “steady performance” even as 200 theaters in the US remain closed.

The CEO noted that 60 percent of Cineworld’s California movie houses will be open, and that he expects New York to follow suit “within a week or two,” despite the fact that New York Gov. Andrew Cuomo has remained tight-lipped on his plans.

Nonetheless, Greidinger remained cautious as the pandemic continues to rage in the US and is reemerging in Europe in a second wave.

“There can be no certainty as to the future impact of COVID-19 on the group,” he said. “If Governments were to strengthen restrictions on social gathering, which may therefore oblige us to close our estate again or further push back movie releases, it would have a negative impact on our financial performance and likely require the need to raise additional liquidity.”