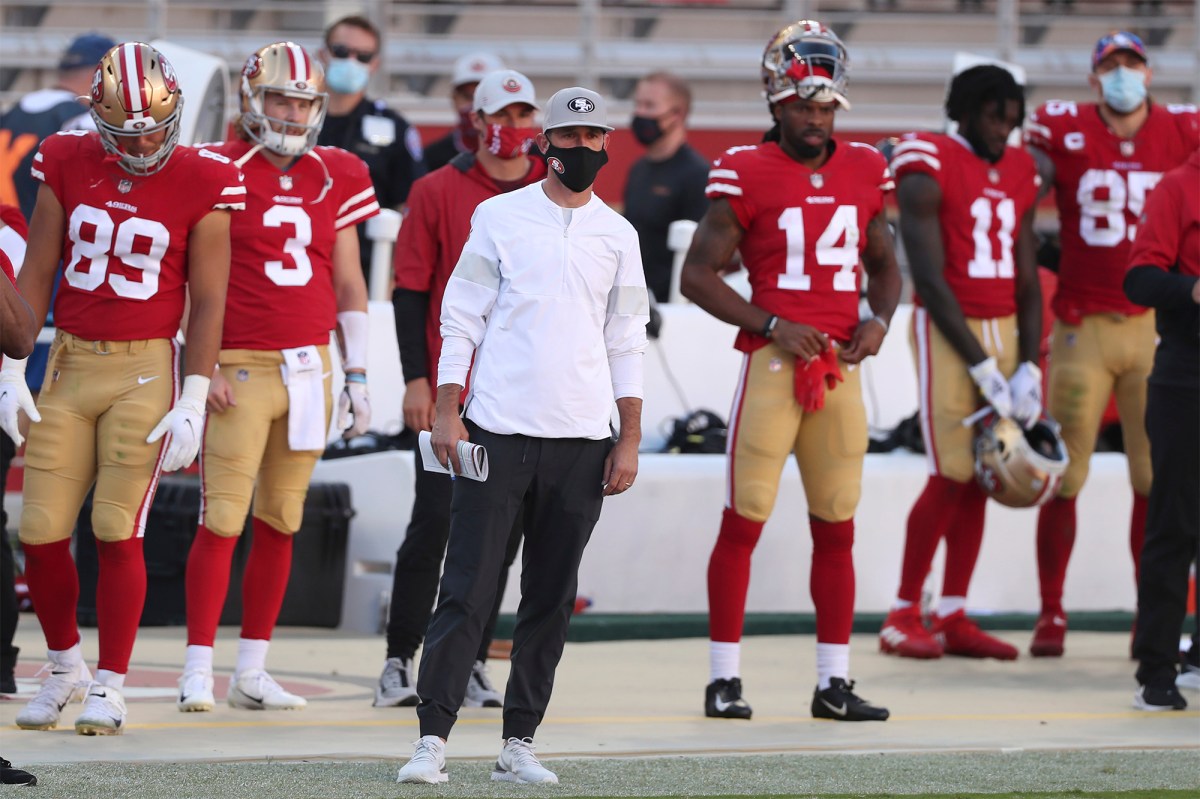 A pair of top VSiN NFL handicappers take a look at the Sunday night game between the Los Angeles Rams and San Francisco 49ers and come to the same conclusion.

Youmans: The Rams are favored by three points. A month ago, this line would have been flipped, but most bettors want nothing to do with the 49ers right now after they were blown out at home by Miami. San Francisco is riddled by injuries, and quarterback Jimmy Garoppolo was just benched during one of his worst games.

The Rams appear to be rolling at 4-1, but it was not a remarkable accomplishment to sweep four pathetic NFC East teams with losing records. The coaching edge the Rams’ Sean McVay exploited against the Cowboys, Eagles, Giants and Washington is not there with Kyle Shanahan on the other sideline.

This is a buy-low situation on a motivated, talented and well-coached home underdog that would have been favored in this matchup not long ago. I think the Rams should be favored, but by less than a field goal.

Dinsick: The Rams find themselves in a tricky spot this weekend as they head on the road for the fourth time in five weeks on the back of a third trip to the East Coast this season.

As three-point favorites on the road, their market value is as high as it could possibly be, and in my opinion is inflated based on convincing wins against bad teams, including Philadelphia, the Giants and Washington. Similarly, the market value for the 49ers has bottomed out following embarrassing losses at the hands of the Eagles and the Dolphins at home in Weeks 4 and 5.

This has set up a classic spot to sell high on the Rams and buy low on the 49ers, as San Francisco looks to save a season that has been derailed by injuries.

While it is acknowledged that the replacement-level players for the 49ers’ defense will be tested by the Rams’ dynamic offense (fifth in the league in EPA per play at 0.174), the weapons and scheme that Shanahan has to call upon match up very well.

The Rams’ defense can be exploited by a physical, run-heavy approach complemented by targets to all-world tight end George Kittle. With the look-ahead line in this game flipping from 49ers -3 all the way to 49ers +3 (a whopping 20-percent swing in implied win probability based on moneyline prices), and the history of competitiveness between these division rivals, it is reasonable to back the underdog in this contest, as my numbers make this a 1-point game.

In Texas Towns Gutted by Covid-19, a Fragile Effort to Sustain a Cherished Sport