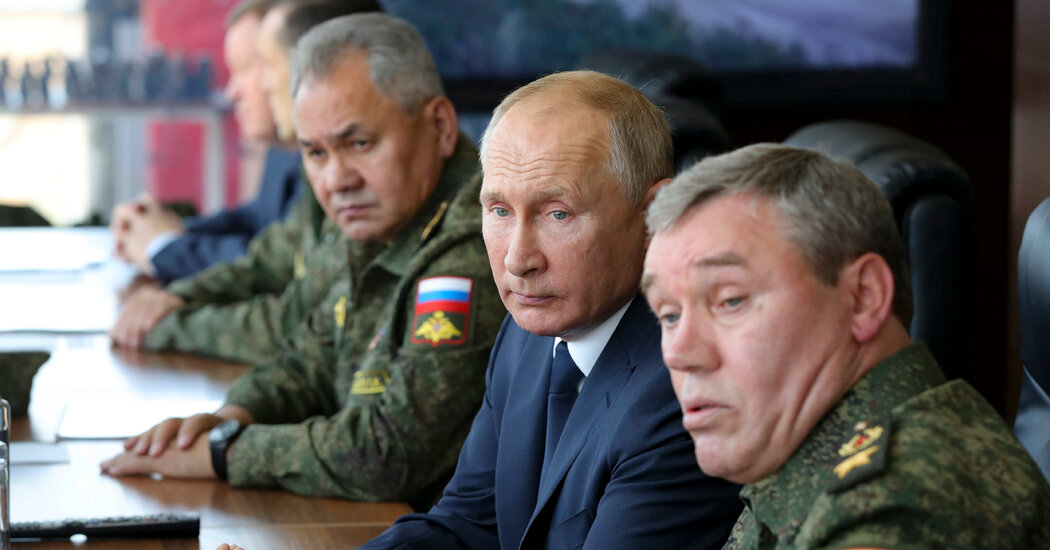 Most academic experts have concluded that the treaties that led to arms reductions from the 1960s forward were unlikely to work in cyberspace. Nuclear weapons were in the hands of a small number of states; cyberweapons are controlled by countries, criminal groups, activists and teenagers. Often, states conduct their cyberactivities through proxies, including criminal groups. All those would make treaties fairly useless.

Nonetheless Mr. Putin seemed enthralled by the idea. “These measures are aimed at building up trust between our States, promoting security and prosperity of our peoples,” Mr. Putin’s statement said. “They will significantly contribute to ensuring global peace in the information space.”

Two Russian political analysts with ties to the Kremlin said in interviews Friday that even if Mr. Putin’s proposal was a genuine attempt at improving the relationship with Washington, they did not expect it to go anywhere. Mr. Kortunov said Mr. Putin had not signaled that he was ready to give any substantial ground in the dispute over election interference.

“It’s obvious that the Kremlin would, of course, prefer not to quarrel with Washington, no matter the election result,” Mr. Kortunov said, noting the risk of a President Biden seeking to impose new sanctions on Russia. “But they would like to avoid these challenges without paying a serious price.”

For instance, Mr. Kortunov noted, the Kremlin has not made any public effort to rein in Yevgeny V. Prigozhin, the Russian business magnate indicted by the United States for helping spearhead interference in the 2016 election.

On the contrary, Russia’s relationship with the West has only deteriorated further in recent weeks. The unexplained nerve-agent attack on Aleksei A. Navalny, the Russian opposition leader now recovering in Berlin, stirred revulsion in European countries including Germany and France — places where Mr. Putin had been able to count on some measure of sympathy. And Mr. Putin’s backing for Aleksandr G. Lukashenko, the Belarusian autocrat who launched a brutal crackdown on pro-democracy protesters last month, demonstrated the Kremlin’s hard-line pursuit of a post-Soviet sphere of influence at the expense of human rights.

Fyodor Lukyanov, a Moscow foreign-policy analyst who advises the Kremlin, said Friday’s cybersecurity proposal underscored that Mr. Putin is now in a far more conciliatory mood than he was at the height of the Ukraine crisis five years ago. But he said American distrust of Russia was so deep that he did not expect Mr. Putin’s proposal to be taken seriously in Washington — and that relations could take another step downward if Mr. Biden wins the presidency.