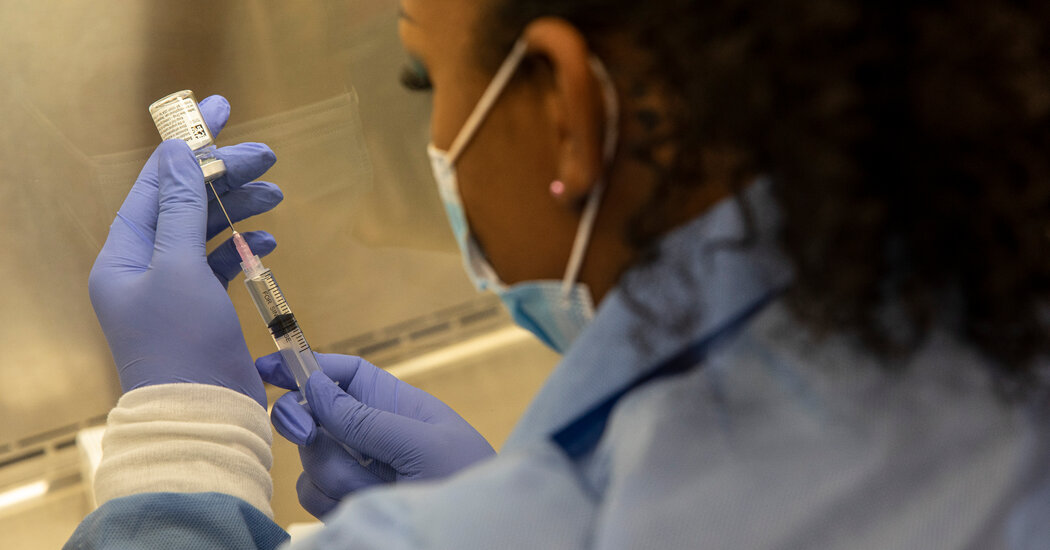 Although neither company’s product has been authorized for emergency use by the Food and Drug Administration, companies can grant access to their experimental treatments through compassionate use, for example, if all other options have failed and a patient might die without trying the drug.

During the pandemic, Mr. Trump has promoted a range of unproven or scientifically questionable treatments for the virus, and himself took hydroxychloroquine in the hopes that it could prevent infection. The Food and Drug Administration authorized hydroxychloroquine for emergency use this spring, then revoked its approval after concluding that the drug’s potential benefits did not outweigh the risks.

Mr. Trump has also enthusiastically endorsed the use of convalescent plasma and pushed for the F.D.A. to authorize the treatment for emergency use even though there is still not good evidence that it works. He suggested that injecting a disinfectant like bleach could help combat the virus, although later said he was joking.

Other treatments — an inexpensive steroid, dexamethasone, and remdesivir, an antiviral drug developed by Gilead — have been shown in clinical trials to help patients with Covid-19 who are sick enough to be hospitalized. Neither drug has gone through the rigorous F.D.A. approval process to determine that it is safe and effective, although dexamethasone is widely available for other uses, and remdesivir has received emergency authorization.

Dr. Conley said in his letter that in addition to the Regeneron treatment, Mr. Trump was also taking zinc, vitamin D, melatonin, a daily aspirin and famotidine, the generic name for the heartburn drug Pepcid. Some of these products, which are widely available, have been studied as treatments for Covid-19, although none have been definitively proven to work.

Mr. Trump in 2018 signed the Right to Try law, which allows patients and their doctors to directly request an experimental treatment from a company, without first seeking approval from the F.D.A., which typically approves the vast majority of such requests. The Right to Try law is rarely used, however, with most doctors and hospitals preferring to use the existing process of seeking agency approval.

In Sweeping Actions on Climate, Biden to ‘Pause’ Oil and Gas Leasing

Shark Populations Are Crashing, With a ‘Very Small Window’ to Avert Disaster

‘Energy’ Is Its Name. But What Can the DOE Actually Do on Climate?