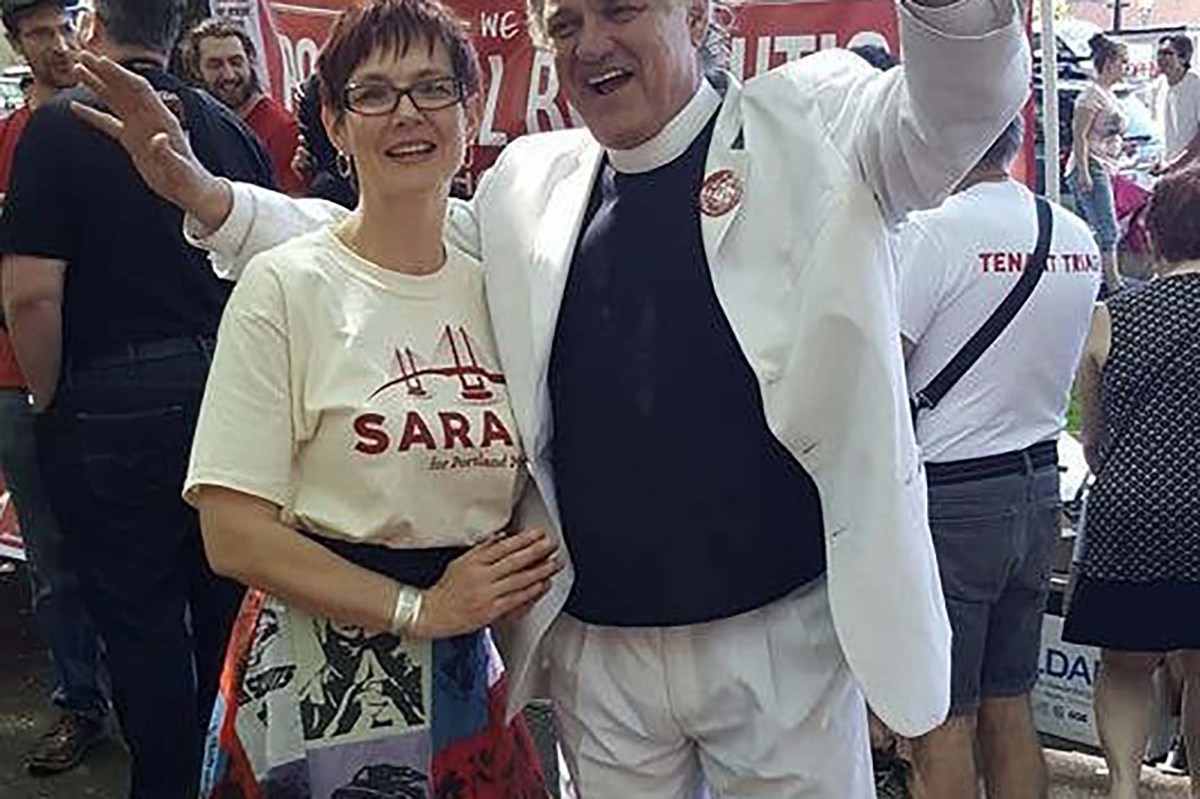 A photo of the leading candidate for mayor of Portland, Ore., has resurfaced showing her wearing a skirt patterned with the faces of famous communist dictators.

Sarah Iannarone, who like all other candidates in the race are unaffiliated to a political party, can be seen in the photo, shared earlier this week by independent journalist Andy Ngo, wearing a skirt covered in the faces of Che Guevara, Mao Zedong and Joseph Stalin.

Iannarone is beating incumbent Mayor Ted Wheeler in the race, which uses a nonpartisan voting system in local elections, by upwards of 11 points according to the latest survey from local newspaper Willamette Week, published Monday.

The mother and Portland State University educator paired her communist garb with a shirt from her campaign merchandise, reading simply the word “Sarah.”

Beside her posed an unidentified man with spiked hair, an odd-fitting white suit, and what appeared to be a black shirt and clergy collar.

A representative for Iannarone did not immediately respond to The Post’s request for comment.

The progressive candidate told the Willamette Week late last month that she supported defunding the police, stating, “We must listen to our BIPOC community on issues impacting them most.”

“We’re asking police to do too much. The same officers we watch brutalizing protesters are not appropriate first responders for those experiencing houselessness or in mental health crisis. We need to provide real help for everyone who calls in a way that reflects our values,” she said.