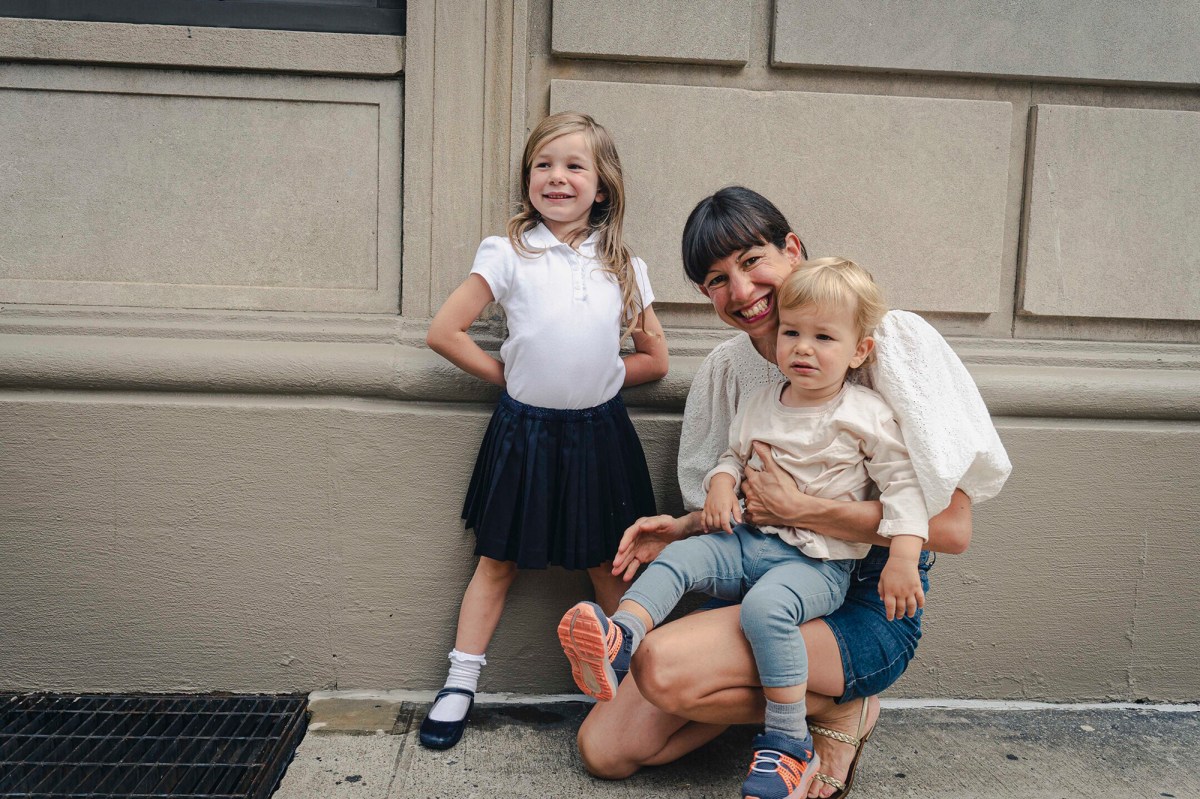 As astrology continues to make a comeback in popular culture — with related Instagram accounts and apps amassing millions of followers — millennial parents are now turning to the stars for tips on child-rearing. So instead of blaming tantrums on the terrible 2’s or happy highs on too much sugar, moms and dads are using their kids’ signs to help explain their behavior.

“When I got pregnant, the first thing I wanted to know was when the due date was and what sign was this child,” said Noho resident Ariana Martz of her 5-year-old daughter, Aurelie Mila. “I was like, ‘Oh my God I’m going to have a Pisces’ and was so excited because so is my husband.”

Martz, 36, said that as a Scorpio, she’s familiar with Pisces’ description of being on the sensitive side. So she knew she’d have to take a gentler approach with her daughter.

“If me or my husband get stern with her in any way, she just gets hysterical,” said Martz, who founded the wellness jewelry and decor company using her first and middle names: Ariana Ost. “So we really try to work on how to better and more calmly react to her.”

‘My little Aries is textbook… When he was really little we would call him ‘Little Napoleon’ or our “Little Joe Pesci.”‘

It’s the ability to tailor a unique parenting approach that seems to be attracting 20- and 30-somethings in droves, astrologers say, and has led to a flurry of new books released on the subject with at least five published just in the past year.

“A lot of parenting guides give one-size-fits-all parenting advice, and kids’ temperaments and needs really do vary according to their charts and their zodiac signs,” said Ophira Edut, who wrote “Momstrology: The AstroTwin’s Guide to Parenting Your Little One by the Stars” with her twin sister Tali Edut. “One kid may need play-based learning, maybe one kid needs more structure and firm discipline and one kid works better with hugging it out, so astrology really helps you understand how to parent your kids individually.”

Each zodiac sign has a corresponding element including water, air, earth and fire. Since Scorpio and Pisces are both water signs, Martz felt a little more in the weeds with her 2-year-old earth sign son, Julian.

“I was like, ‘I don’t know anything about Virgo so I started doing research,” said Martz. “He is very different — more physical and more grounded —  whereas my daughter is extremely creative and more fluid.”

When retired actress Zoë Taylor-Crane first became a mom to stepson Jack, 16, who was 4 at the time, she said she immediately picked up on his two-sided Gemini nature.

“He would get emotional, but it was kind of only half the time,” she said, adding that Gemini’s constellation sign is a pair of twins. “If he was in a darker mood, no matter what I said or did he was fixed in that, so I have learned that if he isn’t responding to something, to give it a little time and we’ll have the other Gemini twin come out in a good mood.”

Her younger son, Max, 8, is an Aries, who are known for their determined and authoritative personalities.

“My little Aries is textbook,” said Taylor-Crane, 36, who was on several soap operas. “When he was really little we would call him ‘Little Napoleon’ or our ‘Little Joe Pesci.’”

“If there’s something that we want him to do or get done we kind of have to trick him into thinking it was his idea because he is very ‘my way or the highway,’ ” she said. “Giving him options is another thing we do. Like, ‘Do you want to go to the beach or to the movies?’ Because if he’s given options, he’s able to choose one of them and he feels like he’s in charge.”