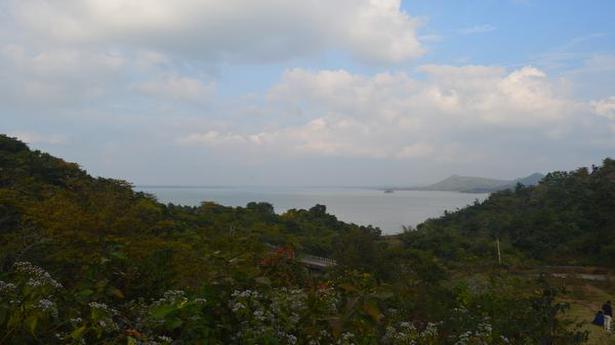 We turned around to see the reservoir of the Mayurakshi, proud below in Dumka. This image would endure, I knew the first time I saw it

“That’s not even Jharkhand,” I said. “Lots of hills — you will like it,” someone said. I was to begin an 11-month term in Dumka as an assistant professor at the university there. “I am going because you want me to go,” I told Mother, mockingly. Often we found and said things about Dumka to each other. “There is a place called Leto Hill,” and “I’ll have to go via Dhanbad — yuck.”

I was from Chhota Nagpur proper: Hazaribagh, Ranchi, the western parts. I carried its elevation inside me. Easy epithets shot from my mouth for neighbours: ‘Yuck, Dhanbad,’ ‘ew, Lohardaga,’ ‘what Khunti,’ ‘LOL, Jamtara’. So, when I drove into Dumka, and when the hills teased me before I entered the town, and when I steered carefully through the potholes on the bridge over the Mayurakshi, it was all grandly archetypal for an introduction to a place. I wonder if the potholes remain.

The first 15 days, I lived in Circuit House. It was ordinary, but there was an AC that worked intermittently. It was oppressively humid outside, with saturated green everywhere, little ponds and short buildings. Often the electricity went off and the air was still; only the light rain dripped from one leaf to the other. ‘Come, see me in Dumka,’ I texted my friend Raza in Ranchi, and later, ‘No, don’t. It’s bad enough that one of us is here.’

Later, I moved to a 1BHK in the market. It seemed to be built for me, and from there, roots sprouted. ‘I am not a people person’, ‘I connect with the land more’, ‘The difference between Hazaribagh and Dumka is that there I lived on the elevation, here I live with them.’ Too many ‘I’s in whatever I said and too many assumptions of myself, and all these assumptions I shared… with people. Hazaribagh was land, Dumka was people.

In the first few days, all the students appeared the same, especially the fresh B.A. batch. Always smiling and eager. “It’s nice to see young teachers,” a girl remarked during our introduction. Two other young teachers had joined the department alongside me. Laughter everywhere. “Mihir Sir walks very fast and he needs his chai to teach,” Prashant Sir said. Like everyone else in Dumka, I, too, liked Prashant Sir.

I taught Lawrence, Milton and the Renaissance to my B.A. students. In M.A. classes, I put more effort into looking serious, and failed. There, I taught Spivak, Hamlet, Wuthering Heights. One day, the lights went out and the floor was flooded with rainwater. I sat on the desk and closed the text. “Let’s just talk today,” and we talked about “epistemological violence” and “international division of labour”.

Then, some days in the evening, I would drive to Masanjor with my colleague who I called AC. With him were Kanchan and Raghav, the two boys who were my pole stars in the town. “We will take the scenic route,” he said, and we drove through Santali villages, the huts painted red and black, through small passes in the hills, through brooks and date trees, before stopping at one sudden incline. Here, we turned around to see the reservoir of the Mayurakshi, proud below in Dumka. This image will endure, I knew the first time I saw it.

Life undulated with Dumka’s road, our Alto climbing suddenly over a hill here and there before reaching the university. Clouds. Assignment sheets in the bag. At Sarwapani, we found a secret valley. At Maluti, I felt the excitement of standing on the Bengal border more than the craft of terracotta. Between Kathikund and Shikaripara, the watersteps of the Booramani river. At home in quarantine, food boxes from students. I left the town after my term ended, but love had already happened between Dumka and Hazaribagh. It rose with a quick rise in the road, and now I don’t know if it will plateau or fall.

The writer is the author of Painting That Red Circle White, a poetry collection.