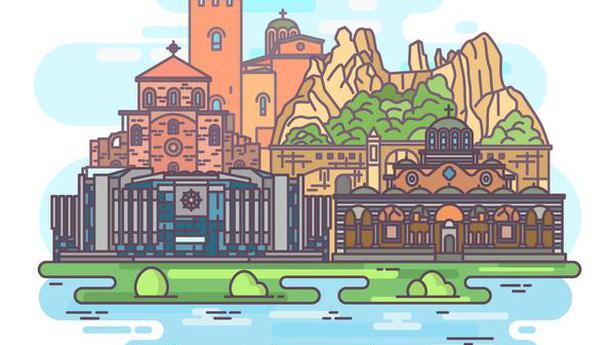 With their name borrowed from the Bulgarian word for kneel (klek), these squat shops have an interesting history

In early June this year, as demonstrations over the killing of George Floyd gained momentum in the U.S. capital of Washington DC, it was reported that secret service agents spirited President Donald Trump away to a White House bunker. Though denials of this were issued forthwith, it is said that Trump spent nearly an hour ensconced in the heavily fortified subterranean structure. All this, as protesters rallied outside the executive mansion, resorting to everything from lobbing stones at the world’s most famous residence to destroying police barricades.

But Trump is not alone. Tech billionaires, celebrities, world leaders and corporate czars have one thing in common — plush underground bunkers equipped with all the mod cons. Safe havens to seek refuge in, in case of nuclear warfare, civil unrest and… yes, raging pandemics too!

If there is one place in the world that gives a whole other meaning to the term ‘bunker lifestyle’, with its abundance of repurposed bunkers, then that would have to be the Balkan country of Bulgaria.

Both the country’s capital of Sofia and Plovdiv have plenty of subterranean marvels to sink your cultural teeth into. From the former’s recently unearthed Roman city of Serdika to the latter’s resurrected grand Roman stadium, a relic from the time when Plovdiv was known as Philippopolis. However, it was the country’s communist era bunkers and erstwhile bomb shelters that fascinated me the most on my trip to Bulgaria last summer.

In Sofia, I found myself getting down on my knees to buy everything from chewing gum to local sweet treats like the fig jam-smeared mekitsi fried dough from the rather strange looking pavement-level klek shops. With their name borrowed from the Bulgarian word for kneel (klek), these squat shops have an interesting history. During the cold war, the Soviets repurposed basements of apartments throughout Sofia to serve as bomb shelters, with designated separate spaces for each family to seek refuge in.

After the fall of communism in Bulgaria in 1989, residents of the apartments converted these basement shelters into an assortment of commercial spaces like shoe repair shops and haberdasheries to bakeries and mini convenience stores. Shops that could serve just one kneeling customer at a time through small sliding windows, with the shopkeeper’s head at the level of the customer’s feet.

However, there are only a handful of these klek shops left in Sofia today. New life is being infused into the shops with several being transformed into diminutive art galleries, basement cafés and even a few two-person only speakeasy-style cocktail bars.

Going with the flow!

I soon learn that Bulgaria’s subterranean wonders are not just limited to remnants of the country’s Roman and communist eras. And once again, Sofia is a notable example of this. With over 30 mineral hot springs that can be found within the city and its surroundings, hydrogeology is something that is taken very seriously here. In fact, the city’s ancient coat of arms even has a figure depicting the Greek god Apollo bathing at one such mineral spring.

Speaking of bathing, the Regional History Museum behind the grand Banya Bashi Mosque in the heart of downtown Sofia was once the old Turkish public mineral bath house, functional till 1986.

Adjacent to the museum, at a red and white-bricked water fountain, is where one can find several people partaking in the city’s mineral-rich water bounty by filling up huge bottles and jerrycans with the free, slightly salty-tasting warm water that flows from rows of ornate brass taps that don’t even freeze in Sofia’s sub-zero winters.

‘What lies beneath’ truly takes on a whole other meaning in Bulgaria, it seems.

The Mumbai-based writer and restaurant reviewer is passionate about food, travel and luxury, not necessarily in that order.

The Sadness of the Trips Not Taken

House Hunting in Russia: Green and Modern on the Gulf of Finland