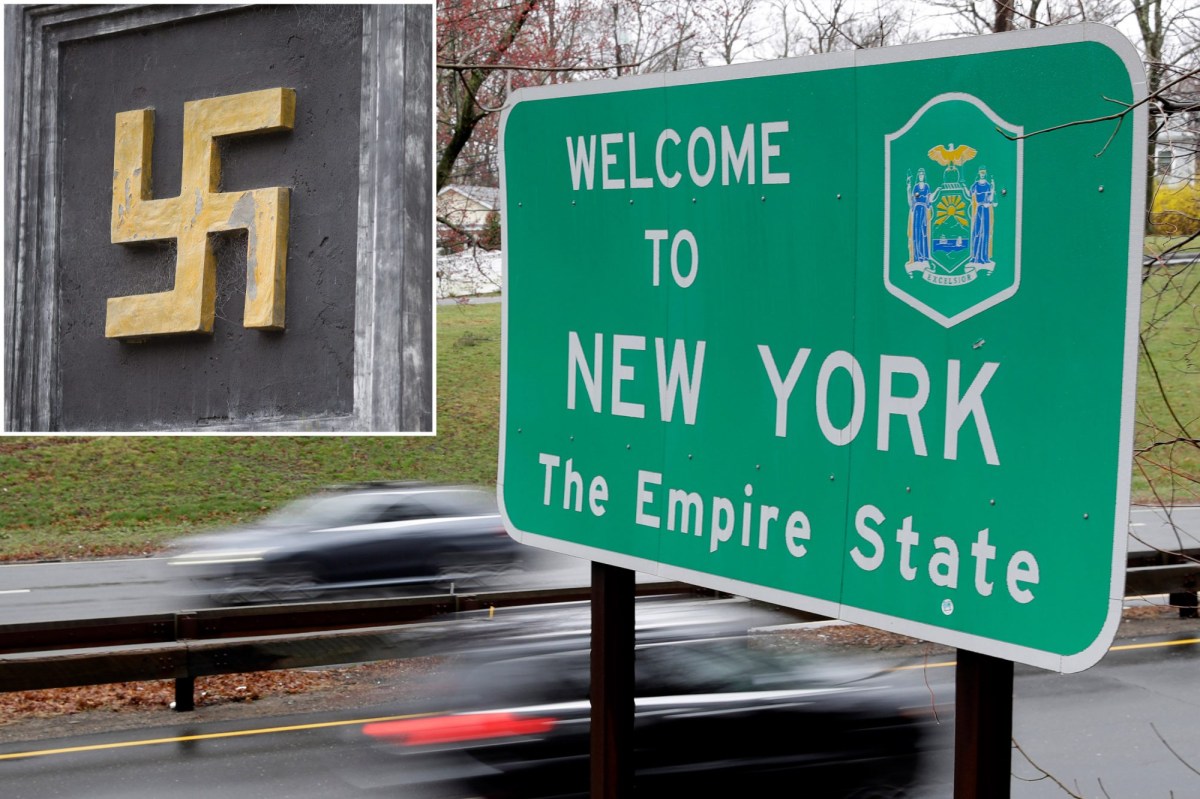 Officials of the small Adirondack town, located 50 miles from the Canadian border, have voted to retain its controversial name that predates nazism, NPR reported.

The four-member board for the Town of Black Brook, which has authority over the hamlet, voted unanimously to keep the name after five minutes of discussion during their Sept. 14 meeting.

Michael Alcamo, a cyclist from New York City, inspired the proposal after he passed a Swastika town sign during a recent ride this summer.

Alcamo then reached out to county officials to pitch a name change to the hamlet of about 1,500 residents. While the swastika was a common design element dating back centuries, it is now indelibly linked to nazism, a global symbol of white supremacy and hate.

“I think it should be obvious that the town should update its name and should pick a name that is not so offensive to so many Americans and so emblematic of intolerance, hate and tyranny,” Alcamo told NPR.

But several members of the Black Brook board appeared offended by the request and were steadfastly opposed to the idea, the Adirondack Daily Enterprise reported.

“I’m dead-set against changing it,” Councilor Aubin reportedly said at the meeting.

Aubin went on to note that the word means “well being” in the ancient Indian language of Sanskrit and “only an intolerant person” would assume the town was named in honor of nazism.

The town name stems from its post office, which was officially called “Swastika” back in 1913, according to the Daily Enterprise.

“Once was after World War II,” he said. “[Residents] adamantly opposed, and did not want to change the name. There’s a long history there. For the uneducated that immediately assume it’s connected to Germans and Hitler, it’s not. Swastika means ‘to prosper.’ ”

But Alcamo was disappointed in the board’s decision. He said leaving “Swastika” behind would show respect for those who died during the war and would be seen as a denouncing of hate.

“I didn’t expect a quick, unanimous vote to reject the proposal,” he said.