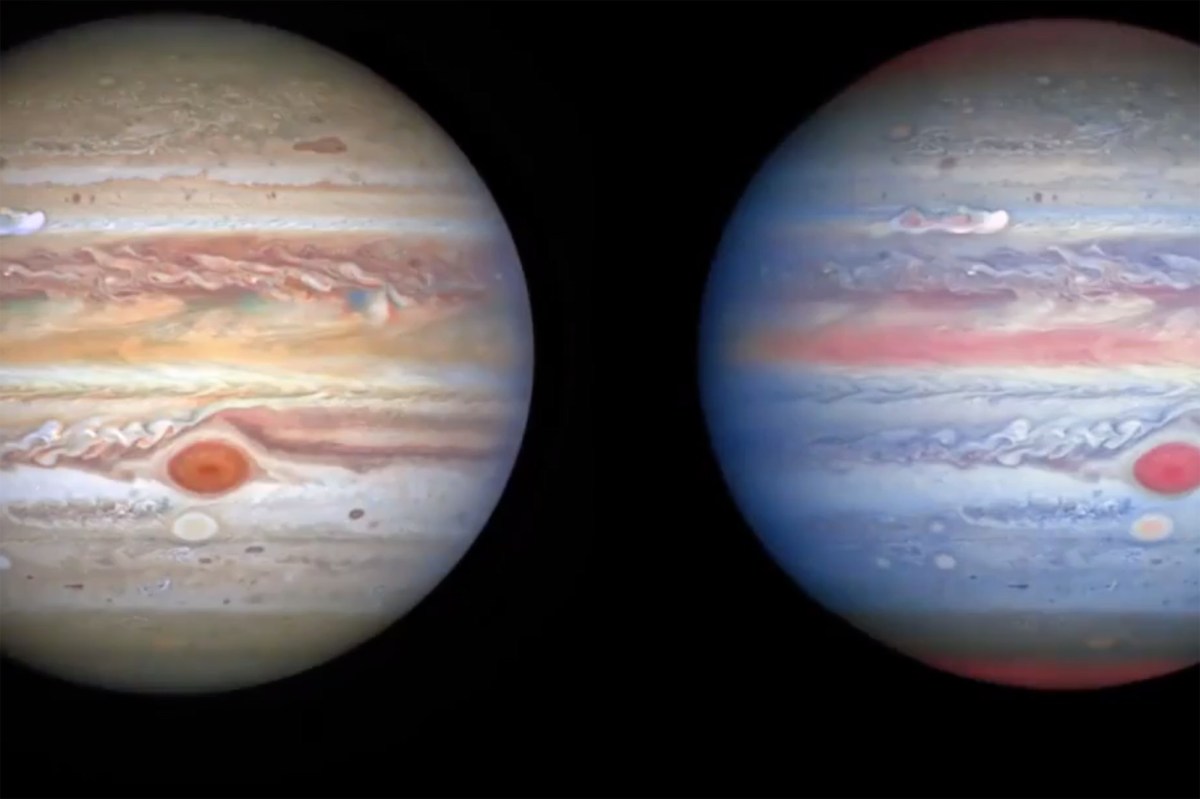 Details of Jupiter’s fierce storms are on full display in a new Hubble Space Telescope photograph — along with the planet’s potentially life-supporting moon, Europa.

The new space image, captured on Aug. 25 and released Thursday, features Jupiter’s Great Red Spot, a massive anticyclonic storm, as well as a new storm — pictured as a bright, white, stretched-out ribbon, that is traveling around the gas planet at 350 mph.

Europa shines as a bright dot to the left of Jupiter in the image, taken as the planet was 406 million miles away from Earth. Scientists believe the moon, which is smaller than Earth’s moon, has an ocean flowing under its icy surface. NASA plans to explore the moon later this decade to see if there are conditions ripe for life.

Jupiter’s Great Red Spot, which has been observed continually for more than a century, is an unusually deep shade in the photo.

Scientists have observed the super storm shrinking in size since 1930 — though measuring about 9,800 miles across, it’s large enough to swallow Earth.

Oval BA, known to astronomers as “Red Spot Jr.,” can be seen just below the Great Red Spot. The smaller storm appears to be darkening slightly after it initially changed colors from red to white in 2006.

Up to 30 Million in U.S. Have the Skills to Earn 70% More, Researchers Say