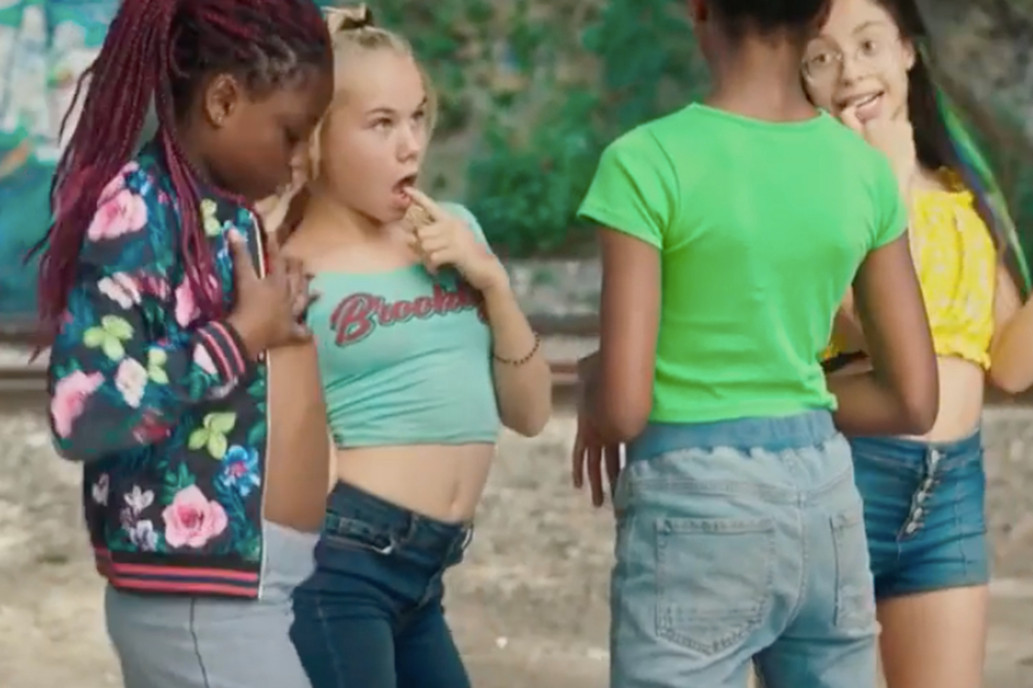 The French film “Cuties,” or “Mignonnes,” tells the story of an 11-year-old Muslim girl who becomes involved in a dance crew despite her family’s conservative traditions — but the movie has become hugely controversial for its perceived sexualization of little girls.

More than 610,000 people have signed a Change.org petition demanding Netflix subscribers cancel their subscriptions to protest the company’s decision to stream the film beginning Sept. 9.

Despite the public outcry, including the #CancelNetflix Twitter trend, the streaming giant is standing by the movie, recommending that critics actually watch it before condemning it.

“ ’Cuties’ is a social commentary against the sexualization of young children,” a Netflix spokesperson told The Post. “It’s an award-winning film and a powerful story about the pressure young girls face on social media and from society more generally growing up — and we’d encourage anyone who cares about these important issues to watch the movie.”

The movie’s writer and director, Maïmouna Doucouré — who, like the film’s main character, Amy, is Senegalese — spent a year researching the film, interviewing local children in the area the movie is set in about their behavior and motives.

Still, many social media users have said they find any portrayal of child sexualization abominable.

“When you call a movie ‘Cuties’ and promote it like this: That’s sexualizing 11yr old kids,” wrote @iDavid76. “Shame on you, @Netflix.”

“I received numerous attacks on my character from people who had not seen the film, who thought I was actually making a film that was apologetic about hypersexualization of children,” she told Deadline. “I also received numerous death threats.”

Others believe the film to have merit but that Netflix just advertised it poorly. “So… Netflix bought Maïmouna Doucouré’s MIGNONNES, gave it a misleading poster and summary, and now people are review-bombing it sight unseen on IMDb and Google and petitioning for it to be removed?” tweeted Vulture film critic Alison Willmore.

Film critic Richard Brody argued in The New Yorker that haters have wholly missed the point of the film, which in fact critiques the structures which lead to child sexualization.

“The subject of ‘Cuties’ isn’t twerking; it’s children, especially poor and nonwhite children, who are deprived of the resources — the education, the emotional support, the open family discussion — to put sexualized media and pop culture into perspective,” he wrote, noting that he doubts many of the “scandal-mongers” have actually seen the film they are so passionately against.

“Cuties” does not celebrate children behaving sexually, he argued, but rather “it dramatizes the difficulties of growing up female in a sexualized and commercialized media culture.”