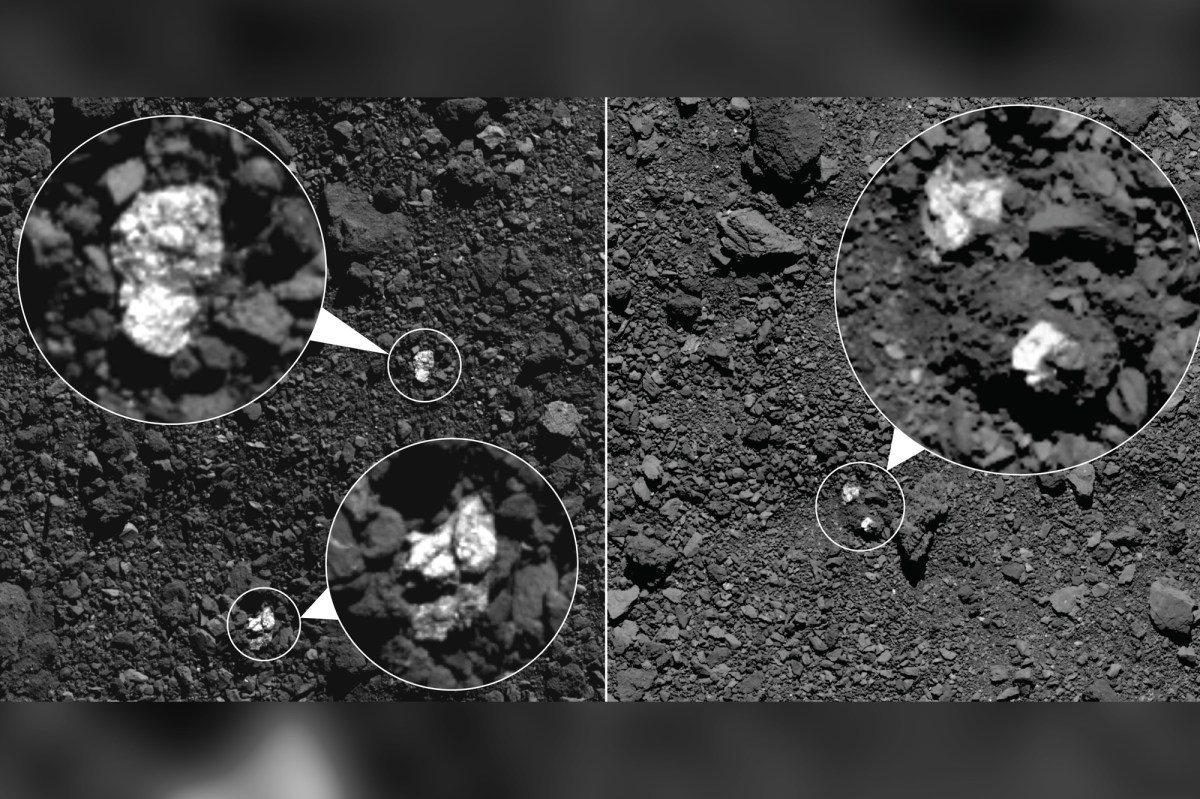 NASA has discovered something peculiar on the asteroid Bennu — bits of another asteroid.

In a statement posted to its website, the government space agency said parts of the asteroid Vesta were discovered on Bennu, ranging in size from five to 14 feet. They are also significantly different in color when compared to asteroid Bennu.

“We found six boulders ranging in size from 5 to 14 feet scattered across Bennu’s southern hemisphere and near the equator,” said the study’s lead author, Daniella DellaGiustina, in the statement. “These boulders are much brighter than the rest of Bennu and match material from Vesta.”

After discovering the fragments in the spring of 2019, scientists observed them further and found they contained traces of the mineral pyroxene, found on Vesta.

“Our leading hypothesis is that Bennu inherited this material from its parent asteroid after a vestoid (a fragment from Vesta) struck the parent,” study co-author Hannah Kaplan added in the statement. “Then, when the parent asteroid was catastrophically disrupted, a portion of its debris accumulated under its own gravity into Bennu, including some of the pyroxene from Vesta.”

NASA created a video to show the findings in greater detail.

It isn’t uncommon for asteroids to crash into each other. “Examples include dark material on crater walls seen by the Dawn spacecraft at Vesta, a black boulder seen by the Hayabusa spacecraft on Itokawa, and very recently, material from S-type asteroids observed by Hayabusa2 at Ryugu,” NASA wrote in the statement. “This indicates many asteroids are participating in a complex orbital dance that sometimes results in cosmic mashups.”

The researchers hope future observations will give them clues about why these mashups happen.

“Future studies of asteroid families, as well as the origin of Bennu, must reconcile the presence of Vesta-like material as well as the apparent lack of other asteroid types,” said study co-author and OSIRIS-REx principal investigator Dante Lauretta. “We look forward to the returned sample, which hopefully contains pieces of these intriguing rock types.”

The research was published in the scientific journal Nature Astronomy.

Since arriving at the asteroid in December 2018, OSIRIS-REx (which stands for Origins, Spectral Interpretation, Resource Identification and Security Regolith Explorer) has been observing the space rock and looking for spots to land.

After being delayed by the coronavirus pandemic, NASA said OSIRIS-REx’s first attempt at sampling the asteroid will occur on Oct. 20, pushed back from Aug. 25. The second rehearsal took place on Aug. 11 after being pushed back from June.

In December 2019, prior to the pandemic, NASA picked the spot where it would land on the asteroid.

It has snapped some incredible images of the asteroid and made observations about it that have surprised researchers, including the fact it was shooting out rocks.

OSIRIS-REx is expected to begin a two-year journey back to Earth in the middle of 2021 and return with samples in September 2023.