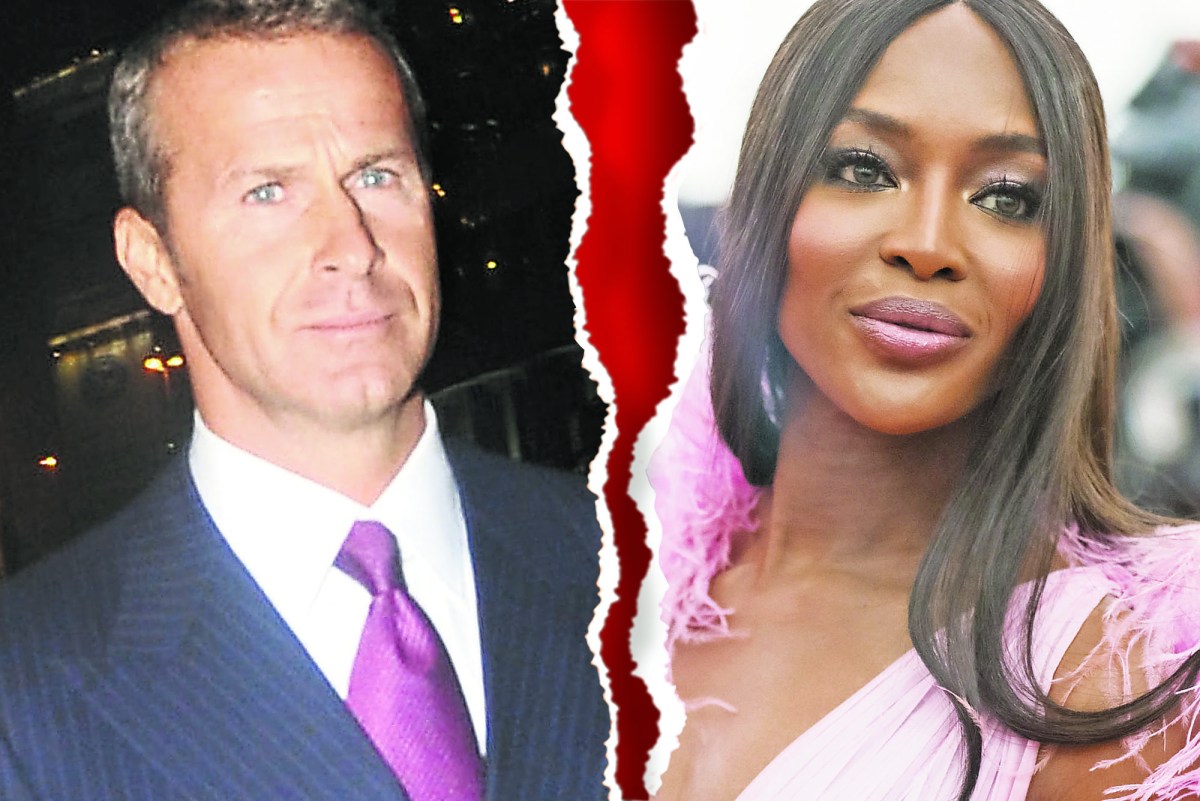 This week, it was revealed that Naomi Campbell’s billionaire ex-lover Vladislav Doronin is suing her for millions of dollars. But, it turns out, the fiery supermodel had already sued the Russian real estate developer months earlier.

Campbell filed papers in London in February and is currently in arbitration “to get some of her things back that are in his possession,” a source who knows the model told The Post. “She’s been asking for these things back for years, but they’ve had no recent conversation. And then he went and did this.”

Campbell, who is currently in Europe, is not furious about her former beau’s actions, the source added. “It’s really the other way around.” (A rep for Campbell had no comment.)

In documents filed in New York’s Supreme Court on Sept. 4, seen by The Post, Doronin claimed that Campbell has refused to return his personal property, which he valued at more than $3 million. It’s not clear yet how much money he claims to have loaned her.

Paul M. O’Connor III, a partner at Kasowitz Benson Torres LLP, which represents Doronin, said in a statement that his client tried to resolve “a series of ongoing disputes” with Campbell in private. “Unfortunately, despite our client’s best efforts that was not possible, and seeking resolution through the legal system is the only option remaining.”

What more could a jet-setting billionaire need? A friend of the former couple, who dated for five years starting in 2008, said, “it can’t be just about the cash, it’s about the game. It’s a power thing.”

Campbell, now 50, has always had a thing for power.

The supermodel has been involved with some of the richest men in the world, including Italian businessman Flavio Briatore, oil magnate Badr Jafar, Brazilian real estate tycoon Marcus Elias and Egyptian tobacco businessman Louis Camilleri. She has also been linked to Saudi businessman Hassan Jameel, who went on to date Rihanna. She was engaged to U2’s Adam Clayton and connected to Robert De Niro and Leonardo DiCaprio.

But friends said that Doronin, who she met at the Cannes Film Festival in 2008, was the man who finally grounded her.

“Things were ordered when Naomi was with him,” one said. “I felt her life had a bit more balance, a bit more discipline.”

Doronin, 57, made his money in the trading world and went on to build a real estate empire as founder of the Moscow-based development firm Capital Group, and as chairman and CEO of OKO Group, a U.S.-based real estate company. He met Campbell at the Cannes Film Festival in 2008, and a passionate — and expensive — courtship commenced.

“The party that she threw for his 50th was just incredible,” their pal said.

The model gave Doronin a lavish three-day bash in India to celebrate his 50th birthday in 2012, with A-list guests including Demi Moore and Kate Moss. For a bit of music, Diana Ross was flown in by private jet to perform. During their relationship, no expense was spared.

Doronin built Campbell a futuristic multi-million-dollar love nest in a Moscow forest — the only home ever designed by the late architect Zaha Hadid — which last year was put on the market for $100 million. Other mementos included a 25-bedroom house on Cleopatra Island in Turkey, which is shaped like the Egyptian Eye of Horus, for her 41st birthday.

“I’m sure that Naomi would say that Vlad is the worst bastard in the world,” the friend of both said. “I’m not sure that’s the case.”

However, another confidante added, “Vlad did not want her to work. And she knew that if she continued to work, it would come down to work or her personal life. And her personal life seems to have taken the toll.”

The luxe adventure ended in 2013 when, according to friends, Doronin was spotted frolicking on the beach with another fashionista.

Look, she’s busy working and she knows whom she’s dealing with . . . She doesn’t want to turn this into some big storm. She just would love her things back.

– A friend of Naomi Campbell

He and Campbell were on the brink of splitting, sources said, and then Doronin was pictured passionately embracing Chinese model Luo Zilin on the Spanish party isle of Ibiza in June of that year.

“That’s when it went horribly wrong,” a British TV source told The Post. “To my recollection, they were on the rocks at the time, but I don’t think they had formerly parted at that stage. Then he popped up with Luo and that was the point of no return.”

Making matters worse, Campbell had mentored Zilin, a former Miss Universe China, on her British reality TV show “The Face.” She was irate because, as a source said at the time, “it’s fair to say they met through Naomi.”

Whether or not Campbell had a hand in it, Zilin was promptly fired by her modeling agency, MIX Model Management NYC for “unprofessional conduct” and an “unacceptable work ethic,” to which insiders subsequently accused Campbell of “bullying” the younger model.

Doronin has since moved on with Russian model Kristina Romanova, with whom he has two young daughters. He is now mainly based in Miami, where he lives on Star Island, home to big names including J.Lo and A.Rod, but has said in interviews that he commutes around the world.

In 2014, he bought the luxury Aman hotel group, becoming chairman and CEO, and he plans to open Aman New York after buying Manhattan’s landmarked Crown Building, with 22 condos and 83 hotel rooms and suites.

All the while, the magnate has managed to stay shrouded in mystery. It’s not even known whether Doronin has ever actually divorced his estranged wife Ekaterina, with whom he has a grown-up daughter named Katya. The Post could not find records of any divorce.

Although Doronin may not have wed again, his girlfriend Romanova — best known for starring in the music video for the late Swedish DJ Avicii’s 2013 hit song “Wake Me Up” — has been spotted wearing a massive diamond engagement ring on Instagram.

As for Campbell, she was last year said to be dating former One Direction heartthrob Liam Payne, who at 27 is 23 years younger than she is.

A source who knows Campbell threw water on the rumored fling, however, saying, “I know that the entire Liam Payne thing was a fiasco, he just used her name for publicity and it felt like some PR stunt on his part.

“Something that was mildly flattering just became a joke that eventually really annoyed her… I think if you get in the middle of her relationships, you just get squashed. It’s not a good place to be!”

Asked if she’s currently dating, the friend said: “I would say that she seems very happy with where she is in her life. She doesn’t need a guy to fulfill her, it’s the work that’s fueling her. She’s getting serious.

Campbell has been focusing on her YouTube show “No Filter With Naomi,” where she’s chatted with stars from Lee Daniels to Kate Hudson, and is building her own new media company. Despite her notorious temper, she’s not shaken by the Doronin fracas.

“Look, she’s busy working and she knows who she’s dealing with,” a source said. “She doesn’t want to turn this into some big storm. She just would love her things back.”