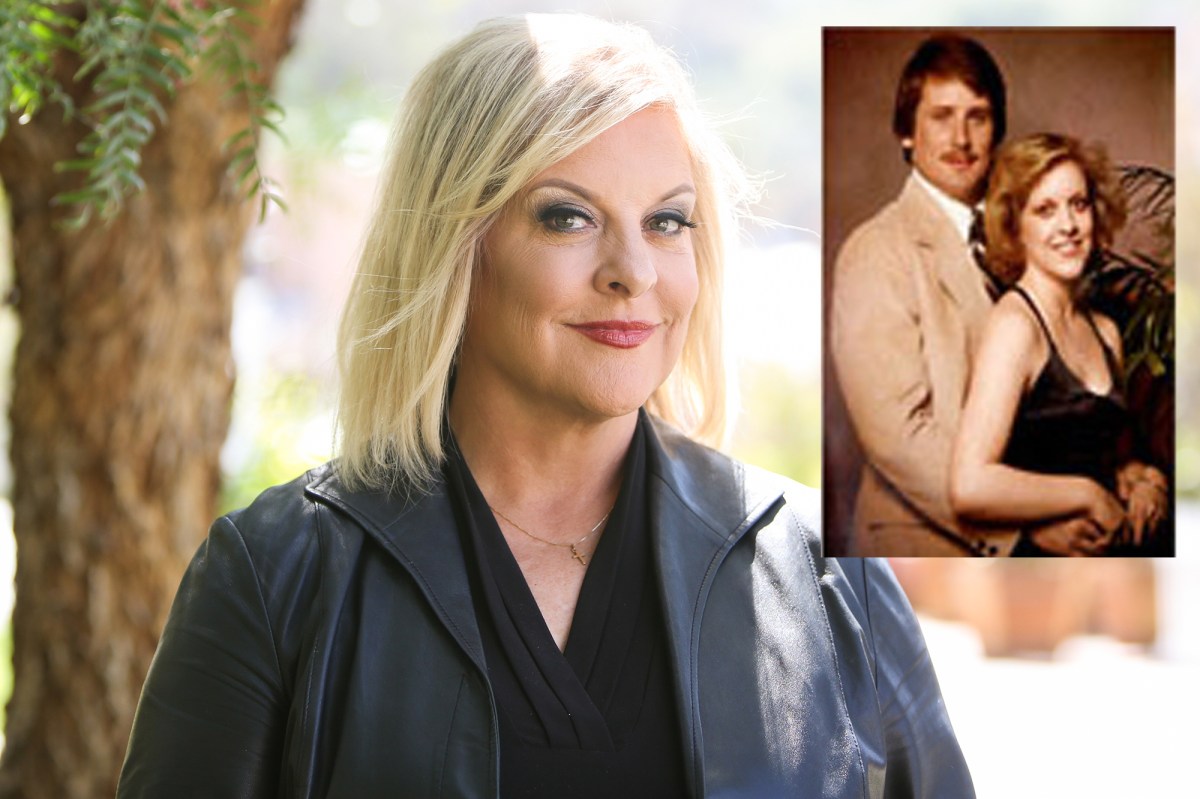 Years before she became Nancy Grace, legal commentator and host of her own show, “Crime Stories with Nancy Grace” on Fox Nation, she was Nancy Grace, a 19-year-old English literature major at Mercer University in Georgia. She spent her days studying Shakespeare and dreamed of becoming a professor. She was about to be married to Keith Griffin, a 23-year-old geology student who had been earning extra money working for the Ingram Construction Company on the Georgia Kraft Plywood site near Madison, Ga.

And then tragedy struck.

One day in August 1979, a few months before the wedding, Griffin took the company truck out to buy sodas for himself and his co-workers. As he drove out of the Kraft Plywood entrance road and onto US Route 278, he was shot and killed by a former co-worker, Tommy McCoy, who had recently been fired from the construction company. McCoy had no prior criminal record.

The killing shattered Grace’s world; she completely lost her appetite, and dropped out of school for a time.

“I had no idea what was going on in the world until Keith was murdered,” Grace told The Post. “Since then, I’ve been driven by the idea that if I could stop one crime, it would be worth it.”

When she went back to school, she went in a different direction, getting her JD degree at Mercer, followed by a master’s of law at New York University. As she devoted her life to getting criminals off the streets, McCoy was convicted for murder in 1980 and served more than 25 years in prison until his parole in 2006.

Grace spent almost a decade as special prosecutor for the Atlanta-Fulton County District Attorney’s office in Georgia before catching the attention of Court TV founder Steven Brill, who invited her to be a co-host with Johnnie Cochran on the network — and turned her into a star.

After having sworn she would never marry or have kids, Grace did find love again: In 2007, she married David Linch and in 2008 became a mother to their twins, John David and Lucy, who are now 12.

Her new book, “Don’t Be a Victim: Fighting Back Against America’s Crime Wave” (Grand Central Publishing), out now, aims to arm people with safety tips: “Do not linger in the parking lot, on arrival or on departure. Don’t start a phone conversation. Keep moving,” she advises in one chapter. In another, she urges: “Never have your child’s belongings monogrammed or stylized with their name or initials. This makes it so much easier for a predator to get your child’s attention by calling out their name, and in that one moment they attack. Being called by their name also lulls a child into the belief the predator knows them and their family.”

The Post caught up with Grace recently to talk about the book, current events — and moving on after tragedy:

Were you a different person before Keith died?

I’ve been told I had a completely different personality before then. I don’t remember who that girl was! I just wanted to read Shakespeare all day, and teach it. I grew up in a very rural area out in the middle of Georgia, on a red dirt road with a well dug by my grandfather. The bookmobile would come out to serve the needy people — i.e., us! I had never heard of violence or racism or poverty. No one had anything, but we were happy. After school, I’d ride my bike until I could hear the church steeple ringing to signal that it was time for dinner.

You spend your professional life dealing with very dark stuff. What do you do when you want to relax, or shut it all out?

Up until I had kids, I had no desire to shut any of it out. When I’m not fighting crime, I feel like a fish out of water. [But] the children forced me to change my life. I don’t want them to have a sad mommy or to have a life that is overshadowed by crime. So when I pick them up from school, I turn it all off and I make a conscious effort to do what they need. I cook 5 to 6 nights a week and we sit down together to eat. I play, swim, bike with them. I even became a scout leader! I want my little girl to be an Eagle if she wants to. I pitch tents in the rain, in the dark. I’m all in. I don’t want to be distracted. Unwittingly, the kids have made me let go a little bit. They have somehow brought real joy into my life for the first time since Keith was killed. It’s real, and it’s the best thing that’s happened to me.

What made you want to write this book?

As part of “Crime Stories,” I get to help fight crime. Looking back and thinking about all the cases I investigated, I wanted to use all that to help people not become a victim in the first place. So the book is me trying to make sense of all of it to help other people.

What’s a good safety tip for parents to follow?

Well, 30 percent of child abductions have something to do with the school route. So I get up around 5 every morning and I get everything ready to take the children to school. I always take them to school myself.

What do you think about the “defund the police” slogan?

The thought of defunding the police is ridiculous. I know there are some bad apples and some criminals that are cops. For the most part, judges, cops, are some of the most honorable people I’ve ever met. What happened to George Floyd is wrong and I’d happily prosecute all of those cops. They were all there and they were all responsible. But defunding [the police] does not stop crimes.

‘Sexy’ Jack Black is better than ‘clown’ Chris Pratt in every way: Twitter