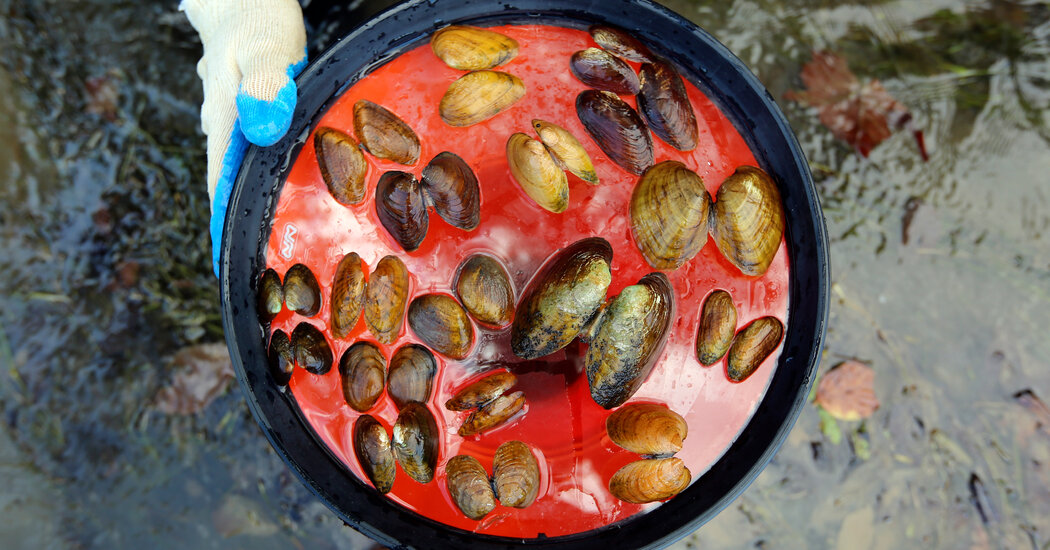 One of those, a densovirus, belongs to a class of viruses linked with lethal epidemic disease in shrimp, cockroaches, crickets, moths, crayfish and silkworms. It was much more likely to be present, and in higher densities, in sick mussels compared with healthy control subjects.

“Before, we were throwing our hands up, said Tony Goldberg, a veterinary epidemiologist at the University of Wisconsin and a co-author. “Now we have a clear hypothesis.”

The findings do not conclusively show that the virus causes die-offs. Other factors — bacteria, invasive bivalves, warming waters — could be interacting with the novel virus to weaken or kill off freshwater mussels.

Traci DuBose, an ecologist at Virginia Tech not involved in the paper, has studied the role of droughts in mussel die-offs. “I think it’s very complementary,” she said of the new findings. Given how little we know about mussel biology and mortality, Dr. DuBose said, “It all goes hand in hand.”

Next, the Wisconsin researchers will isolate and study the novel virus in a lab setting and, eventually, use it to experiment on thousands of tiny live, hatchery-grown mussels. Further down the line, they could even develop a rapid test to detect the virus in cultured or wild mussel populations. But there are major obstacles to studying the mussels.

Unlike with humans, chimpanzees or even oysters (where there’s a financial or humanitarian drive for this kind of virology), the researchers don’t have an established model for working with freshwater mussel cells. That means they don’t have a clear picture of how to grow mussel cells or the virus in a lab.

G.M. Drops Its Support for Trump Climate Rollbacks and Aligns With Biden