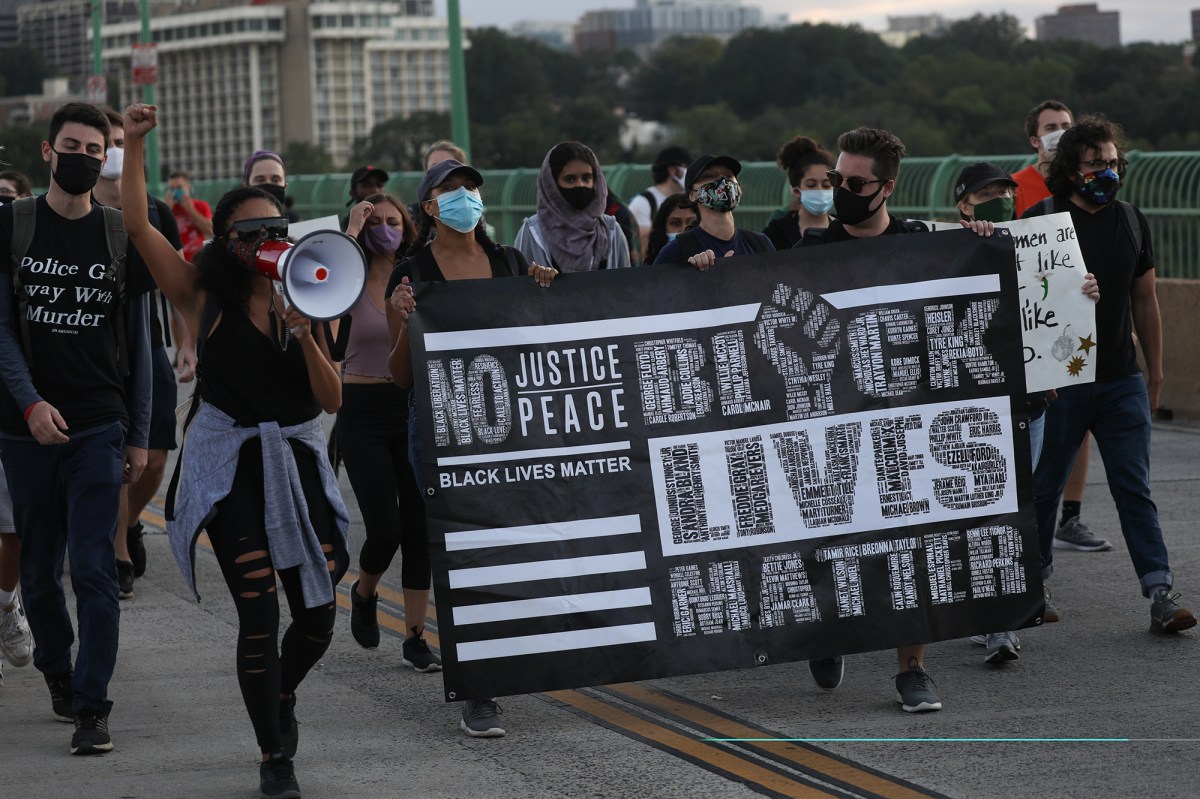 More voters consider the unrest in three US cities stemming from Black Lives Matter demonstrations to be riots rather than protests, a new Fox News poll shows.

The poll, published Sunday, found that 48 percent of likely voters surveyed described violence in New York, Portland, and Kenosha, Wisconsin to be riots, compared to 40 percent who saw them as protests.

The results break down in part along party lines, with 68 percent of Republicans calling the unrest riots, compared to 30 percent of Democrats.

Along racial lines, more than half of white voters, or 52 percent, saw the protests as riots. Meanwhile, 62 percent of black respondents and 48 percent of Hispanics described them as protests, the poll shows.

Thirty-nine percent of those polled also blamed the clashes with police on “left-wing radicals,” with 33 percent saying “right-wing radicals” were at fault, according to the poll. Nine percent blaming both.

However, more likely voters said they trust Democratic nominee Joe Biden over President Trump to bring the country together, by a 54-40 percent margin, according to the results.

The poll surveyed 1,311 registered voters and 1,191 likely voters by phone and in live interviews between Sept. 7-10 from a random sample.

The three cities cited in the poll are among dozens nationwide that have seen people take to the streets calling for racial equality and an end to police brutality since the May 25 police custody death of George Floyd in Minneapolis.