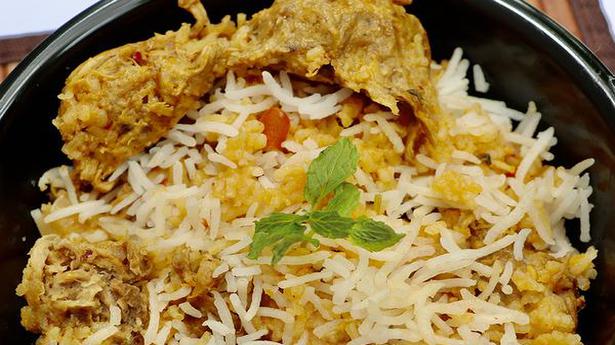 Unlike plant-based protein foods of the past, which were aimed at vegetarians, the new mock meats are meant to taste like the real thing and be marketed to meat-eating customers

“Are you sure this is vegetarian?” Asha Seshasayee asked the waiter, biting into a piece of crispy fried prawn. The waiter nodded as he piled plates of sea food on the table — crab cake, soy fish, black pomfret fillet etc.

Asha and her husband Vikram Seshasayee were at the Cameleon Restaurant in Kuala Lumpur where all items on the menu had the names of popular non-vegetarian dishes but were made entirely from plant based sources. The couple turned vegetarian in 2010. Though they never went back to eating meat, they still missed its taste.

After returning from Malaysia, Asha says she talked to a friend, Inba Kishore, who runs a shipping company specialising in the cold chain industry.

“We decided to form a company to start importing meat analogues into India,” she says. Meat analogues resemble meat in texture but are created from vegetables by processing extracted plant protein through a cooking extruder to create long fibrous strands of protein. Asha and Inba tested close to 50 different meat analogue products from various companies in the South East, but most of them did not pass lab tests due to trace quantities of solvents, egg and artificial flavouring.

After two years of searching they connected with a 35-year-old Malaysian company that makes meat analogues out of Japanese shiitake mushroom and soy proteins. It exports its products to Europe and Australia. The products were tested at NABL accredited laboratories and passed all the guidelines specified by FSSAI.

They decided to call the product Veat and signed an exclusive agreement with the manufacturer for India and Sri Lanka.

As more people look for alternatives to meat, mock meat has been gaining popularity in India. Tempeh (made of fermented soya), Seitan (made from wheat gluten) and soya chunks are popular meat substitutes.

However, with the current focus on healthier, minimally-processed options, chefs and home cooks are looking for plant-based alternatives. Raw jackfruit is gaining popularity: its neutral flavour and stringy consistency enables cooks to create plant-based versions of shredded chicken, pulled pork and even jackfruit biryani.

“Raw jackfruit when roasted gives a texture of meat protein,” says Peter Tseng, brand chef of Soy Soi group explaining how they are constantly experimenting with alternatives to meat for their Asian menu. However, as jackfruit is seasonal, an alternative like Veat is useful in a professional kitchen.

Chef Sheetharam Prasad, corporate executive chef for the GRT Hotels Group says that mock meat offers more protein. “One 75 gram serving of plain jackfruit has just one gram of protein versus 10 grams of protein in the same amount of tofu or 12 grams in a quarter cup of raw lentils.”

Over the last couple of years plant-based protein foods have been creating news with companies such as Impossible Foods and Beyond Meat hitting the headlines with their faux meat patties.

Unlike alternatives of the past which were aimed at vegetarians, these products are meant to taste like meat, be marketed to meat-eating customers, and replace some of those customers’ meat purchases. Asha says their product is suited for South East Asian and Indian cooking, and they plan to bring burger patties into India in a couple of months.

Veat-based dishes are currently being offered on the menu of restaurants in Chennai like Soy Soi, Pumpkin Tales, Zhouyu, Oyalo Pizza and Noodl, a cloud kitchen run by Chef Mathangi Kumar. The product is available at all Sunnybee department stores in Chennai. Inba and Asha’s company Samrudh Vyapar plans to launch it nationally by the end of 2020.