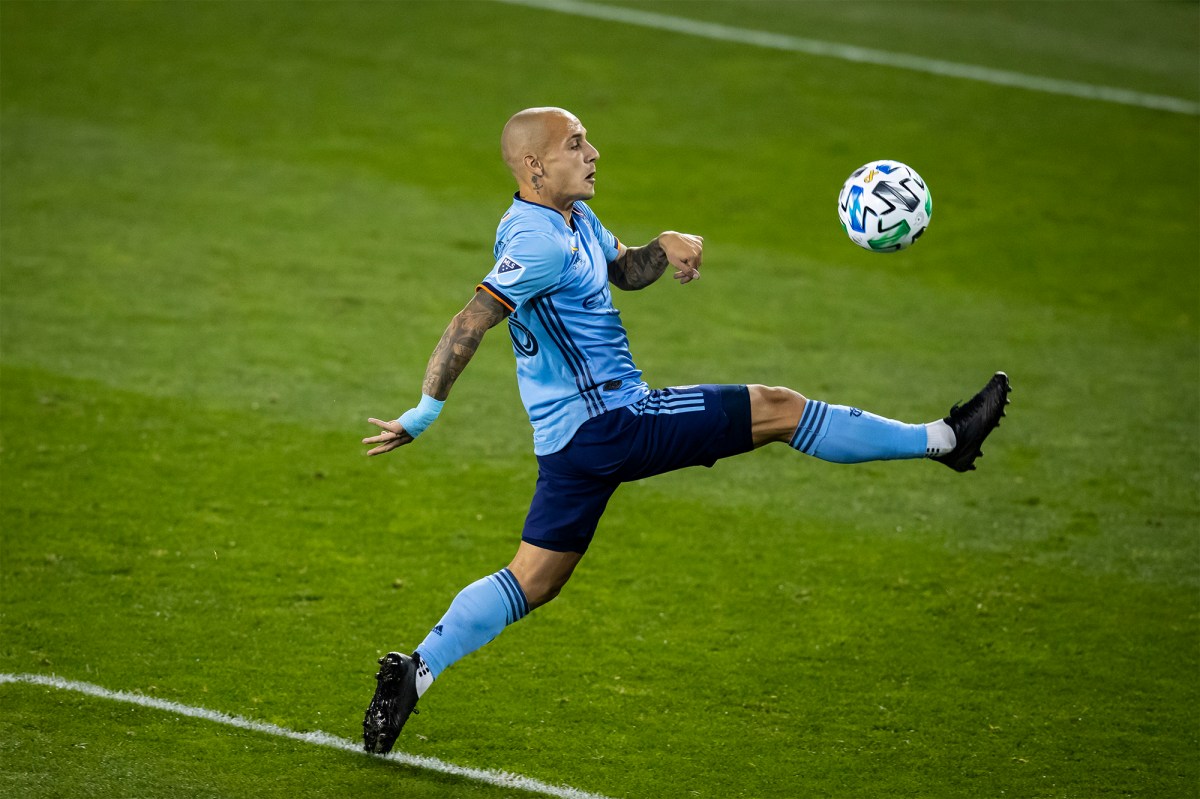 First, he called upon Alex Ring. Next, he inserted Jesus Medina.

It wasn’t until Saturday’s match against Cincinnati — New York City’s third straight without talisman Maxi Moralez — that Deila gave Alexandru Mitrita a chance at No. 10.

And the decision looked long overdue.

Mitrita, who has been in and out of Deila’s doghouse this season, absolutely shone, scoring two goals (including the fastest in club history) en route to a 4-0 rout of FC Cincinnati. It was easily his strongest match of the season, as he registered eight shot-creating actions and four dribbles (both game-highs this season), per FBref.com. The two goals were his first of the season.

Despite Deila’s almost constant use of Mitrita on the left wing, there is precedent for the Romanian playing in the No. 10 role. He appeared 11 times there (as compared to eight on the left wing) for CSU Craiova in the 2018-19 season before joining NYCFC, per Transfermarkt.

Since his move to New York — a team with a recognized 10 in Moralez — that positional breakdown has become far more lopsided (30 times on left wing, three at the 10). With Moralez out for at least a couple more weeks, it’s time for that to change some.

Deila’s problems with Mitrita’s workrate have been well-documented, and this column has even questioned whether Mitrita is a player who can truly thrive in a strict system like Deila’s. Those are fair questions for the future, but Deila has a chance in the short-term to fashion his team around Mitrita.

Especially after Saturday, he should grab that chance with open arms.

Deila’s ambivalence towards Mitrita is obvious in how long it took to grant him the No. 10 role in Moralez’s stead. Ring (who left the Cincinnati game with an injury) is just not an attacking midfielder, and Medina has far lagged behind Mitrita in terms of end product.

Deila may have backed into playing Mitrita at the 10, but it’s a decision that he arrived at nonetheless.

Now, it’s time for him to stick with it.

A night of firsts for the Red Bulls

In the wake of firing Chris Armas, the Red Bulls are experiencing a new-coach bounce with interim replacement Bradley Carnell.

New York posted a second straight 4-1 victory on Sunday, good for Carnell’s second in three games at the helm.

Two things happened against Montreal that will give Red Bulls fans cause for optimism.

Firstly, Tom Barlow scored his first two goals of the season, a belated welcome sight that somehow ties him as the team’s second top scorer. The club has toiled through a game of musical chairs at striker this season — perhaps Barlow can now cement that spot and support Daniel Royer and Kaku going forward.

Secondly, the Red Bulls earned their first comeback win of the season after falling behind early to a Bojan wonderstrike. A month ago this team may have sulked at the early disadvantage — on Sunday, it did just the opposite.

The Red Bulls have strung together two of their best offensive games of the season since Carnell took over — and committed to playing Kaku in the center — with their two best xG tallies of the season coming against Montreal (2.3) and Miami before that (2.8).

The Red Bulls have at least been able to beat up on struggling opponents of late, but Saturday’s test at an upstart Orlando City will truly show the degree of their ongoing progress.