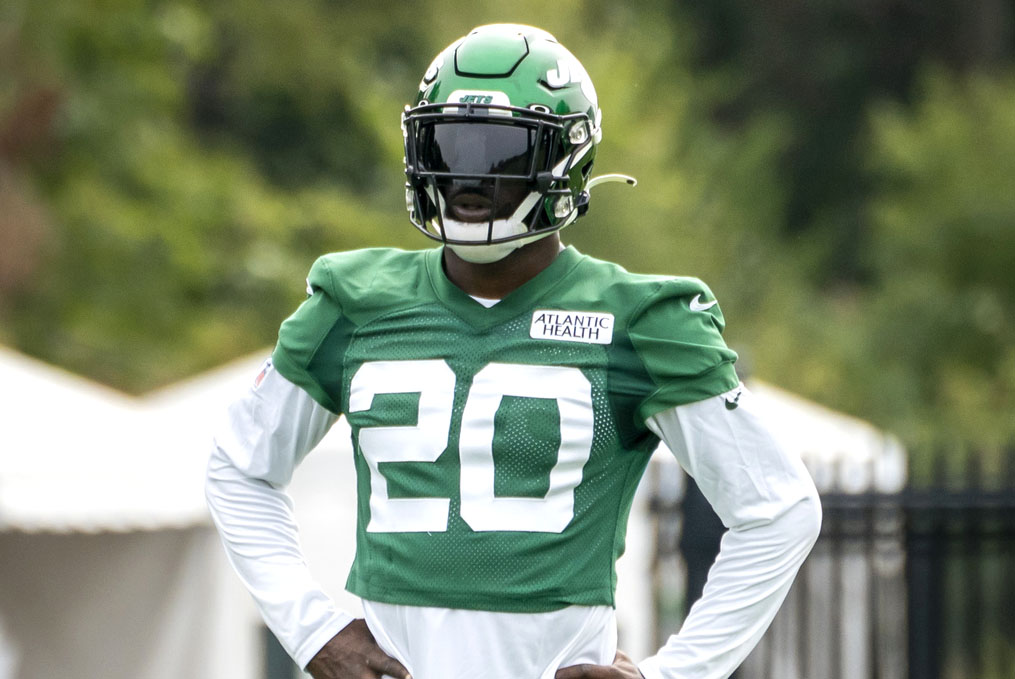 Marcus Maye was overshadowed from the moment he entered the NFL.

When the Florida standout was selected with the 39th-overall pick in the 2017 draft, the Jets had already taken Jamal Adams with the sixth-overall pick. So, Maye became the “other” safety for his first three seasons, a solid producer who was easily overlooked beside the more gifted and vocal two-time Pro Bowler playing the same position.

Once Adams was traded to Seattle in July, Maye was certain to be subject to comparisons to the former star all season, if not, much longer. Thus far, the Jets would be happy to invite them.

In his first game replacing the Jets’ best defender, Maye emerged as the team’s top player, becoming the first in franchise history to record two sacks, one forced fumble, two passes defended, two tackles for a loss and 12 total tackles, while playing all 87 defensive snaps of the season-opening 27-17 loss to the Bills.

Head coach Adam Gase couldn’t ask for anything else in a game the Jets needed so much more.

“Talk about a guy that probably did about everything imaginable at the safety position, from blitzing, coverage from in the box, safety play, almost picking a ball in the red zone, doing a great job of identifying what they were doing and anticipating it,” Gase said Thursday. “He did everything in this last game. I don’t think there’s many guys who can do what he did last week as far as the variety.”

In Maye’s first 38 career games, he registered a total of one half sack and an average of 4.7 tackles per game. Adams’ departure provided greater opportunity in defensive coordinator Gregg Williams’ system, moving Maye from patrolling deep as a free safety to the box safety, set up to blitz and hit near the line of scrimmage.

Maye made the adjustment he’s described as being in “two different worlds” look as simple as switching cleats.

The Jets won’t enjoy Maye’s production at a bargain rate much longer, though.

After declining to offer Adams a massive contract extension, the Jets will soon be faced with a similar decision regarding Maye — who is in the final year of his contract, which has a cap hit of less than $2.1 million this season.

Soon, Maye will see a significant raise. The spotlight has finally swiveled to him.

“I wasn’t surprised at all. He’s a playmaker,” safety Bradley McDougald said of Maye’s performance. “He had a great camp, one of the best on defense. For him, it was just another day in the office.”

‘Grief Comes Out the Clear Blue’: The Death of Kobe, the Father