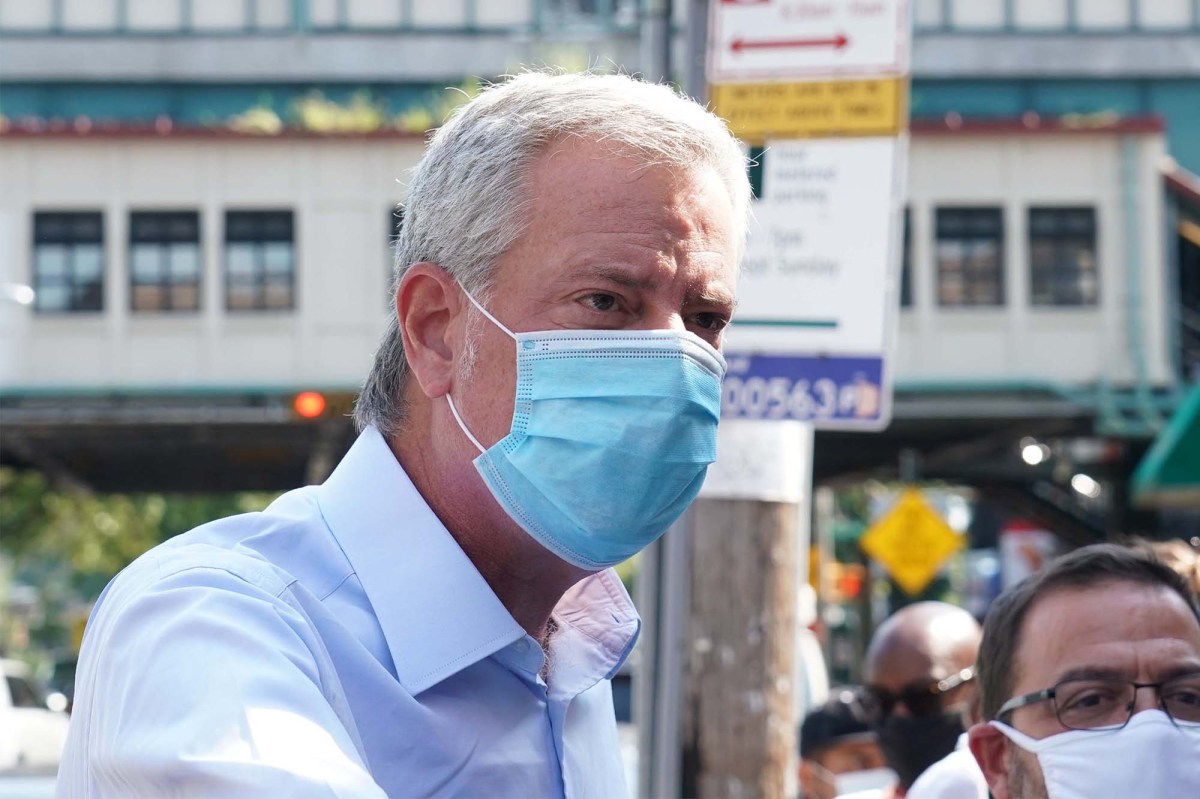 “I believe he should bring back his staff and the city tenants first. At SL Green we have 100-percent attendance, I think the mayor should lead that along,” Green told The Post at a ribbon cutting Monday for the 77-foot tall skyscraper One Vanderbilt in Midtown Manhattan.

While Green was not among them, the heads of 163 other major corporations wrote de Blasio last week demanding that he crack down on crime and quality-of-life concerns so their employees could come back to the office.

Mayoral spokesman Bill Neidhardt confirmed that just a small crew comes to City Hall daily to do their jobs in-person and the remainder of staffers work remotely. De Blasio first authorized municipal employees to work from home in March at the start of the coronavirus pandemic.

But schools are scheduled to reopen for in-person learning next week, indoor dining starts at 25 percent capacity on Sept. 30, and the city’s positive COVID-19 test rate is extremely low at under 1 percent.

Councilman Keith Powers (D-Manhattan), who spoke at the ribbon cutting, said that mayoral staff who can work safely form home should do so, but urged de Blasio to formulate a plan for bringing people back to City Hall.

Before Labor Day only 10 percent of office workers had returned to their desks. MTA subway ridership is at about 30 percent of pre-pandemic levels.

De Blasio acknowledged SL Green’s impressive attendance rate in public remarks at the ribbon cutting — but was mum on his own staff.

“I want to give you a special thanks – we talked about this a few days ago, the fact that your employees are all back in your office, showing that something big is happening, the comeback is happening,” de Blasio said.

The notoriously tardy mayor arrived at least 30 minutes late despite claims by his spokesman that he was making calls nearby and waiting for his turn to speak. An event organizer said the program started 15 minutes late.

Green gave de Blasio a pass for being less-than-punctual, saying, “I’m sure he’s a very busy man. I’m just happy he showed up.”

The mayor, whose public schedule had him speaking at 11:45 a.m., finally took the podium shortly past 12:30 p.m. to declare that “New York City is open and returning to work.”

“As we rebuild a fairer, better city, we’ll need thoughtful development projects like One Vanderbilt more than ever,” de Blasio said at the ribbon cutting.

“Public-private partnerships like these will help New York City come back stronger and revitalize major business hubs like Midtown East in the process,” he added.

The tower includes connections to mass transit and a 14,000-square-foot pedestrian plaza on Vanderbilt Avenue between East 42nd and 43rd streets.

About 70 percent of its 1.7 million square feet is already leased by tenants from the finance, banking, law and real estate sectors, according to a SL Green spokeswoman.

Kathy Wylde, head of the Partnership for New York City, which organized the recent letter to the mayor about cleaning up commercial districts, said de Blasio’s attendance at the One Vanderbilt event was a step in the right direction.

“The mayor was appropriately celebrating a big project that is a hopeful sign for the city’s recovery. I thought his remarks were spot on,” she said.