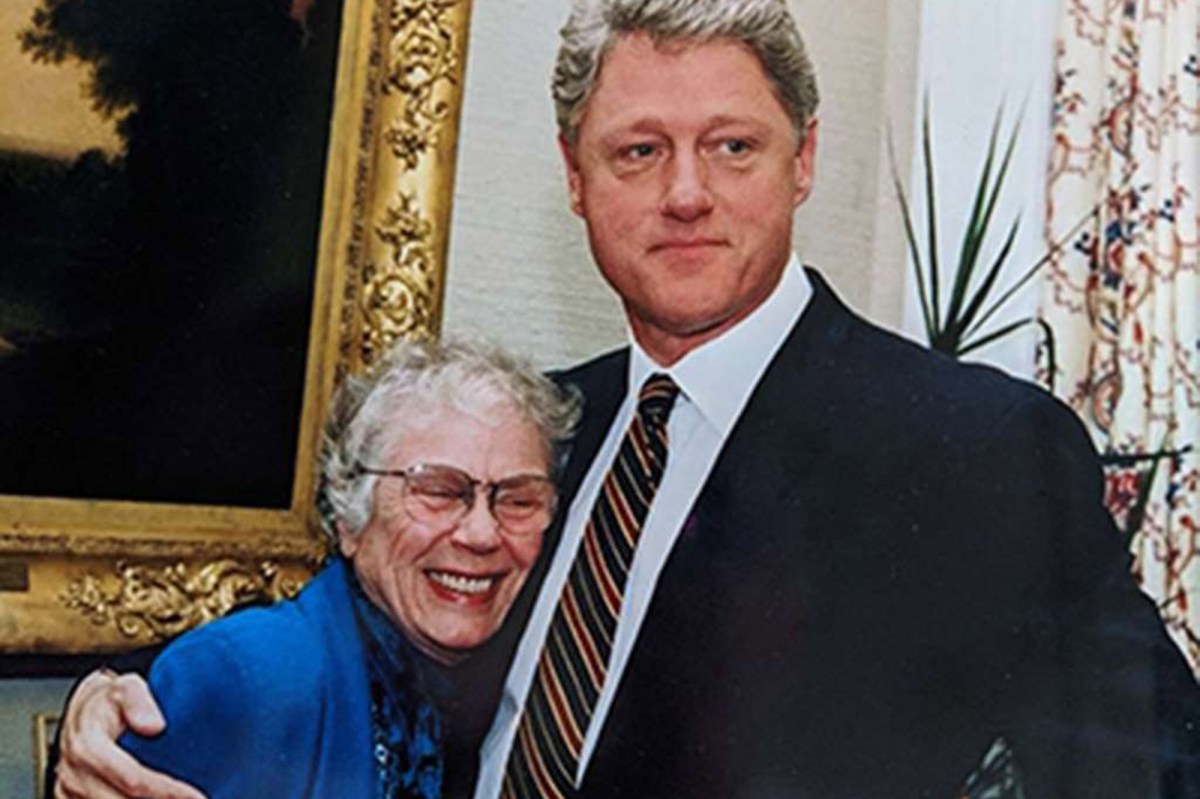 Lillian Brown, an Ohio-bred farm girl who went on to conceal the blemishes of nine US presidents after a series of karmic opportunities, passed away this month. She was 106.

Born in 1914 in McArthur Township, Brown grew up without electricity or running water, going to school in a pony cart with her six siblings, the New York Times reported.

Her adult life was marked by a peculiar line of professions: She initially became an elementary school teacher, working in the same one-room schoolhouse as her mother, before shifting to retail and working at a Cleveland department store. It was on the bus to work there that she met her husband, Navy pilot George Brown. They married in 1941, and eventually moved to the Washington, DC area in 1952 after living on a variety of military bases.

In Washington, Brown attended the same church as Dwight Eisenhower, which inspired her to successfully pitch a television series on presidents and their churches. From there, she went on to host a local public-service television show, for which she also took charge of her guests’ makeup. A producer for the series was impressed by how good Brown’s guests — including the male ones — looked after she did their makeup and hired her to do his guests’ makeup, too.

In addition to doing makeup, she also offered some of the most powerful people this nation has ever known quality advice on how to dress and speak, despite no formal training. She was known for carrying around a satchel with high black socks, a dark tie, powder, concealer, liquid foundation and Kleenex — the necessities.

“I didn’t know anything about makeup,” Brown said in a 2010 interview at Washington’s National Press Club, the Times reported. “But I could look at the monitor and look at the person and know what had to be done. I just went to the drugstore and bought anything I needed.”

She was able to amuse a sobbing President Richard M. Nixon long enough to clean up his tear-streaked face and get him camera-ready to announce his resignation following the Watergate scandal. She was often the one to remove Ronald Reagan’s blush, which he frequently appeared on set wearing too much of for producers’ tastes. She advised John F. Kennedy to take voice lessons.

She won multiple local Emmy Awards, taught a summer course for female political candidates at Yale and a public-speaking course at Georgetown University, which had such a long waiting list the school begged her not to retire when she left at age 95. Among the books she wrote, her 1994 “The Polished Politician,” continues to be used as a textbook.

She is survived by two daughters, three grandsons and two great-granddaughters.

“Unlike high-fashion makeup artists who want to make a person look as glamorous as possible,” she once told The Times, “my goal is to make people look exactly like themselves.”