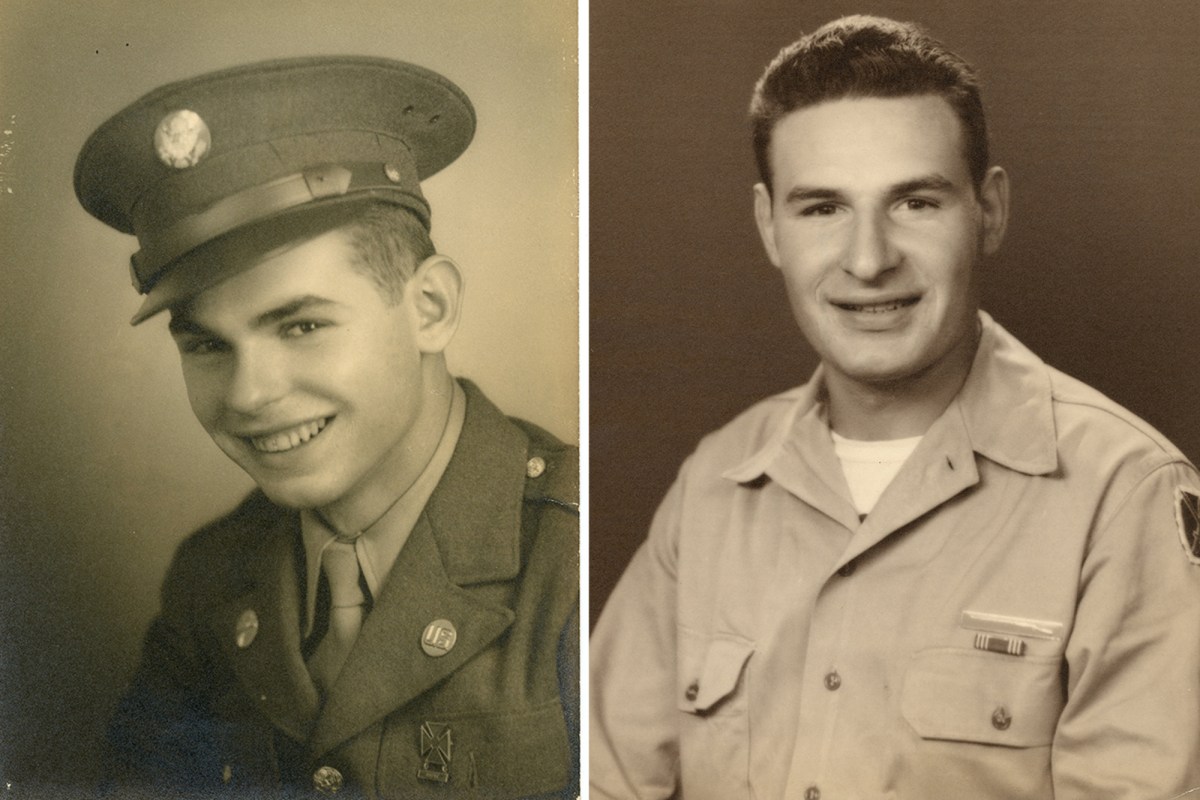 Alan Cahn was a young boy living in Forest Hills, when his cousins, Ferdinand and Alfred Lebrecht, were killed in combat during World War II.

“It is kind of a biblical story,” the 80-year-old Cahn told The Post.

The brothers were German Jews who had escaped Nazi Germany and settled on the Upper West Side less than a decade before. Ferdinand (”Ferdi”) died from a sniper’s bullet while rescuing five wounded comrades. When his parents — Cahn’s Uncle Willy and Aunt Emma — found out, they tried to get the younger Alfred sent home.

“They were so devastated,” recalled Cahn, a retired pharmacist who now lives outside of Chicago. They wrote to Jacob Javits, Secretary of War Henry Stimson and even First Lady Eleanor Roosevelt, pleading their case. Alfred was killed in action just three weeks later.

“To escape from Germany and then have their only two children go back and die in Germany fighting against the Nazis — that’s just a tragedy,” said Cahn. When Willy and Emma were asked if they wanted their sons’ bodies sent home, they said no. It would have been too painful.

That’s how the brothers ended up in an American World War II cemetery in France — one of 26 US military burial grounds located overseas.

Now, 75 years after their deaths, the Lebrecht boys are memorialized in “Brothers in Arms: Remembering Brothers Buried Side by Side in American World War II Cemeteries,” by Kevin Callahan. The book tells the stories of 72 sets of siblings who fought, died and were buried together.

The variety of families is astounding: from all over the country, across all different classes and ethnicities. There are Upper East Siders, Native Americans, Latino immigrants and a pair of Japanese Americans whose parents were in internment camps while the sons fought for the US.

The book includes three sets of brothers from New York City, including the Lebrechts.

“Seventy-five years ago, these service members made the ultimate sacrifice,” Callahan told The Post.

“It’s very emotional to go to these cemeteries and walk through name after name after name and then suddenly come across two names that are the same,” Callahan said. “Then you see they’re from the same state and you realize, ‘Oh my God — those are brothers.’ ”

As the father of three boys, and a brother himself, he added, he began to wonder: Who were these brothers, and who were the family members they left behind?

One of those grieving relatives is Catherine Appleton. She was a freshman at Barnard College when her two older brothers, Francis (Frank) and Whitney (Whit) Bangs, died in the war.

“Somebody came to the door and told us that Frank had died,” Appleton, now 94 and widowed, told The Post. Several months later, the family got another knock informing them about Whit. “It was horrible.”

The brothers were very different. “Frank was outgoing and very funny,” said Appleton, adding that he was a bit of a tech whiz, making his own shortwave radio and teaching himself Morse code at the age of 12. Whit, two years younger, was more of an artistic soul. “He was very shy. He was musical; he played the piano and the organ.”

The Bangs siblings led a privileged life — a Madison Avenue home, prep schools — but with a sense of duty. Their father, a prominent lawyer, had fought in World War I, and their mother was president of the American Birth Control League.

Frank was eager to follow in his father’s footsteps. When he was 17, he volunteered to serve the 703rd Tank Destroyer Battalion. He was killed Dec. 18, 1944, during the Battle of the Bulge.

Whit, on the other hand, was drafted after graduating from the tony St. Paul’s School. He was listed as Missing in Action in January 1945, but died in a German POW camp that March — due to an ear infection.

Frank and Whit are now at the Henri-Chapelle American Cemetery in Belgium. While Appleton, who now lives in Morristown, NJ, hasn’t visited, it does give her comfort to know they are side by side.

Cahn has visited his cousins’ graves, at the Lorraine American Cemetery in Saint-Avol, France, multiple times.

Cahn was disturbed when he went to the cemetery and saw that Ferdi and Alfred were buried under Christian crosses.

“Emma and Willie were not religious people at all, and they were so devastated that they didn’t care [how they were buried],” Cahn said of his aunt and uncle, who owned an ink-blotter factory on 23rd Street. “But I felt is was inappropriate that the boys would be buried under a cross.”

So about 30 years ago, Cahn wrote a letter to Washington, asking that the crosses be changed to Stars of David. It worked.

Cahn said that while the deaths of his cousins brought so much sadness to his family, it is also a source of pride: That two boys would so selflessly sacrifice themselves in the fight against the very forces they had escaped from.

“In my case, it’s very important that the legacy of the two boys and the meaning of their lives should be told over and over,” Cahn said.