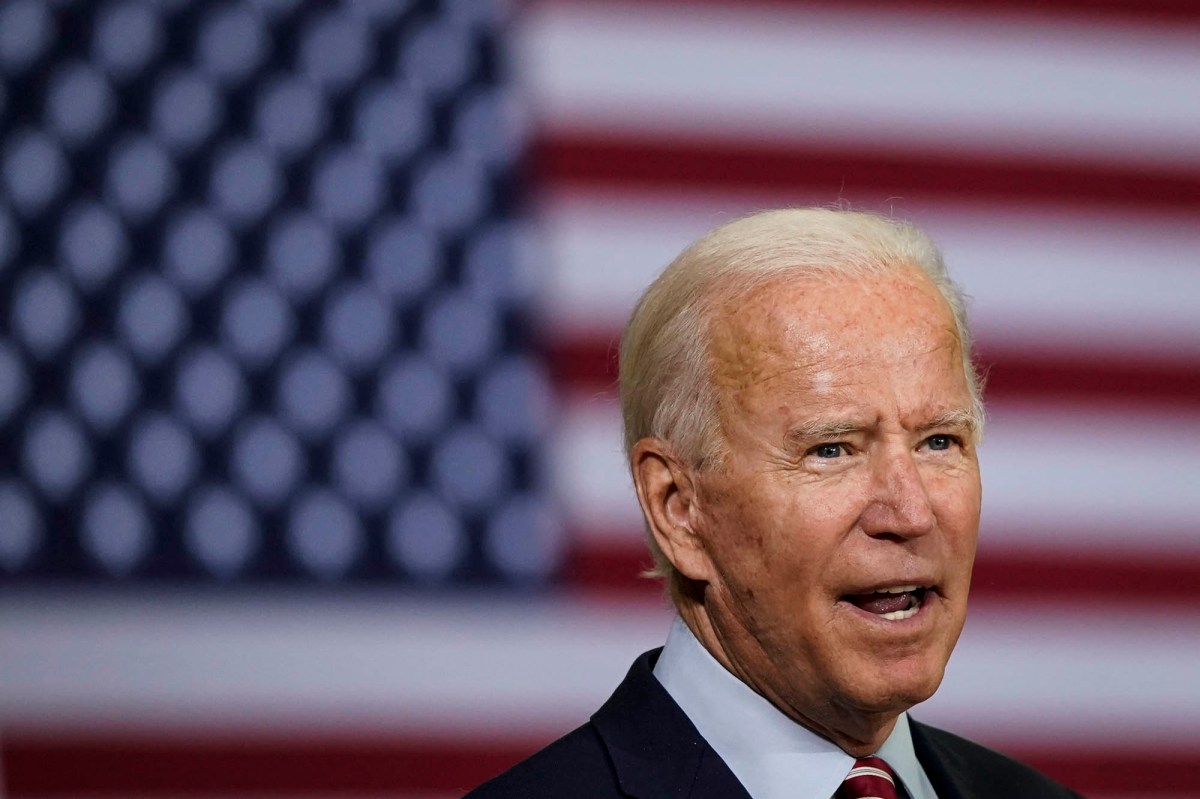 During a low-energy roundtable with veterans in Florida Tuesday, Joe Biden repeated his dubious claim that he removed 150,000 troops from Iraq as vice president as he also admitted that Trump seemed to be helping the middle class amid the coronavirus pandemic — an apparent oversight given his pro-union, blue collar platform.

Biden, 77, who again took no questions from reporters and could barely be heard through his mask even though he had a microphone, made his first visit to the Sunshine State amid polls which show his support among Hispanics, who make up a fifth of the Florida population, is trailing Trump.

At the discussion in Tampa, Biden spoke about his late son Beau Biden’s military record and also touted his legacy as Barack Obama’s veep, recounting how he got permission to withdraw 150,000 soldiers from Iraq and Afghanistan.

“It was particularly difficult when watching what happened during the heavy deployments, back in Iraq and Afghanistan, before I was able to get permission to bring home 150,000 troops,” he said.

The number of US troops in Iraq — a war Biden voted for — did fall in Obama’s first term from 150,000 to nearly zero.

But Biden failed to mention that 5,000 American soldiers were sent back to the region in 2011 after ISIS gained a foothold in Iraq because of the lack of US soldiers. The Obama-Biden administration also sent troops to Syria and Libya.

Biden spoke passionately about mental health issues, traumatic injuries and suicide among veterans but repeatedly cut himself off, telling the veterans he was talking for too long, and bizarrely ended his speech by comparing himself to a “poor relative.”

“The bad news is I show up when I’m invited,” Biden joked at the end of the round table.

He also spent a portion of the speech bashing President Trump’s response to the coronavirus pandemic, falsely claiming he was solely focused on the stock market, and questioned his payroll tax cut.

“He has focused only on making sure the stock market stays up and make sure it doesn’t decline because then it looks bad and the economy begins to droop for the very people that he most represents,” Biden claimed.

Honing in on the president’s desire to introduce a payroll tax cut for struggling Americans Biden said Trump was “trying to make it look like he’s actually helping some people that are in that struggling area to middle class area.”

“It’ll put more money in their pocket now and they say, ‘Oh God, he’s doing something to help me,’” Biden said.

“He wants to be able send that $1,200 check out per person because he literally signs it and he has his name on it.”

With just 49 days until the election, Biden and Trump are neck and neck in the Sunshine State polls, with the former veep leading by just 1.6 percentage points according to the RealClearPolitics polling average.