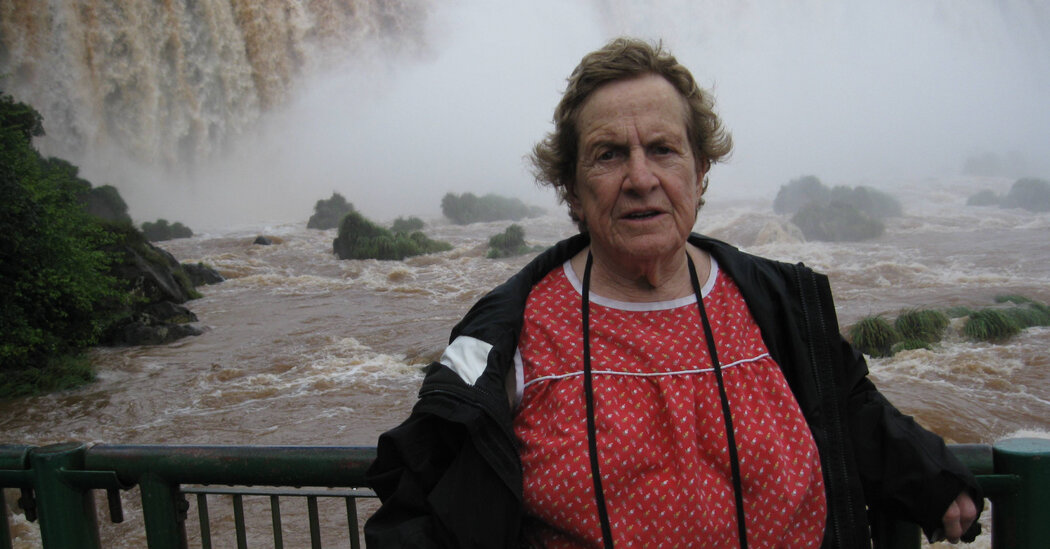 Joan Feynman was born on March 30, 1927, in Queens. Her father, Melville Arthur Feynman, was a businessman. Her mother, Lucille (Phillips) Feynman, was a homemaker.

At one point her father became ill, but her mother “didn’t know how to make a living,” Dr. Feynman said, so he continued to work. Later, as his daughter headed off to Oberlin College in Ohio, he advised her to learn to make a living “because you never know what life brings.”

“Only men made good livings,” she concluded, “so I figured I should go into a man’s profession.” She chose physics.

She graduated from Oberlin in 1948, the year she married Richard Hirshberg, also a scientist, whom she had met there; they separated in 1974 and later divorced. She married Mr. Ruzmaikin, who was 18 years her junior, in 1992. In addition to him and her son Charles, she is survived by another son, Matthew; a daughter, Susan Hirshberg; and four grandchildren. Her brother died in 1988 at 69.

After Oberlin, she went to graduate school at Syracuse University, where she found the sexism pervasive. One professor advised her to write her dissertation on cobwebs because that is what she would encounter while cleaning house. Rejecting this advice, she wrote a thesis titled “Absorption of Infrared Radiation in Crystals of Diamond-Type Lattice Structure.” She earned her doctorate in physics from Syracuse in 1958.

When she couldn’t find work, she spent a few years as a homemaker, which her son said left her depressed. She went to a psychiatrist, who urged her to apply to what is now called the Lamont-Doherty Earth Observatory at Columbia University. She was hired, and her career took off.