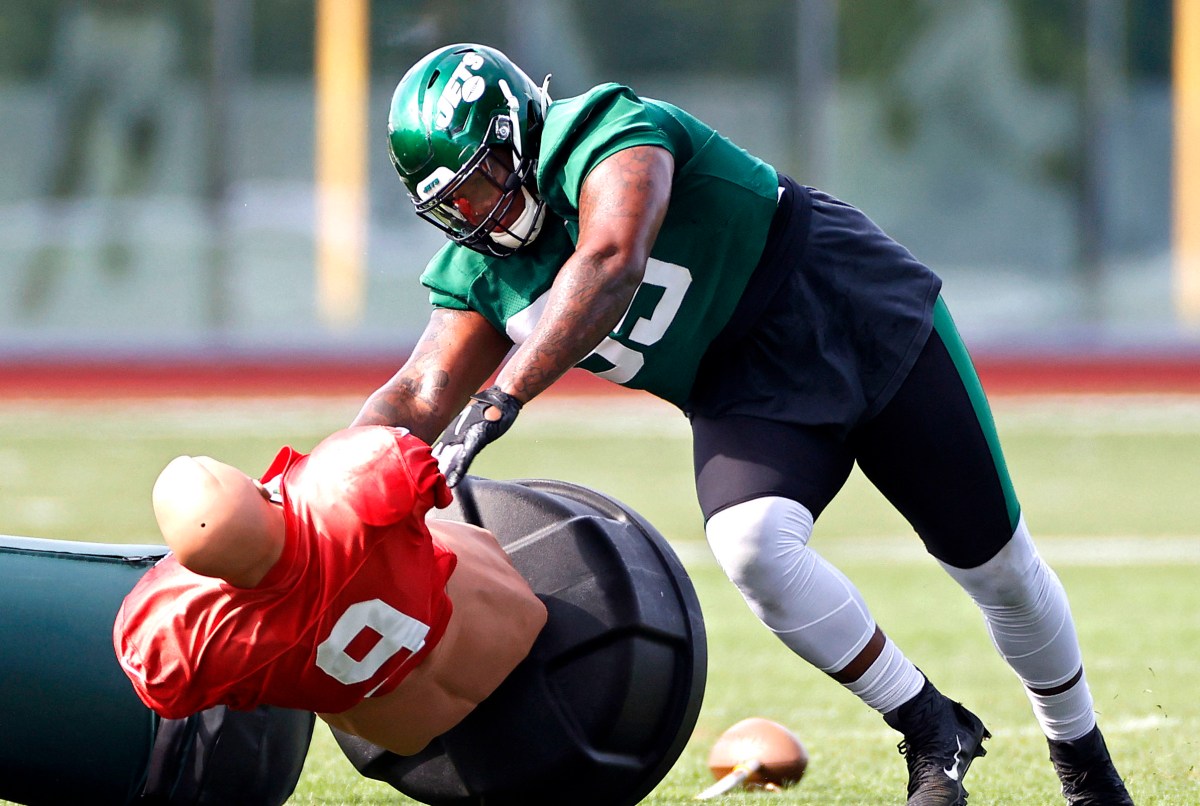 Gregg Williams said he believes Quinnen Williams has already taken “the next step” in his evolution as a player.

The Jets’ second-year defensive lineman didn’t shoot down such praise from his defensive coordinator, yet there is so much more he feels capable of being able to do right now.

After a lackluster rookie year in which he missed three games because of injury and produced 2.5 sacks and 28 tackles in 13 games, Quinnen Williams got into better shape in the offseason, dropping six pounds and adding muscle after changing his diet and training routine. In August, the third-overall pick of the 2019 draft said, “I’m going to be unstoppable.”

“That’s what I expect from myself,” he said. “My standards are super high for myself, so I feel like I haven’t [done] what I can do and I should be doing.”

Williams was only credited with three tackles and half of a tackle for loss in the setback to the Bills, but Gregg Williams saw a player disrupting the opposing offense, creating pressure and helping to stop the run.

“He was a part of, a major part of why the quarterback couldn’t step up into the pocket and was bouncing out of the pocket,” the defensive coordinator said. “He did a very good job of collapsing the pocket. With him too, got to get the ball out, punch the ball out, or get the big quarterback down, but he’s taken the next step and you know, we’re only going to see him do that week, by week, by week. He’s healthy and he’s playing very well.”

Asked to rate his own performance against the Bills, Quinnen Williams said he felt good about it. But he also indicated he was far from satisfied.

Amanda Gorman, Poet, Gets Modeling Agent and a Stage at the Super Bowl

If a bowler concedes a boundary, I know Shastri will shout at me: Bharat Arun | Cricket News – Times of India