Actress Jacqueline Fernandez finally got to meet her mother after almost 10 months and she is overjoyed.

Jacqueline shared a string of videos on Instagram Stories with her mother. The first clip features the actress’ mother, Kim, ironing clothes. Jacqueline wrote on the picture: “Mummy’s here!!!”

The mother-daughter duo also indulged in some filter fun. Jacqueline also was seen asking her mother how her workout went. On one video she wrote: “Mum it’s been 10 months I haven’t seen you.” 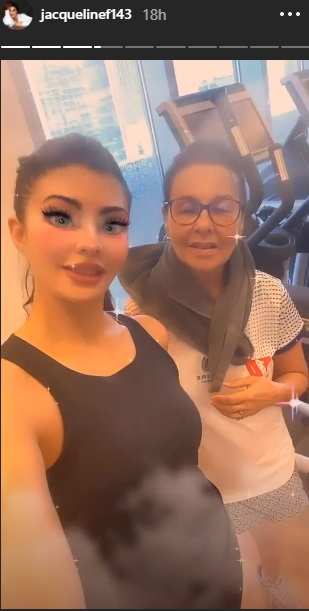 Adhering to the new normal and following all necessary precautions, ‘Kick’ actress Jacqueline Fernandez has started getting back to her work mode. The actress has headed to Dubai for a brand shoot.

Jacqueline will next be seen in the horror-comedy ‘Bhoot Police’, directed by Pawan Kripalani. The cast also includes Saif Ali Khan, Yami Gautam and Arjun Kapoor. She will also feature in ‘Kick 2’ co-starring Salman Khan.