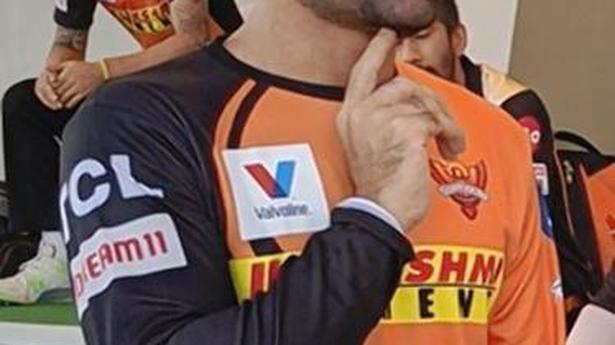 Rashid’s triple strike made all the difference, allowing Sunrisers to defend 162 for their first win of the Indian Premier League season, on September 29.

Sunrisers Hyderabad’s strike bowler Rashid Khan struggled to hold back tears, dedicating his Man of the Match performance against Delhi Capitals in the IPL to his mother and biggest fan who died earlier this year.

Rashid’s triple strike made all the difference, allowing Sunrisers to defend 162 for their first win of the Indian Premier League season, on September 29.

“It has been a tough one and a half year for me, first my dad expired and then my mom (in June this year). And it took a bit of time for me to come back.”

“My mom was my biggest fan, especially in the IPL and when I was the MoM, she would always talk to me through the night,” recalled an emotional Rashid at the post-match presentation.

Rashid said he did not feel the pressure going into the field and reaped the benefits of bowling quicker than usual on a slow surface.

“I bowled quicker today, when I started and bowled my first ball, I realized it. You need two three balls to know what the right pace is. In these conditions you need to bowl back of a length to the batsmen.

“Warner (captain) always backs me and tells me that you know what’s best for the team. Only when things aren’t going my way I go and ask the captain what to do.”

Delhi Capitals skipper Shreyas Iyer said his team did not read the conditions well in their first game here.

“They outplayed us in all three departments and credit to them for that. 162 was a par score on this wicket. It was surprising and in the second innings, it (pitch) was two-paced. When I went in, the ball wasn’t coming onto the bat. We thought dew would come on but we can’t give any reasons at this moment,” he said.

“We didn’t execute the way we wanted to. Lot of learnings from this wicket and conditions. Ricky went in (during the time-out) and we needed one batsman to take a chance as the required rate was pretty high.

“The ground is very big and we didn’t capitalise on taking doubles. We knew boundaries are big here and doubles will be key for us. It didn’t work out for us, hopefully next time we can maximize the opportunities,” he added.