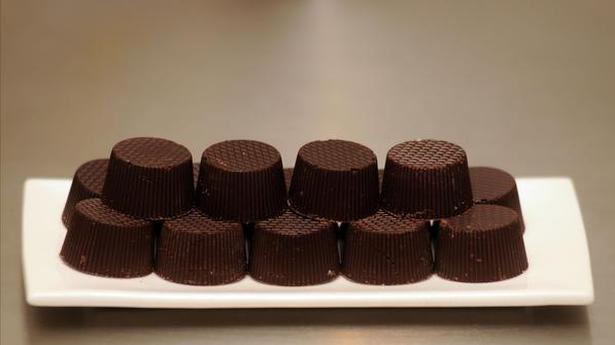 Chocolate is probably the most-loved confection in the world. But the bitter truth is that we are staring at an acute chocolate shortage a few years down the line. As we celebrate International Chocolate Day on September 13, let’s take a look at how chocolate is made and how climate change could impact its production.

Chocolate aficionados will perhaps say chocolate is the most endearing invention by humans. We have it when we are happy as well as when we are sad; when we celebrate something as also when we want to cheer ourselves up. Basically, we don’t need a reason to bite into this delight.

It wouldn’t be an exaggeration to say that it is the most popular sweet treat in the world. The global consumption is estimated to be at least 7.2 million metric tonnes every year.

How are chocolates produced?

Chocolate comes from fruits called pods that grow on cacao trees. The seeds, or the cacao beans, are the main ingredient in making chocolate, chocolate paste, cocoa powder, cocoa butter and so on. These cacao trees grow only in warm, humid regions near the Equator, largely in areas designated as rainforests. These places include parts of South America, Africa, and Southeast Asia.

Cacao seeds are harvested by hand and placed in large fermentation trays. Fermentation, which takes two to seven days, lends the beans their chocolate flavour. The beans are then dried under the sun and are taken to factories, where they are cleaned and roasted in rotating ovens. This process removes the seed-coat, giving us the remaining part – the nibs. The nibs are then ground to a paste called chocolate liquor, which is then combined with other ingredients such as cocoa butter, milk and sugar to make chocolates.

The story of chocolates

• Chocolate’s history goes back to 450 BC, when the Aztecs and the Mayans (ancient people of central Mexico) used cacao beans to concoct a drink called xocoatl. It was bitter and frothy, and was often mixed with chilli. The Mayans and the Aztecs believed that chocolate was a gift from the gods. (So, do we!)

• This chocolate drink was brought to Europe during the 16th Century when the Spanish started colonising South America.

• A powdered form of chocolate was prepared after ‘cocoa press’ was invented in 1828. People started adding milk to it and consumed it as ‘hot chocolate’. The powder was then mass-produced. And the hitherto drink of the elite became easily available for others.

• British chocolatier J.S. Fry and Sons introduced the chocolate bar in 1847. In the late 1800s, Milton S. Hershey (and it is his birthday – September 13 – that’s celebrated as International Chocolate Day) developed his own formula for milk chocolate. In 1923, the Mars Co. developed the Milky Way bar by putting nougat (made with sugar, honey and nuts) inside a chocolate bar.

• As time passed, chocolate lent itself to innovation. It took on different forms, depending on the ingredients, the percentage of cocoa, source of the beans and production method.

Is dark chocolate good for you?

As dark chocolate has a higher percentage of cocoa solids compared to milk chocolate, it is considered healthier. Dark chocolates are believed to be good for the heart and the brain. They are often thought to lift one’s mood.

Cacao is rich in flavanols, chemical compounds found in many vegetables and fruits. The antioxidant properties of flavanols have been shown to benefit the heart. Studies have demonstrated that flavonoids reduce unhealthy cholesterol and lower insulin resistance. Flavanols are also good for the brain and the digestive system, as they have neuro-protective and anti-inflammatory benefits. But scientists warn people not to be carried away by these findings, as most of these studies that focus on the flavanol have been funded by big chocolate manufacturers. As chocolates, dark or otherwise, contain unhealthy amounts of saturated fat and sugar, they should be consumed with caution. These ingredients tend to increase your risk of obesity and dental troubles.

• But with climate change, these conditions are changing. For cacao plants, the change in humidity is a major issue. In tropical environments, rising temperatures lead to increased evaporation rates and decreased humidity, causing cacao crops to suffer.

• Cote d’Ivoire, Ghana (both in Africa), and Indonesia are the leading cocoa-producing countries. But research indicates that these countries will experience a 2.1°C increase in temperature by 2050. This in turn will affect rainfall and humidity. As a result, viable land set aside for cacao trees will significantly shrink.

• This has prompted experts to predict that chocolate production will take a big hit. While chocolate will not go off the shelves completely, it will become rare and expensive. The market may shift from more accessible chocolates to more luxurious ones. That is, in the coming years, we may have to shell out more for chocolates.

• Chocolate production can also harm the environment. Farmers often clear forests to make room for cacao plantations. About 70% of illegal deforestation in Cote d’Ivoire can be attributed to the demand-driven cacao farming.

• Cacao plants consume a lot of water. According to National Geographic, it takes 1,700 litres of water to make a 100-gm chocolate bar. That’s about 10 bathtubs of water for one bar of chocolate.