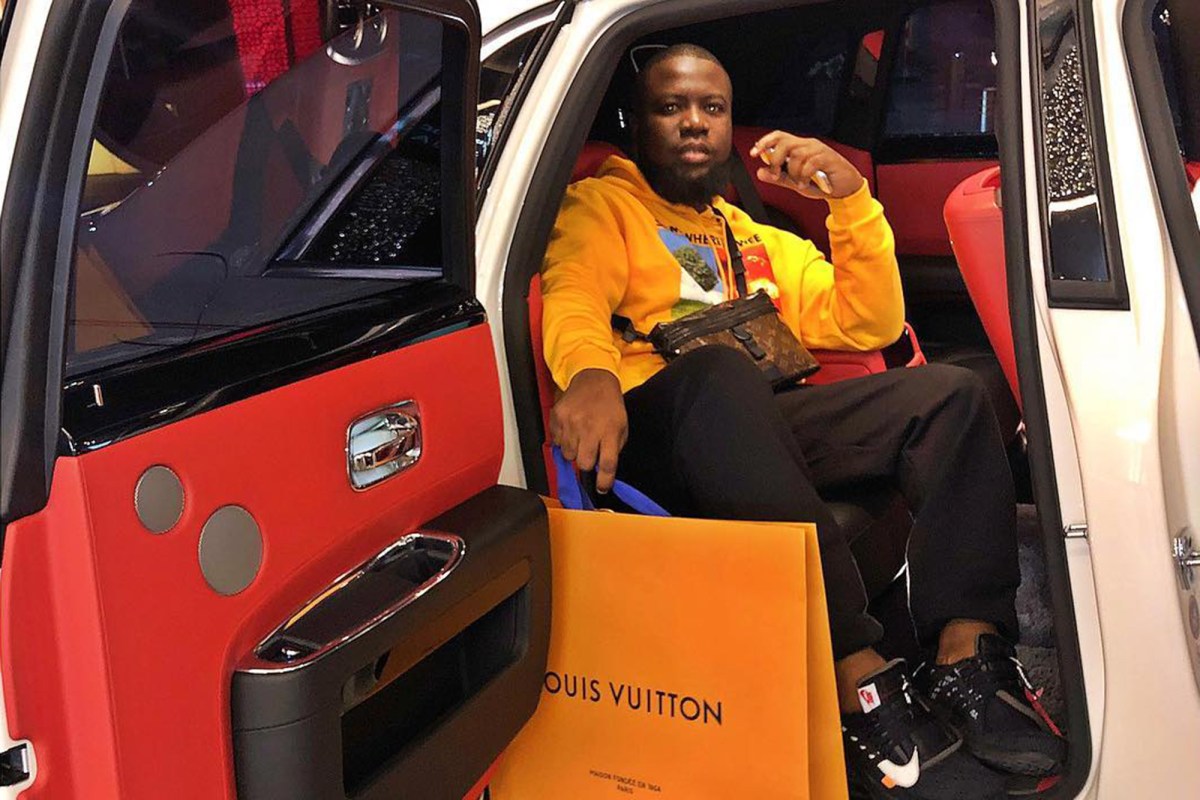 The Instagram show-off known as “Hushpuppi” tooled around the world in a Ferrari and a Maybach, ordered crates of champagne at nightclubs and sported $150,000 diamond-festooned wristwatches. He claimed his luggage traveled in its own Rolls-Royce. He kept warm on private jets by covering himself in a Louis Vuitton blanket. Boasting about his wealth while calling some of his 2.5 million Instagram followers “peasants,” Hushpuppi also appeared to have an ego that was criminally large.

The same could be said for his alleged professions: money launderer, perpetrator of wire fraud and Internet scam artist.

In June, the 37-year-old was arrested in Dubai. A court document claims he and co-conspirators “[targeted] victims around the world in schemes designed to steal hundreds of millions of dollars.” Hushpuppi is charged with conspiring to launder that money.

They’re alleged to have swindled millions through an online scheme known as “business email compromise”: Basically, they created email addresses just a couple letters off from ones for law firms and other “businesses that perform wire-transfer payments,” according to a Secret Service agent who investigates these types of crimes. Victims are tricked into sending money to bank accounts that the criminals control.

“These crimes are heartbreaking,” Brian Krebs, the editor of KrebsOnSecurity.com, told The Post. “Victims send payments to the wrong place and, nine times out of ten, the money is gone.”

Hushpuppi claims to have accumulated his $20 million net worth through real estate investing. He underscored the point to his Instagram followers with virtual tours of his suite at the Palazzo Versace Hotel in Dubai, where everything from the sofas to the dinner plates bears the design house’s imprimatur. Never mind that the local rich consider the building gauche.

“If you’re from UAE, you don’t stay in Palazzo Versace,” a Dubai socialite sniffed to The Post. She once met Hushpuppi at a party but didn’t know who he was — which no doubt cut the influencer like a knife. “He said, ‘Hi, I’m Hush’ and talked about being an influencer,” she recalled. “ I was, like, ‘Hush?’ I thought I misheard him.”

According to the Nigerian newspaper The Cable, Hushpuppi was born Ramon Abbas and grew up poor in bustling Lagos, with a cab driver father and a mother who sold bread by the side of the road. Hushpuppi himself washed cars before falling into a seedy underworld.

That’s where he reportedly learned about Yahoo Yahoo. Named for the company that was once the sole web provider in Nigeria, it was a moniker used for a number of Internet frauds.

“The most common format involved pretending to be an American soldier stranded in Africa,” Femi Owolabi, a journalist at The Cable, told The Post. “They would send emails, requesting money for help, to people in America.”

Hushpuppi allegedly had a knack for Yahoo Yahoo and “he became a rising star . . . Then he went to South Africa and met people who showed him how to do it [at a higher level].”

After his first big score, he bought a Rolex and posted pictures of it online.

Over a matter of years, he moved on to Malaysia and the UAE, allegedly growing the scam along the way. Owolabi called Hushpuppi “the ring leader” and said, “he had a broad network. He could sit there and relax and make money.”

But it wasn’t simply enough to “make” the money, or even to spend it. His posts on Instagram go back to 2012 and grow increasingly more ostentatious over time.

They also take on a tinge of nastiness. A photo showing the interior of his Rolls Royce is captioned “This post is just to hurt my enemies.” A gorgeously arranged plate of nouvelle cuisine puts out the message, “Hope y’all ate today.”

His followers ate it up: “Bossman Hush” and “Literally my motivation,” they commented.

Unlike a lot of online braggarts, who might rent a luxury car to pose in front of, Hushpuppi’s spoils were apparently legit. A representative at the private jet charter company Jetex confirmed that he flew with them. An employee in the luxe Dubai Mall told The Post: “He was in here everyday.”

Meanwhile, Hushpuppi was being watched by the FBI and Interpol. And being a show-off is what brought him down.

On Oct. 12, 2018, he posted a photo of his birthday cake — topped with a figurine of him alongside seven Fendi shopping bags. That helped investigators confirm his date of birth and track him to a visa application.

When a SWAT team pushed into suite 1802 at the Palazzo Versace in June, they found designer goods and bundles of cash. Between Hushpuppi and 11 others, officials report recovering $40 million in cash, 13 automobiles collectively worth $6.8 million, 47 smartphones and some 2 million email addresses of potential victims.

Hush was apprehended as part of a raid, dubbed Operation Foxhunt 2, that took down a dozen Nigerians living in Dubai. They stand accused of running scams that netted some $456 million.

Hushpuppi, thought to be a leader of the gang, was transported to Los Angeles. His lawyer, Gal Pissetzky, maintained that his client earns money as an influencer.

A statement from Nigeria’s government says that its Economic and Financial Crimes Commission is familiar with “grisly details of [Hushpuppi’s] money laundering transactions.”

According to the Secret Service agent: “[Criminals] usually target businesses that regularly perform wire-transfer payments.” The scams begin when “an employee of the business has an email discussion with a client. It gets intercepted” — through social engineering or hacking or via codes purchased on the dark web — “and then there is a request [from the crooks posing as the client] for a transfer of funds.”

Intercepted texts show Hushpuppi giving orders and receiving progress reports. On the alleged laundering of $14.7 million, possibly stolen from a bank in Malta, Hushpuppi appeared to oversee the juggling of bank accounts.

His followers have turned on him. One past post showed Hushpuppi chilling in designer garb with the caption, “The God I serve doesn’t want me to struggle . . .”

Post-arrest, a commenter gloated, “Guess God putting you in jail.”

OMI IN A HELLCAT: The YouTube star’s (717K subscribers) New Jersey home was raided by the FBI in 2019, reportedly in relation to copyright infringement and possible money laundering. He has said he made his money legally.

MOMPHA: A Nigerian native like Hushpuppi, Mompha (984K Instagram followers) was arrested in October. He pleaded not guilty to fraud and money laundering, among other charges.