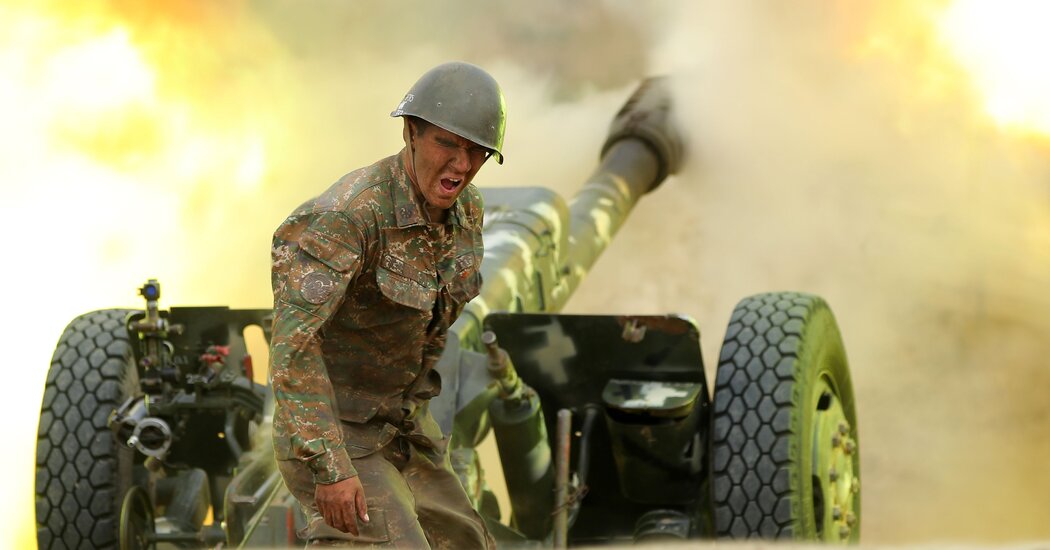 Turkish armed drones, similar to the United States’ Predator, are being used widely for the first time in the disputed region in the fighting that broke out this weekend, Richard Giragosian, director of the Regional Studies Center in Yerevan, said in telephone interview.

Their appearance, he said, was another indication that the Nagorno-Karabakh conflict, which simmered for decades without much interest from outside powers, has now become part of Russia’s broader competition for influence with Turkey.

The fighting has so far taken place in mostly unpopulated areas formerly inhabited by ethnic Azerbaijanis in a security buffer zone around the Nagorno-Karabakh region, which has declared itself an independent country but is not recognized as such by other nations. About 600,000 Azerbaijanis were driven from Nagorno-Karabakh in the war three decades ago.

But shelling has also hit populated areas in Nagorno-Karabakh. The military of the breakaway enclave said Tuesday that 84 of its soldiers had died in the fighting.

Both Armenia and Azerbaijan have in the past threatened to target strategic infrastructure in one another’s countries, such as dams or power plants, if war came. The Russian-made Tornado, or Smerch, rocket launcher that Armenia on Tuesday accused Azerbaijan of deploying, for example, has a range of more than 50 miles, enough to reach well into Armenia.

“They’ve said these things so we have to take them at face value,” Lawrence Sheets, president of Eurasian International Analytical, said in a telephone interview of the threats of strategic strikes. “We cannot discount it completely and we don’t know which direction this will go.”

On Tuesday, the Turkish foreign ministry said in a statement cited by a Turkish news agency that Istanbul would support Azerbaijan diplomatically and “on the battlefield” if needed. Russia and two other states mediating the 1990s truce, the United States and France, have called for another negotiated cease-fire.