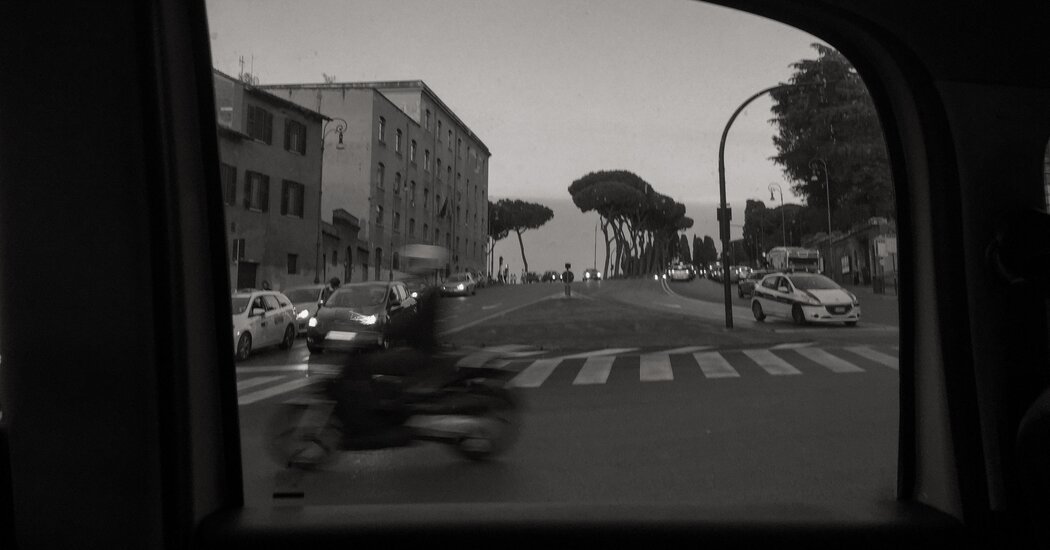 Less than a year after I went to Naples, the Metropolitan Museum received “The Martyrdom of St. Ursula” on loan. I was able to see it side by side with “The Denial of St. Peter,” which is in the Met’s collection. Because we know he died not long after, we cannot help reading these paintings through the lens of a late style, as works that convey both the tremendous skill of the artist and his sense of hurry. They are paintings of great economy and psychological depth. The fear in St. Peter’s eyes, the grief on St. Ursula’s face: Was this the insight of a man who knew his life was almost over? It’s tempting to think so. But Caravaggio expected to recover from his injuries of the previous year. He expected a pardon from the pope. Even with a large body of work behind him already, he was only 38. He must have thought he was just getting started. He wasn’t moving from life into death, like John the Baptist. He was moving from death back into life, like Lazarus. So he thought; so he hoped.

It was in the summer of 1610 that Caravaggio received word that a pardon was being arranged for him in Rome, with the involvement of his old patron Cardinal Scipione Borghese. He left Naples on a felucca, a sailing boat, in the middle of July, taking three paintings with him as presents for the cardinal. A week later, he was in Palo, a coastal fort town 20 miles west of Rome, from which he presumably planned to make his way to the city. But something went wrong in Palo. On disembarking, Caravaggio got into a scuffle with the officers of the fort and was arrested. The felucca set sail without him but with his paintings still on board. It headed north to the coast of Tuscany, to the small town of Porto Ercole. Possibly there was another passenger to drop off. When Caravaggio was released, days later, he hurried over land in the direction of Porto Ercole, a day’s ride. Upon arrival, he collapsed in an exhausted heap. The felucca arrived around the same time.

It was a hot July day in 2016 when I headed to Porto Ercole. My train from Rome passed by Palo after about 30 minutes and arrived in Orbetello-Monte Argentario an hour and a half later. I imagined it could have been a fever-inducing journey in July 1610. I stayed in Orbetello and took a taxi from there the following morning, across a spit of land that ends in the promontory of Monte Argentario, on the southern side of which is Porto Ercole. I had breakfast at a cafe on the rocky beach. A quartet of visitors was seated near me, two of them, from their accents, American. One American was an older man. “Well maybe this guy will win the election, and he can put an end to all that,” the man said. “Political correctness is just crazy. You’re not even allowed to compliment anyone anymore. They’ll cry sexual harassment.” He held forth with the attitude of one who wished to be overheard. He complained about his ex-wife. The other three companions nodded sympathetically.

Caravaggio never painted the sea. I search his oeuvre in vain for a seascape; vistas of any kind are rare. We can address only what has survived of his work, and in what has survived, there are no swells, no waves, no oceanic calms, no shipwrecks or beaches, no sunsets over water. And yet his final years made a chart of the sea, and his ports of call were all literal ports, portals of hope, of which Porto Ercole was the final, unanticipated stop. He’s buried somewhere there, perhaps on the beach, perhaps in a local church. But his real body can be said to be elsewhere: the body, that is, of his painterly achievement, which has gone out to dozens of other places around the world, all the places where wall labels say “d. 1610, Porto Ercole.”

He was a murderer, a slaveholder, a terror and a pest. But I don’t go to Caravaggio to be reminded of how good people are and certainly not because of how good he was. To the contrary: I seek him out for a certain kind of otherwise unbearable knowledge. Here was an artist who depicted fruit in its ripeness and at the moment it had begun to rot, an artist who painted flesh at its most delicately seductive and most grievously injured. When he showed suffering, he showed it so startlingly well because he was on both sides of it: He meted it out to others and received it in his own body. Caravaggio is long dead, as are his victims. What remains is the work, and I don’t have to love him to know that I need to know what he knows, the knowledge that hums, centuries later, on the surface of his paintings, knowledge of all the pain, loneliness, beauty, fear and awful vulnerability our bodies have in common.

I walked down to the harbor in Porto Ercole. Small boats in their neat dozens bobbed on the water, and I asked one of the waiting men to take me out. The air was clear, the water a deep blue with faint hints of purple. For the second time on my journey, I got into a boat. We zipped along, and when the boatman took his shirt off, I did the same. He seemed to be in his early 50s, and he said he had always lived in Porto Ercole. He spoke little English. When I told him I was from New York, he grinned and gave me a thumbs up. “Oh, New York!” he said. We were a couple of miles out. Did he know of Caravaggio? Of course he did. He pointed to the beach. “Caravaggio!” he said, still smiling.

I signaled to him to cut the engine. It sputtered to a stop, and the silence came rushing in, so that the only sound was that of the waves lapping at the hull as the boat rose and fell on the Mediterranean.

Teju Cole is a writer and photographer. He wrote the magazine’s National Magazine Award-nominated On Photography column from 2015 to 2019. His novel “Open City” won the PEN/Hemingway Award in 2012 and the Internationaler Literaturpreis in 2013 and was on the short list for the National Book Critics Circle Award. His photo book “Blind Spot” was a finalist for the Paris Photo-Aperture Foundation First PhotoBook Award in 2017. Cole is a 2018 Guggenheim fellow and teaches writing at Harvard.

Monitoring the Weather at the Edge of the World