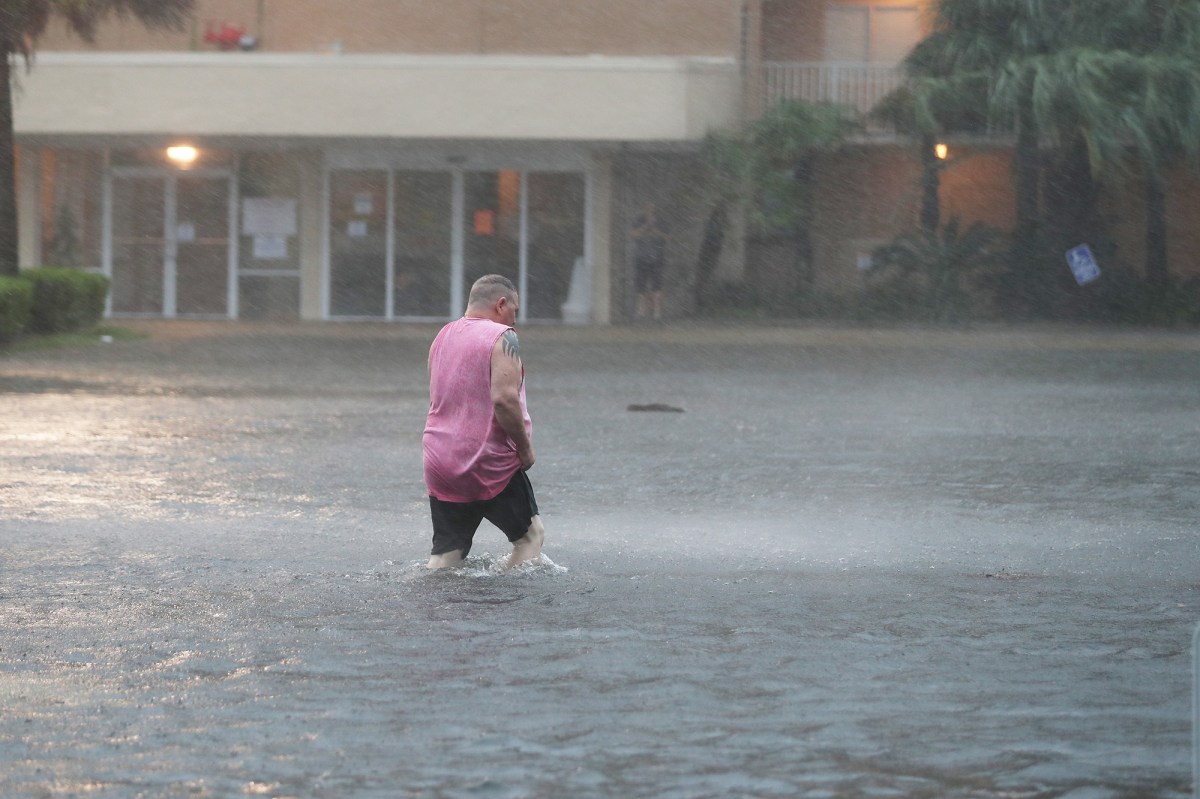 A slow-moving Hurricane Sally made landfall early Wednesday near Gulf Shores, Alabama, as a Category 2 storm packing winds of 105 mph, according to the National Hurricane Center, which warned of “life-threatening” flooding.

Forecasters warned of a coastal storm surge that will cause dangerous flooding from the Florida Panhandle to Mississippi and well inland in the next few days.

About 150,000 homes and businesses had lost electricity by early Wednesday as powerful winds pummel the area, according to the poweroutage.us site.

In Escambia County, Chief Sheriff’s Deputy Chip Simmons promised to keep his officers out with residents as long as physically possible. The county includes Pensacola in Florida, one of the largest cities on the Gulf Coast.

Pensacola police urged people to stay off the roads because hazardous debris “have become too numerous to list,” according to CNN.

Alabama Gov. Kay Ivey warned on Twitter: “Hurricane Sally is nothing to take for granted. We’re looking at record flooding, perhaps breaking historic levels, and with rising water comes a greater risk for loss of life and loss of property.”

Florida Gov. Ron DeSantis said he has declared a state of emergency in 13 counties.

“Floridians in these counties should prepare for strong winds and severe flooding,” he warned on Twitter.

Rainfall of up 20 inches is expected across Mississippi, Alabama and the Florida Panhandle, with isolated amounts of 30 inches also possible.

Sally will weaken quickly and pick up speed as it tracks inland across Alabama and Georgia later Wednesday through Thursday, according to Weather.com.

Active coronavirus cases surge past 50,000 in Pakistan – Times of India

This Japanese Shop Is 1,020 Years Old. It Knows a Bit About Surviving Crises.