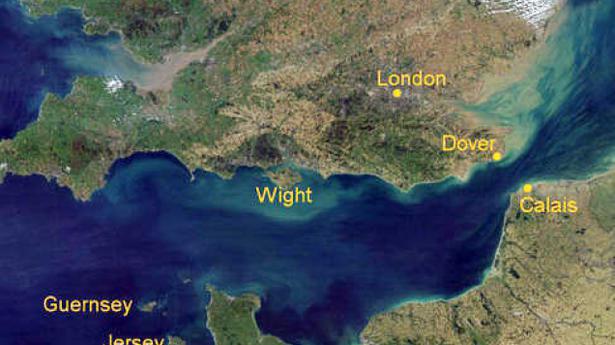 They have long used northern France as a launching point to reach Britain, either stowed in trucks or on ferries

Hundreds of migrants have taken advantage of the warm weather and calm seas in the English Channel to reach the UK in a flurry of small boat crossings, British officials said on Wednesday.

The Home Office said at least 393 people made the crossing aboard 26 boats on Tuesday.

The Press Association news agency reported that this brings the number of migrants who arrived in Britain in September to at least 1,880 – roughly the same number believed to have crossed the Channel in the whole of 2019.

Dozens of men, women and children picked up by border control vessels were seen arriving in Dover harbor on the southern English coast, and many had to line up before they were allowed to disembark because of the large number of arrivals.

Bella Sankey, director of humanitarian charity Detention Action, said it has been the busiest month for the crossings on record. She added that British Home Secretary Priti Patel’s pledge to make Channel crossings unviable now lies in tatters. Dan O’Mahoney, the government’s newly-appointed Clandestine Channel Threat Commander, met with the French ambassador on Tuesday to discuss the crisis.

Migrants have long used northern France as a launching point to reach Britain, either stowed in trucks or on ferries. Many appear to have turned to small boats organized by smugglers during the coronavirus pandemic because virus restrictions have reduced traffic between France and Britain.

Active coronavirus cases surge past 50,000 in Pakistan – Times of India

This Japanese Shop Is 1,020 Years Old. It Knows a Bit About Surviving Crises.