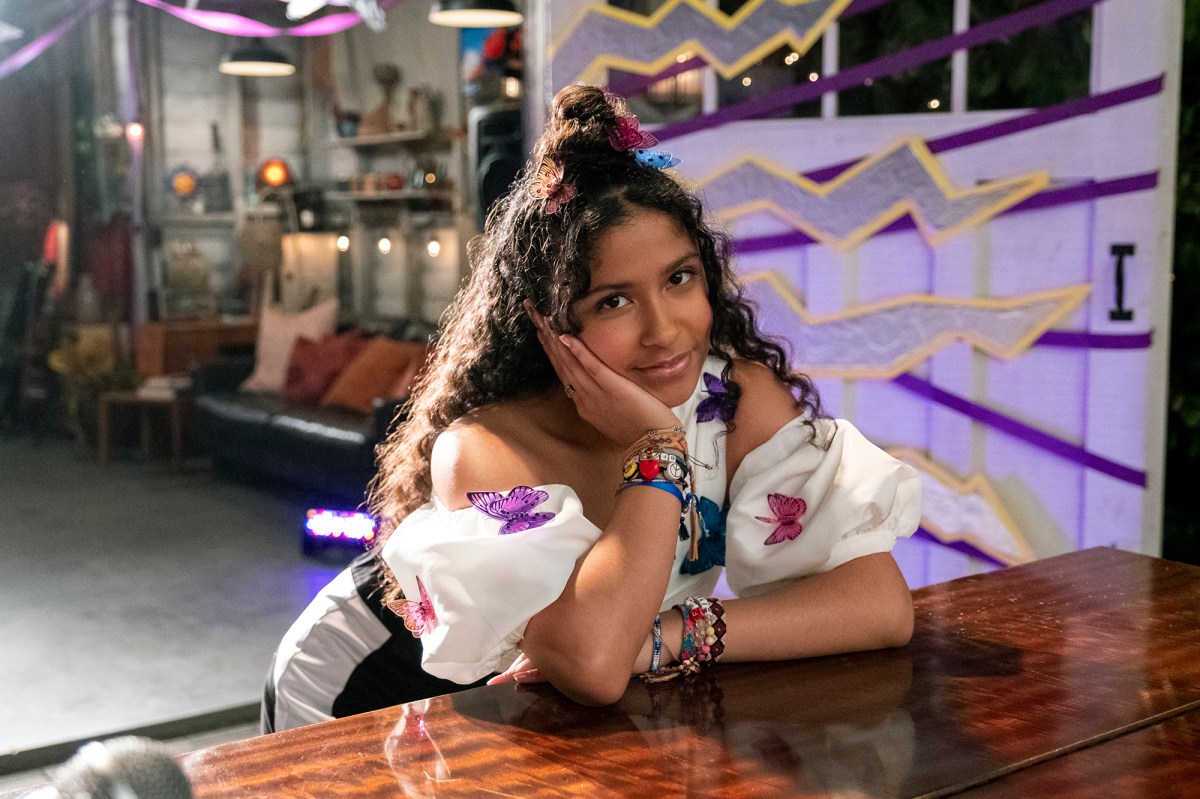 Madison Reyes says her starring role in “Julie and the Phantoms” was tailor-made for her.

“I remember reading Julie’s character description: ‘A 15-year-old Latin American girl, she’s a high school student, she likes playing the piano and she can sing,’” Reyes, 16, tells The Post.

“I was like, ‘This reminds me of me!’ It really caught my attention.”

The musical comedy series, available on Netflix, follows California high schooler Julie (Reyes), who’s grieving and struggling with her natural music talents in the wake of her mother’s death. When she finds an old CD from Sunset Curve — a boy band whose members died in 1995 on the brink of making it big — she accidentally summons their ghosts.

Julie, mysteriously, is the only living person who can see them; she and band members Luke (Charlie Gillepsie), Alex (Owen Joyner) and Reggie (Jeremy Shada) join forces to help each other find meaning in their lives — and afterlives.

Through the titular band they form together, Julie is able to rediscover her joie de vivre and prove herself in her school’s music program — and the three “phantoms” discover that the world can see and hear them when they play with Julie.

“She experiences the things that teenagers go through — grief and loss — [and] those things are not talked about much in kids’ shows,” says Reyes, who grew up in Brooklyn. “And also the music aspect was a plus, because not only do I get to act, I get to sing and perform, which is something that I’ve always wanted to do. It was like a little present gifted to me.”

The actors all sing and play real instruments in the show’s musical numbers, though Reyes says they did that through a combination of live filming and then editing in the tracks so the sound would be in sync.

“What was really cool about it was that Kenny established that we do have a say in the process. He really made it clear to us that we were his partners, not like he was a boss and we were his workers,” says Reyes. “He really wanted us to know that it was a team effort. Being able to work with the man who does so much for different generations is incredible and surreal.”

Reyes, who’s now in high school in Pennsylvania, says that the production worked around her schedule as a student.

“I tried to give [the audition] my all, which was hard because I had [freshman year] finals. When I did get the callback, Netflix and the others were very caring, like ‘Let’s get you to finish school first and then we’ll have you come out.’ So I finished my finals and the next day I was on a plane to LA.

“I constantly look back on how things just fell into place,” she says. “Growing up I was like, ‘I want to be an actress; I want to be in a band and be a singer.’ You’re constantly flip-flopping. So being able to have this gig where I get to do all of these things that I love so much in one go was amazing. There’s a lot of things I want to try [next], like be in a superhero movie or in a Disney princess movie or going on Broadway.

From Hrithik Roshan’s ‘Fighter’ to untitled film with Prabhas: Deepika Padukone’s upcoming films we can’t wait to watch | The Times of India