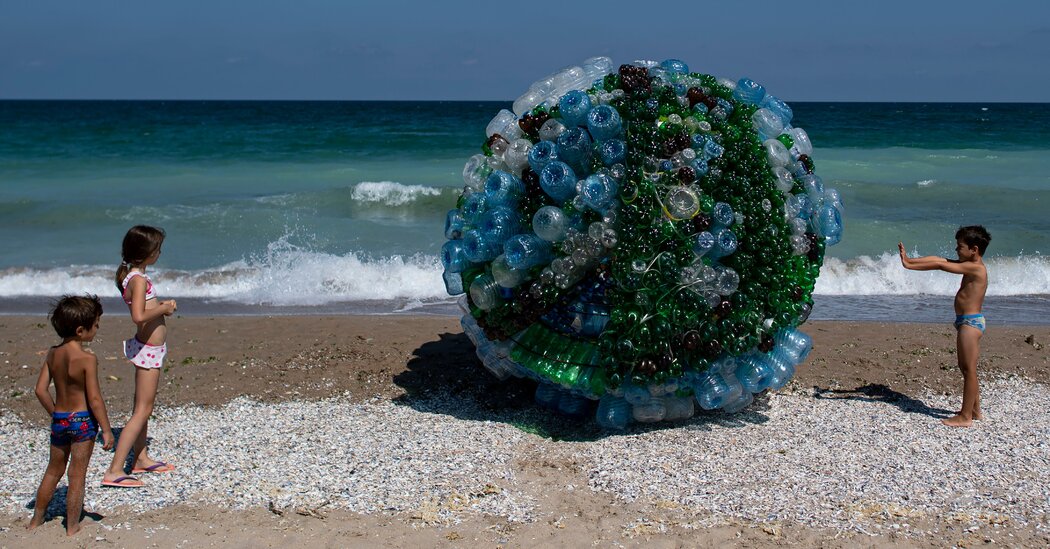 Why the coronavirus affects children much less severely than adults has become an enduring mystery of the pandemic. The vast majority of children do not get sick; when they do, they usually recover.

The first study to compare the immune response in children with that in adults suggests a reason for children’s relative good fortune. In children, a branch of the immune system that evolved to protect against unfamiliar pathogens rapidly destroys the coronavirus before it wreaks damage on their bodies, according to the research, published this week in Science Translational Medicine.

“The bottom line is, yes, children do respond differently immunologically to this virus, and it seems to be protecting the kids,” said Dr. Betsy Herold, a pediatric infectious disease expert at Albert Einstein College of Medicine who led the study.

In adults, the immune response is much more muted, she and her colleagues found.

When the body encounters an unfamiliar pathogen, it responds within hours with a flurry of immune activity, called an innate immune response. The body’s defenders are quickly recruited to the fight and begin releasing signals calling for backup.

Children more often encounter pathogens that are new to their immune systems. Their innate defense is fast and overwhelming.

Over time, as the immune system encounters pathogen after pathogen, it builds up a repertoire of known villains. By the time the body reaches adulthood, it relies on a more sophisticated and specialized system adapted to remembering and fighting specific threats.

If the innate immune system resembles emergency responders first on the scene, the adaptive system represents the skilled specialists at the hospital.

The adaptive system makes sense biologically because adults rarely encounter a virus for the first time, said Dr. Michael Mina, a pediatric immunologist at the Harvard T.H. Chan School of Epidemiology in Boston.

But the coronavirus is new to everyone, and the innate system fades as adults grow older, leaving them more vulnerable. In the time it takes for an adult body to get the specialized adaptive system up and running, the virus has had time to do harm, Dr. Herold’s research suggests.

She and her colleagues compared immune responses in 60 adults and 65 children and young adults under the age of 24, all of whom were hospitalized at the Montefiore Medical Center in New York City from March 13 to May 17.

The patients included 20 children with multisystem inflammatory syndrome, the severe and sometimes deadly immune overreaction linked to the coronavirus.

Over all, the children were only mildly affected by the virus, compared with adults, mostly reporting gastrointestinal symptoms like diarrhea and a loss of taste or smell. Only five children needed mechanical ventilation, compared with 22 of the adults; two children died, compared with 17 adults.

Children had much higher blood levels of two particular immune molecules, interleukin 17A and interferon gamma, the researchers found. The molecules were most abundant in the youngest patients and decreased progressively with age.

“We think that is protecting these younger children, particularly from severe respiratory disease, because that’s really the major difference between the adults and the kids,” Dr. Herold said.

In some adult Covid-19 patients, she added, the lack of a strong early response also may be setting off an intense and unregulated adaptive reaction that may lead to acute respiratory distress syndrome and death.

“We think that also protects them from sort of making the more vigorous adaptive immune response that’s associated with that hyper-inflammation,” Dr. Herold said.

Other experts said the study was well done but suffered — as most studies of the coronavirus do — from enrolling patients too late in the infection.

The innate immune response is set off hours after exposure to a pathogen, but people generally don’t come to the hospital until about a week after infection with the coronavirus, when symptoms are severe, said Akiko Iwasaki, an immunologist at Yale University.

That’s too late to study how the innate immune system responds to the virus, she said, adding, “By the time people are sick, it’s way past that time point.”

Still, the new data negate a couple of popular theories about why children are protected from the virus, she said.

Some scientists have suspected that children may fare better because they tend to have had more recent exposure to coronaviruses that cause common colds, which might offer them some protection.

But the new study found no significant differences in the immune responses to those viruses between the groups, Dr. Iwasaki noted.

Another theory held that children generate a stronger antibody response that clears the virus more efficiently than in adults. But the new study found that the sickest older people actually produced the most powerful antibodies.

That result may confirm a nagging worry among researchers: that the presence of those potent antibodies contributes to the illness in adults, instead of helping them fight the virus — a phenomenon called antibody-dependent enhancement. Vaccine manufacturers are carefully monitoring trial subjects for signs of this problem.

“That’s a theme that everybody’s been dancing around,” said Dr. Jane C. Burns, a pediatric infectious disease expert at University of California, San Diego. “Is it possible that high titers of some antibodies actually are bad for you, as opposed to good for you?”

Researchers also must learn what happens in children after the initial immune surge, Dr. Burns said. Children produce a strong immune response, but their bodies must turn it off quickly after the danger has passed.

If this virus becomes endemic, like the coronaviruses causing common colds, children eventually will develop adaptive defenses so strong that they will not experience the problems that adults are having now, Dr. Mina said.

“We will eventually age out of this virus.”

NASA’s Mega Rocket to the Moon Faces Setback After Test

NASA Cuts Short Test of Its Giant Rocket to the Moon

What could go wrong during the test?