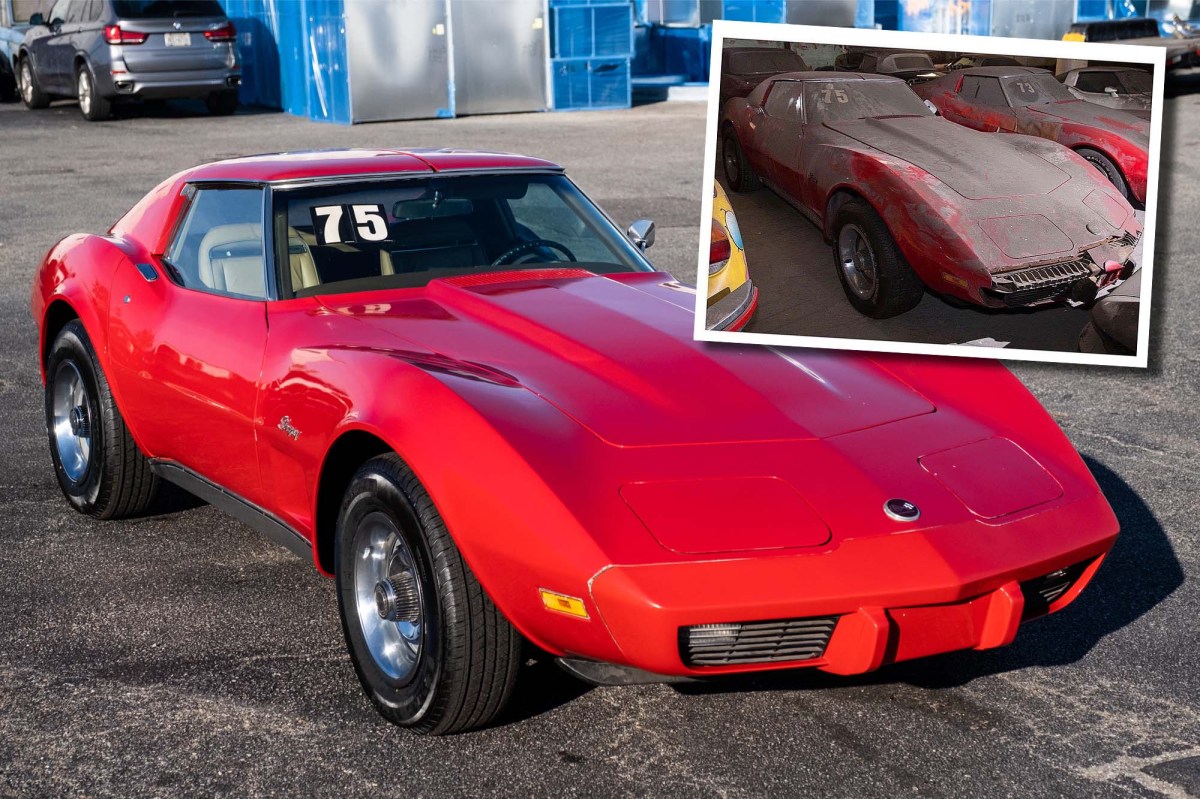 Thomas Barnes already has two vintage Corvettes parked in his NJ home’s garage. But scoring one for a measly $25? That’s a first.

The 74-year-old retiree told The Post he didn’t believe he had won at first. “Then we did a Zoom. I saw two guys sitting in front of five Corvettes. I said, ‘Are they real?’”

They are, and Barnes is hoping to snag the 1957 model (winners have not yet been notified of their specific rides). “It’s rare,” said Barnes of the $100,000 classic.

The winners will receive their wheels at a ceremony in Times Square. “It will be a Corvette museum,” said Chris Mazzilli, 55, co-owner of Dream Car Restorations in Hicksville, LI, which brought the cars up to speed, of the event.

Bankrolling the endeavor are guys from two big real-estate families, the Spindlers and Hellers. Their collection includes every Corvette model produced from its 1953 debut until 1989. “It’s all about saving the cars and bringing them back to life,” said Scott Heller, 69, founder of the Heller Organization.

The fleet originated as a a giveaway by VH-1 in ’89. Within 48 hours of winning, Dennis Amodeo, from Long Island, sold the collection to pop artist Peter Max for $250,000 in cash and $250,000 in art; in the deal, he would get a cut of the profits after Max painted the cars and peddled them to collectors.

But Max never got around to painting the vehicles — “Thank God he didn’t,” said Adam Spindler, 49, whose family owns Park-It Management. “The value would be gone now” — and the prized racers grew dusty and corroded for more than 25 years in NYC garages.

In 2014, Spindler and Heller bought them from Max with the intention of raising money for a military charity. The remaining 26 will be raffled off next year.

The two men just have one regret. They didn’t drive the cars for fear of damaging them.

“Maybe a winner will let me drive the car home for him,” Spindler said. “Hopefully, the guy will live in California.”

The iconic model, with its old-school curves, was towed into Dream Car Restorations with its nose slightly bruised. “We cut out the broken pieces [in the front of the car] and laid in new fiberglass,” said shop co-owner David Weber. “Insulation was falling off of the wiring, which could have led to a fire, so we put in a new electrical system. The convertible top was dirty and needed to be cleaned up. But when I say ‘cleaned-up,’ I mean 12 to 15 hours with a scrub brush.”

Just about every one of the cars came in with flat tires, but this Corvette appeared to be a unique case. “This one also needed hubcaps; we replaced them with a set of originals that we pulled from our collection at the shop,” said Weber. “We cleaned and polished the body and put in a new gas tank. The original one was corroded from the inside due to gasoline that had been left in there for decades.”

Weber characterizes the 1964 as “a freak” — but in a good way. “I never saw a car sit for 25 years and just start right up,” he said. “This one, I put a battery charger on it, turned the key and it immediately started. It’s the only one of the 36 to do that.” Beyond that, though, its condition was far from cherry. Weber and his crew replaced the brakes, rebuilt the front end, gave the car a tune-up and applied a serious scrubbing to the inside. “This car’s silver interior is rare and it cleaned up real nice.”

Restorer Mazzilli characterizes the before version of the ’75 — boasting characteristic flip lights and a minimalist profile that gives it an iconic Vette appearance — as “one of the rougher looking cars” in the fleet. It had four flat tires and cracked fiberglass in the rear. Another vehicle had tapped it, and, given the Corvette’s delicate body, that is enough to cause serious damage. Dream Car Restorations replaced the dinged exterior and painted it fiery red to seamlessly match the rest.

This one looked almost right from 20 feet away. But, as Mazzilli got closer, he saw all kinds of wrong. “The paint was dull, the steering wheel was cracked,” he said. “Tires were dry rotted, aluminum wheels corroded, the leather upholstery was cracked.” The interior got a complete overhaul: Its console had to be dyed back to its original light gray color (officially known as “oyster”) and the carpet was ripped out and replaced. A modern radio was put in, too. Under the body, there are new brakes and shocks plus a rebuilt front-suspension.

The people behind the COVID 19 vaccine reaching you