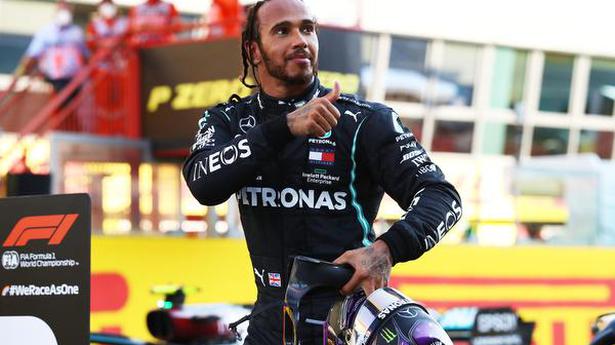 Lewis Hamilton celebrated the 90th win of his Formula One career, one short of Michael Schumacher’s all-time record, after a crazy crash-strewn Tuscan Grand Prix on Sunday that was twice stopped and re-started.

“It was all a bit of a daze. It was like three races in one day,” gasped Hamilton, who finished 4.880 seconds clear of Bottas for a record 222nd points finish. The race was Ferrari’s 1,000th GP but all it could manage was eighth through Charles Leclerc.

The race was first stopped eight laps in after a mass-collision among backmarkers when the safety car, deployed at the end of the opening lap, headed back into the pits. It was red-flagged again with 13 laps remaining when Canadian Lance Stroll crashed his Racing Point after an apparent puncture.